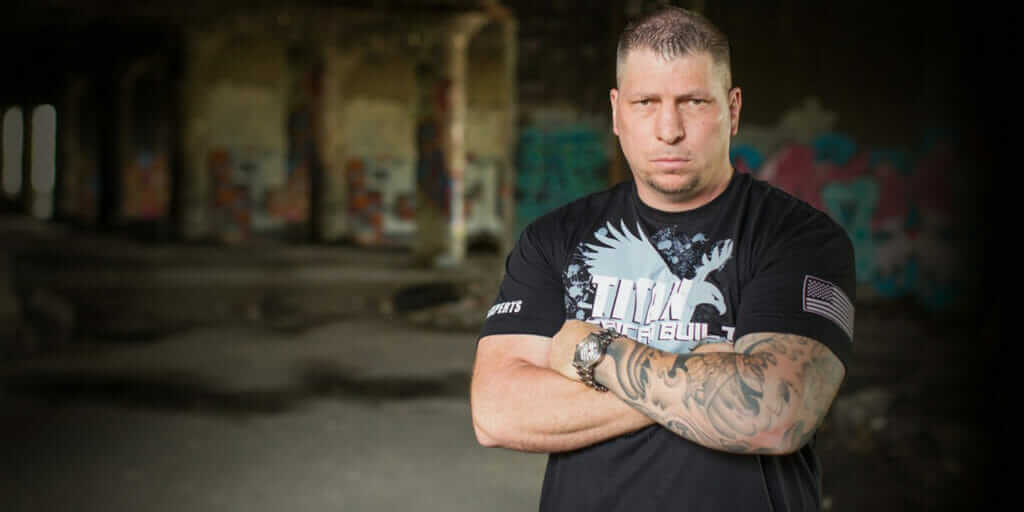 Titan Gilroy is a machinist, businessman, reality-TV star, and now an educator. With accolades like that, it might be surprising to learn that his personal history has more stripes and bars than classrooms and boardrooms.

But Gilroy’s story is no secret: After a successful amateur boxing career and a contract from Top Rank to turn professional, he got into a nightclub fight that led to a 16-year prison sentence. Good behavior earned him an early release, and Gilroy realized that the fight—or the need to fight, even in the boxing ring—was gone. A different, more productive passion was waiting.

His first job out of prison was an entry-level position at a small machining shop, where Gilroy worked overtime, took evening classes, and moved from novice CNC-machine operator to foreman within a year. He excelled in this challenging industry: 10 years and a robust skill set later, he opened his own precision machine shop, Titan America MFG, in Rocklin, CA.

In the past decade, he’s expanded his business, putting it—and himself—on the map of truly innovative American creators. As manufacturing capabilities and technology have improved, Gilroy has grown with them. Today, he machines component parts destined for use in larger machines, like rockets and underwater rovers.

In addition to his shop, Gilroy has his own reality TV show, Titans of CNC. In 2016, Gilroy also launched a free online educational platform, Titans of CNC: Academy, to help train future machinists to be better, faster, and more creative. That’s how Gilroy says the United States will reclaim its manufacturing mantle, restoring the country as the “Undisputed Champion of Manufacturing.”

“We have a whole workforce that I truly believe is ready to go to work, but they don’t have the skills yet,” he says. Creating that workforce requires a new way of teaching, and that’s something Gilroy believes that Titans of CNC: Academy can deliver.

Gilroy is sitting on hundreds of hours of teaching material, and he’s ready to put it to work to train the next manufacturing generation. “I’ve got terabytes and terabytes of media—I have more machine videos than anybody in the entire industry,” he says. “So I just decided I’m going to take that curriculum, put it on steroids, and build it up.”

Gilroy’s method, as he explains it, is basically doing everything backward, which is the key to kids, hobbyists, and machinists learning quickly. “Most schools start kids on a computer and have them sitting at a desk for months before actually making something,” he says. “Because of the advances in CAD, CAM, CNC, and tooling, I can teach design, then programming, and then machining—all within the first week of class.”

By designing their own parts and machining them from the start, students quickly get the hands-on knowledge they could never glean from a book. The trick, Gilroy says, is to run many projects, from very simple shapes to complex parts, through a repetitive process that allows for small advancements with each successive part. “Students need to make a complete part from day one,” Gilroy says. “They need to make mistakes and fail. They need to solve problems.”

Since the Academy’s online launch, Gilroy says, more than 10,000 users have signed up, including more than 350 registered teachers. “CNC machining is on the highest end in manufacturing, so the workers want jobs that pay well,” he says. “I’m creating a platform that’s free to train all of them the right way. That’s my way of saying, ‘Hey, let’s build this workforce.’”

It’s precisely because these manufacturing jobs pay well that many are convinced that America has ceded its manufacturing jobs to other countries. The assumption is, the workers are cheaper, the process is less expensive, and companies reap big financial rewards for outsourcing. That, Gilroy says, is simply not true.

“Americans lift something up and assume it’s made in China,” he says. “They don’t even think about it because they just think that’s how it’s supposed to be. My whole existence—the show, the education platform, and everything—is to pull back the curtains to show people that our industry can compete.”

Many also believe that workforce automation—and technology in general—is slashing the workforce. Gilroy says that’s also not true from his perspective. Machines aren’t reducing the number of people needed to create products; they’re speeding up processes and increasing efficiency. That, in the end, makes the products cheaper, which increases American businesses’ ability to stand toe-to-toe with overseas manufacturers and fight for business.

“A lot of people tell me, ‘Automation is killing jobs,’ and it’s just false,” he says. “Where you once might have had 1,000 shops with 100 people, now you’re going to have 100,000 shops with 30 people.” That, Gilroy says, is largely because of automation and computers, not in spite of them.

“You’ll actually have more people in the workforce, and they’re actually paid higher because they’re multitasking with robots, automation, and computers,” he says. “We have CNC machines that are capable of machining at incredible speeds. We only run them, on average, at about 10, 20, or maybe 30 percent of what they’re capable of. If you go to 60 percent, all of a sudden, you’re making a cheaper part. Then, if you add in automation, that takes it all to a way higher level.”

By pushing the available tools to their limits and training tomorrow’s machinists to do it right, Gilroy sees a future with American manufacturing back on top. “When somebody complains about our kids and says their future is lost and that manufacturing can’t be done, that’s when I say: ‘Let’s get it done!’’’ he says. “Solving problems, that’s all I want to do. I love it.”

And with that mind-set, Gilroy is well positioned to help America reclaim its manufacturing greatness. It will be bigger, stronger, and more competitive—in part because, like Gilroy, American manufacturers aren’t going to back down from a good fight.