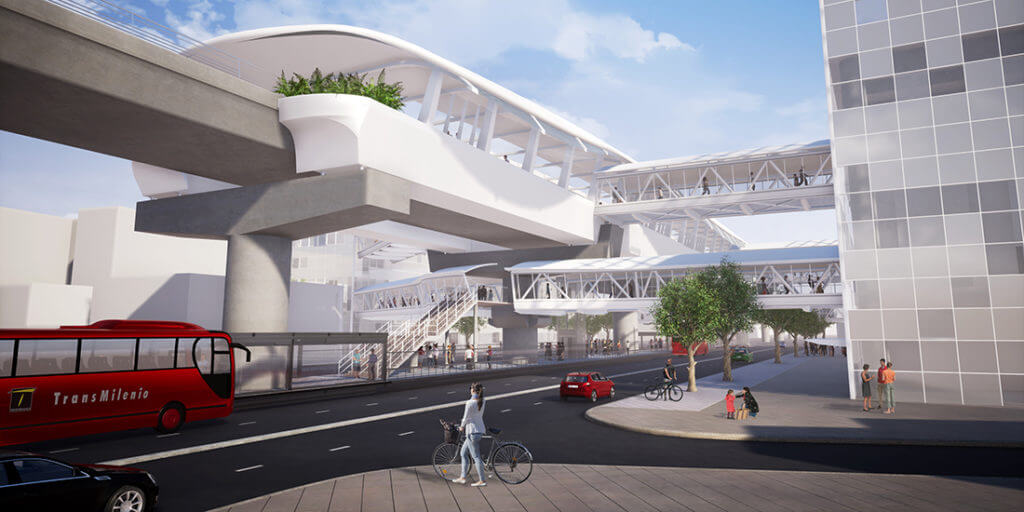 Bogotá, Colombia’s BRT (bus rapid transit) system is studied around the globe as a budget- and eco-friendly way to meet heavy mass-transit demand with efficiency that traditional buses can’t match. The 62-mile TransMilenio bus system is one of the most well-regarded BRT systems in the world; transport is on bus-only surface streets and serves stations where fares are often paid before boarding, similar to a metro. But despite accolades from urban planners, the BRT is overwhelmed, subject to frequent rider protests—even riots—over issues such as overcrowding, price, and wait times.

That’s where Paris-based urban-transportation engineering and design firm SYSTRA comes in. “It’s necessary to get a Metro-type solution to face the growth in Bogotá’s population,” says Pierre Gosset, chief technical officer of the firm, which is decades into planning a heavy-rail metro system for the capital city. The new infrastructure can’t be implemented soon enough: By next year, Bogotá’s population is forecasted to reach 8.3 million. Traffic data agency INRiX also ranked Bogotá one of 15 worst capital cities for congestion.

To conceive its heavy-rail metro system for Bogotá, SYSTRA has been running computer simulations of circulation time between and through stations, comparing the capacity of heavy rail to other transit types and weighing the cost of land acquisition for above- and below-ground trains.

It’s been an equation the rapidly growing city has been working at for some time. SYSTRA has been involved with planning the Bogotá Metro since the ’80s, but the city’s earliest efforts began in the ’40s, when it had fewer than a million residents.

Construction is set to begin at the end of 2022 and will proceed from the southwest to the north following the axial boulevard Avenue Caracas in the central section. SYSTRA and the local government spent 18 months planning the route.

The first phase of this fully automatic metro will be able to transport 36,000 people per hour, per direction, and extensions will eventually reduce the minimum time interval between trains from 180 seconds to 100 seconds, increasing capacity to 65,000 passengers per hour, per direction. By uniting the BRT lines with a spine of heavy rail, the plan will also “totally reshape the bus network,” Gosset says.

Colombia’s national government will pay 70 percent of the cost, and local contributions will be gathered by Bogotá’s mayor, who has a long track record shepherding ambitious public-transit projects. Mayor Enrique Peñalosa introduced the TransMilenio bus systems back in 2000; after two unsuccessful campaigns to lead the city again, he was reelected in 2015, with the metro as one of his signature issues.

Previous iterations of the metro involved underground trains, but SYSTRA and Bogotá have opted for an elevated train system for budgetary reasons (it’s 28 percent cheaper) and expediency (it shaves 24 months off construction time). Meeting the project’s timeframe will also require closely synchronizing construction planning with other large-scale developments in the city.

The metro’s station designs will vary, and several stations will connect to the TransMilenio system. “It’s not one size fits all,” Gosset says. Instead of hiring a signature architect to work with SYSTRA, Bogotá is having the French firm design the system itself. Some stations will connect to adjacent buildings with skywalks, lending a high-tech air of superstructure, enhanced by biomorphic curves.

The elevated trains will establish a visual presence for the metro, which has given cities such as Chicago iconic mass-transit identities. Gosset describes the architectural style as “light” and “fluid,” with minimal amounts of concrete. The brilliant white, open-air stations deploy canopies and shaggy, green walls that evoke the city’s warm, mild climate.

SYSTRA’s ability to develop a global BIM model of the infrastructure that integrates the surrounding urban development and the TransMilenio system has been key in evaluating the environmental and visual impact of the elevated route and supporting the decision-making process. The firm’s work was honored with the BIM d’Argent award at Le Moniteur’s annual BIM d’Or celebration for its work developing a BIM tender design for the entire system infrastructure (using Autodesk Revit, Civil 3D, InfraWorks, Navisworks, and Dynamo). Its BIM processes ensured efficient collaboration between Bogotá and Paris teams as well as secure design integration, and its enriched tender data will help contractors better appropriate the project and secure the tendering process.

Gosset sees the rail system as an “ecological transition” for Bogotá, as the electricity-powered metro will pollute less than the diesel bus system, which had already significantly reduced pollution. He says he expects an improved rider experience compared to buses, and because the trains will be automated and driverless, they’ll be more efficient and more flexible.

Maximizing the capacity of these trains means increasing the number of trains on the tracks and running them closer together, so safety concerns become much more central than with BRT systems alone. “The types of incidents and accidents you have with buses compared with a metro are very different,” Gosset says.

One factor in any mass-transit plan, but particularly important in South America, is bringing disadvantaged residents from remote areas into the city center where the higher-quality jobs are. Economic development was a primary reason for Bogotá’s new gondola line, the TransMiCable, which provides the Ciudad Bolivar neighborhood with access to Bogotá’s central business district.

For Gosset, each layer of transit planning reinforces the need for others; a virtuous circle of car-free urbanism. For increasing populations, mass-transit development is not just a solution; it’s also an accelerant. Typically, Gosset says, better transit raises standards of living, prompting more urban emigrants, and thus more transit capacity. “With additional people coming to the city, you have additional transportation needs,” he says. “Usually we see that within 5 to 10 years there’s a second line, a third line, and a fourth line.”