Buildings are some of the largest sources of greenhouse-gas emissions; they’re also full of toxic chemicals that can make people sick. Eric Corey Freed, who was recently named director of sustainability at CannonDesign, summarizes the problem succinctly: “The way we build our buildings is stupid.”

Freed has spent his career pushing the design profession to do better. He argues that architects should work with nature, rather than against it—specifically, by tapping into the potential of biomimicry and biophilic design for sustainable architecture.

Biomimicry and biophilia aren’t new concepts, but many designers aren’t sure how to define (or differentiate between) them. But Freed believes that, as the climate crisis escalates, the most important thing to understand is the incredible potential of these approaches. “The larger vision is getting us to zero-carbon, healthy, and vibrant buildings for all,” he says. “Mainstreaming biomimicry—designing the way nature does—and biophilic design—integrating nature into design—is a vital way to accomplish this.” 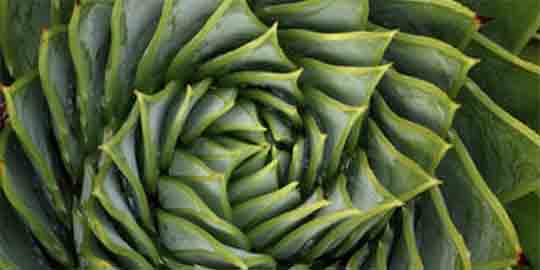 And in a scenario like the one everyone is facing now, with people required to stay within the confines of their homes, it’s more important than ever to make those homes healthy, safe, and in tune with the natural world. Here are three ways that architects can help make this concept a reality.

1. Bring Nature Into Every Project

To get ideas for their work, designers often turn to websites filled with glamour shots of new buildings. They may be better off taking a stroll through the woods instead. “The world is full of wonder,” Freed says. “If we as designers open our eyes to it, we should find endless inspiration everywhere—and not in a hippie way, but in a very tangible, deployable way.”

Consider form. There are countless ways to incorporate natural forms into a building: modeling columns after trees, for example, or using botanical motifs in wall coverings and textiles.

Biophilia, or humans’ innate love of nature, is one compelling reason to make this leap. For Etsy’s 198,635-square-foot headquarters in Brooklyn, NY, biophilic design was a key part of the strategy by architecture and design firm Gensler for promoting employee happiness, health, and productivity. The team filled the space with greenery, commissioned plant-themed artwork, and minimized the use of straight walls and right angles to echo the irregularity found in the wild.

One simple way to start bringing nature into projects, Freed says, is to carefully study the unique properties of each site—the surrounding terrain, the path of the sun, the climate, and the flora and fauna. Some of these elements can then be foregrounded in the architecture.

“One thing I commonly do when we’re looking to integrate the building into the site is go around and collect samples—leaf samples, stone samples, flower samples, patterns,” Freed says. “We’ll document them, scan them in, color-correct them, and have them as a repository of the site.”

See Also: This Start-Up Is Building Affordable Housing for All

This design strategy echoes nature’s own logic, he says. Organisms evolve in response to the conditions around them; architecture should, as well. “It’s what Frank Lloyd Wright used to describe as organic architecture,” he says. “That creative process of, ‘we’re not coming in with a preconceived form, but rather we’re part of this community, and we’re growing outward.’ How can we be inspired by nature in general, and the site specifically, to give us forms we wouldn’t have thought of?”

Understanding how nature solves problems can help architects create buildings that work in harmony with natural systems—the planet’s atmosphere and the human body, for example. For billions of years, nature has been optimizing living beings to help them thrive in their surroundings. Human bones are four times stronger than concrete (and only half as heavy); spider silk is five times stronger than steel. Unlike concrete and steel, however, bone and silk don’t generate industrial emissions in their manufacture.

British firm Exploration Architecture has dedicated its practice to translating nature’s lessons into built form. For its Biomimetic Office Building project, the firm studied how plant and animal biology addresses critical needs ranging from structural support to temperature regulation. Pulling ideas from materials such as bird skulls, polar bear fur, and mimosa leaves, it created a design with far lower projected energy consumption than that of a comparable standard office tower. For the Abalone House project, it proposed imitating the geometry of a mollusk shell to create an undulating roof structure, which halved the amount of required material.

Not every office has the resources or expertise to jump straight into designing mollusk-inspired roofs. But Freed believes architects can still advance the cause even if they can’t yet imitate nature. “They don’t need to become amateur biologists overnight but instead raise the enthusiasm and interest in using this approach for achieving better buildings,” he says.

Manufacturers have ramped up their production of nontoxic, planet-friendly products, and an online product library called mindful MATERIALS has made it easier to find and vet them. Designers can now specify nature-based products such as soy– and hemp-based insulation alongside better-known options like cross-laminated timber. (Some code and supply-chain issues persist, however.)

Freed is particularly excited about bio-based materials that can be engineered to meet specific needs and then grown like crops rather than manufactured with energy-intensive industrial processes. DNA could be manipulated to give bricks special properties—for example, the ability to absorb carbon dioxide from the air, reflect heat during the summer, or glow at night.

Such bricks may not be available at the local hardware store yet, but they’re more than a sci-fi dream. “We’ve mapped the DNA genome of all of those things, so it is now actually possible we could grow building materials that do the things we need them to do,” Freed says. BioMASON, a North Carolina company that grows bricks using microorganisms—a process inspired by studies of coral—offers a preview of what lies ahead.

“Most materials, when we manufacture them, contribute to the climate crisis,” Freed says. “By growing our materials, we could essentially avoid that—and even reverse it.”