Save for the iconic double-decker buses adding occasional bursts of red, London winters are mostly gray. For four colorful days in January, however, London received a visual jolt in the Clerkenwell neighborhood: Amid the stone façades of English flats, a bright green door woke up passersby like an alarm clock for the eyes—and the soul.

The door belonged to the Pantone “Outside In” House, a temporary residence created by the Pantone Color Institute to celebrate its 2017 PANTONE Color of the Year: PANTONE 15-0343, otherwise known as “Greenery.”

“Satisfying our growing desire to rejuvenate, revitalize, and unite, Greenery symbolizes the reconnection we seek with nature, one another, and a larger purpose,” said Leatrice Eiseman, Pantone Color Institute’s executive director.

The house was available January 27–30 for overnight stays via Airbnb, and celebrated Greenery’s ethos: a wooded foyer featuring live ferns, moss, trees, and stepping stones made of tree stumps; an indoor greenhouse/dining room; a garden-themed bedroom with real turf, topiaries, and soporific plants; a rainforesty bathroom; and a kitchen growing live herbs and vegetables.

The house was a brilliant and buzzworthy marketing piece. More than that, it was a reflection of a larger trend toward biophilic design, which—by incorporating humans’ innate need for nature—may have as bright a future in architecture as a green door on a drab London frontage. 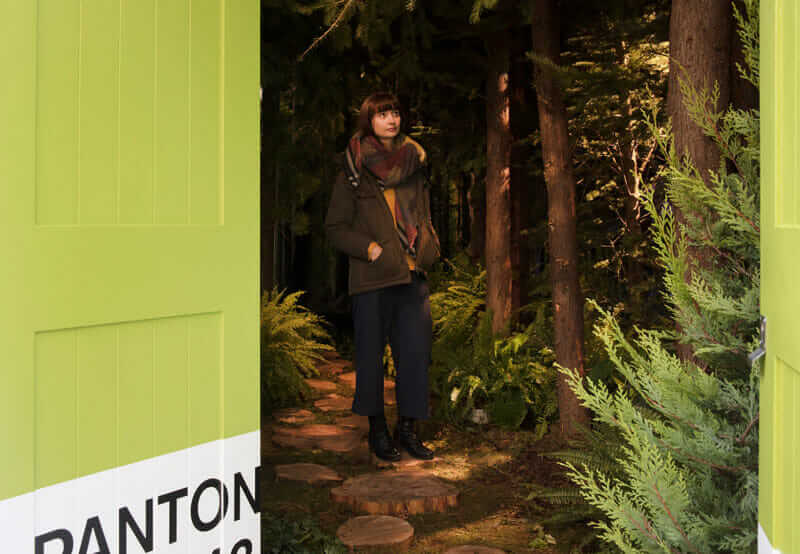 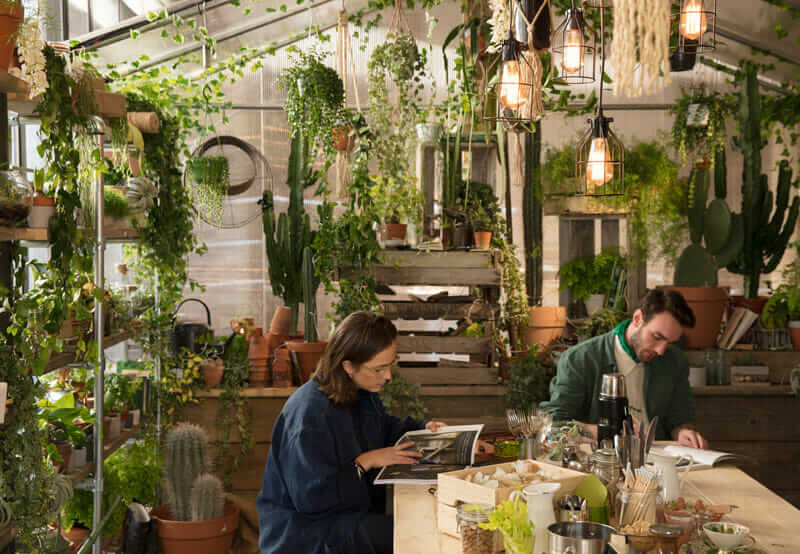 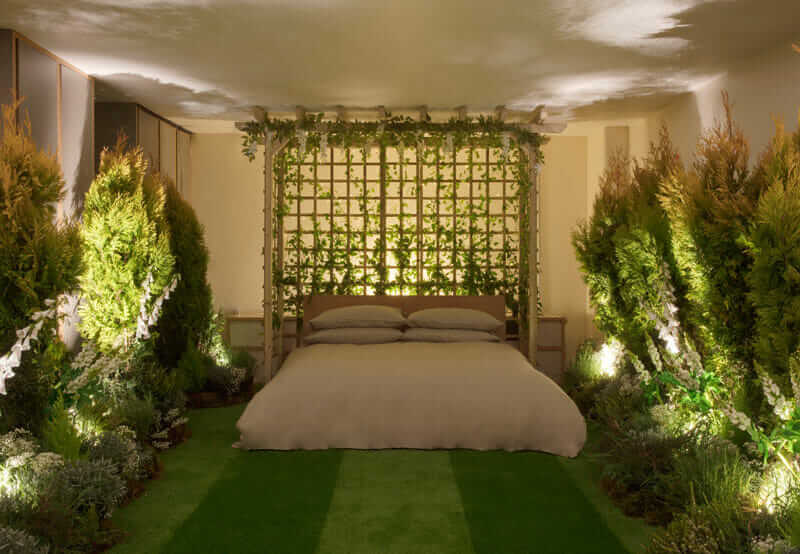 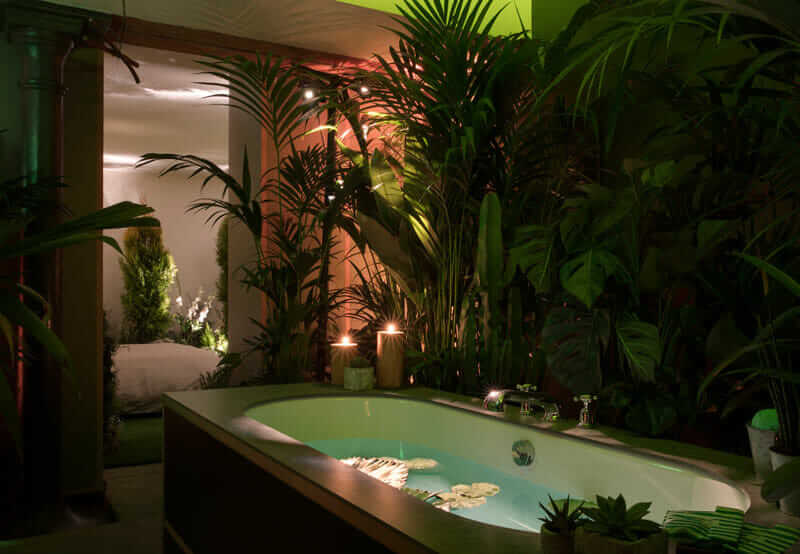 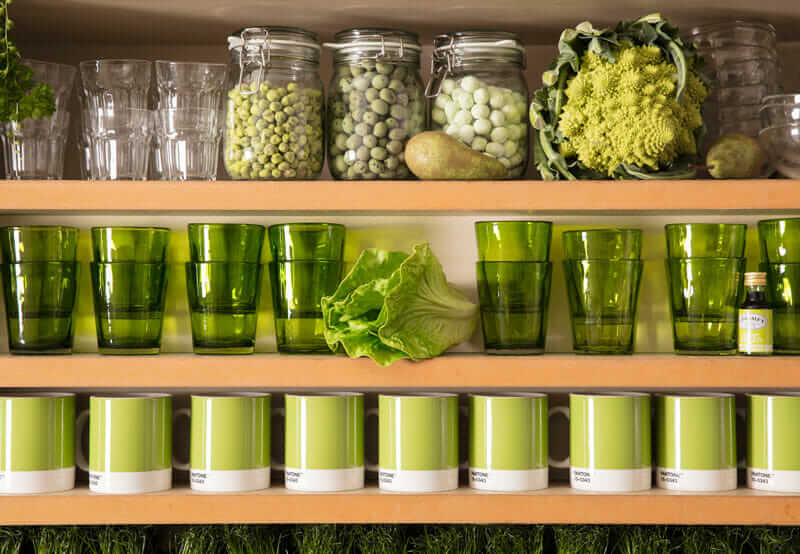 “Biophilia is that subconscious connection humans feel with nature,” says Nash Emrich, a technical consultant at Paladino and Co., a green-building consulting firm that helps architects and developers achieve sustainability objectives. “Edward O. Wilson, who popularized the term with his book Biophilia, once said, ‘Nature holds the key to our aesthetic, intellectual, cognitive, and even spiritual satisfaction.’ So the more direct connections people have with nature, the better.”

Research over many decades suggests that Wilson was onto something. A recent example is a 2015 Stanford University study, which correlates spending time in nature with mental-health benefits. Similar studies demonstrate that views of nature help hospital patients recover more quickly, natural daylight improves students’ learning in school, and people who work in offices with indoor plants get sick less often.

The effect is both psychological and physiological. People in or near nature report less anxiety and improved moods, and they also show positive physical responses to natural environments—including decreases in blood pressure, heart rate, and the stress hormone cortisol.

“There are physical, mental, and social benefits to having connections to nature,” says Brendan O’Grady, a vice president in the Dallas office of CallisonRTKL, an architecture firm that’s leveraged biophilic design in many of its projects. “A design approach that integrates such connections with nature into interior spaces can help people advance their health, productivity, and well-being.” 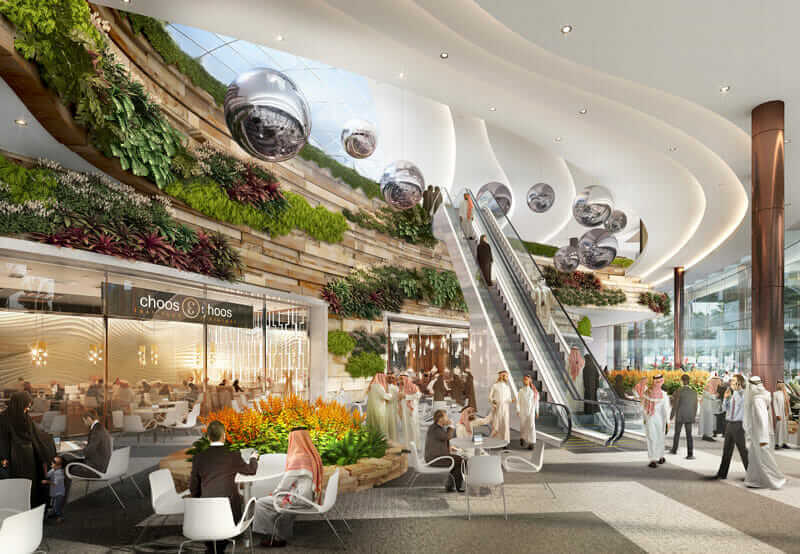 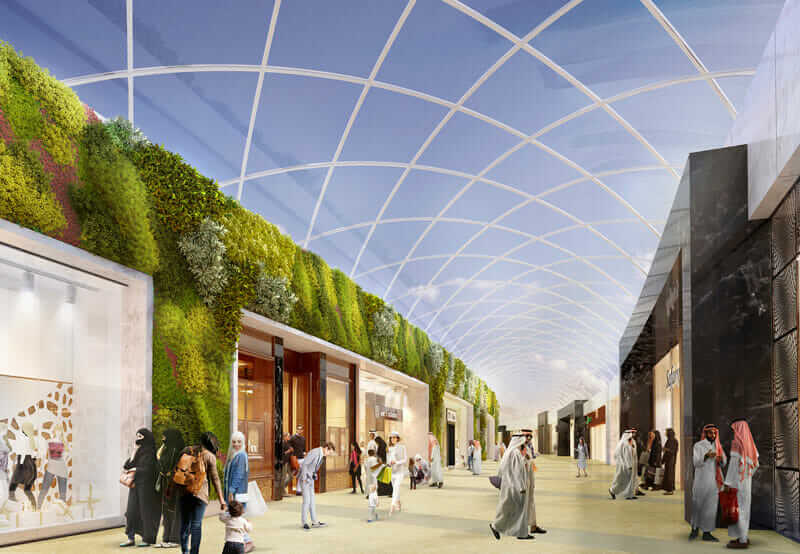 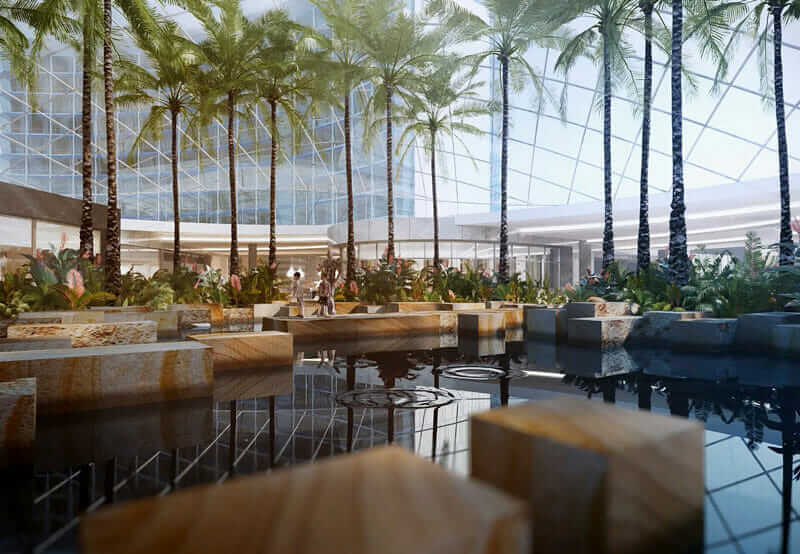 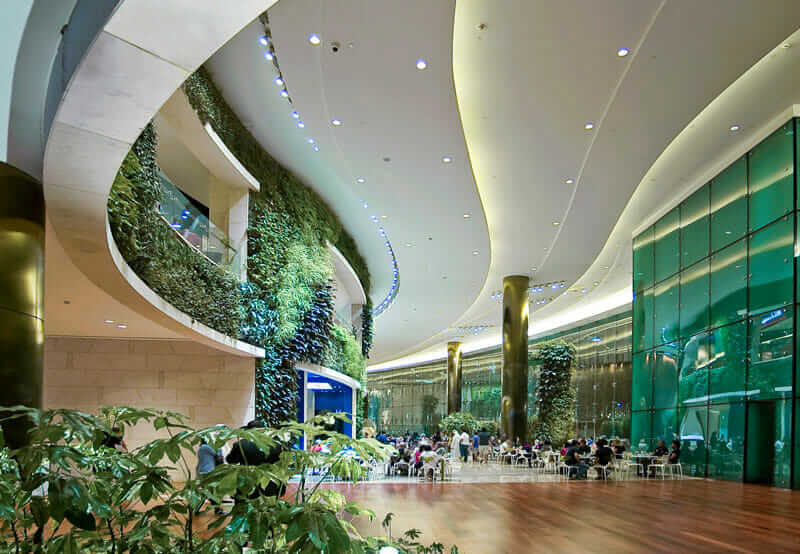 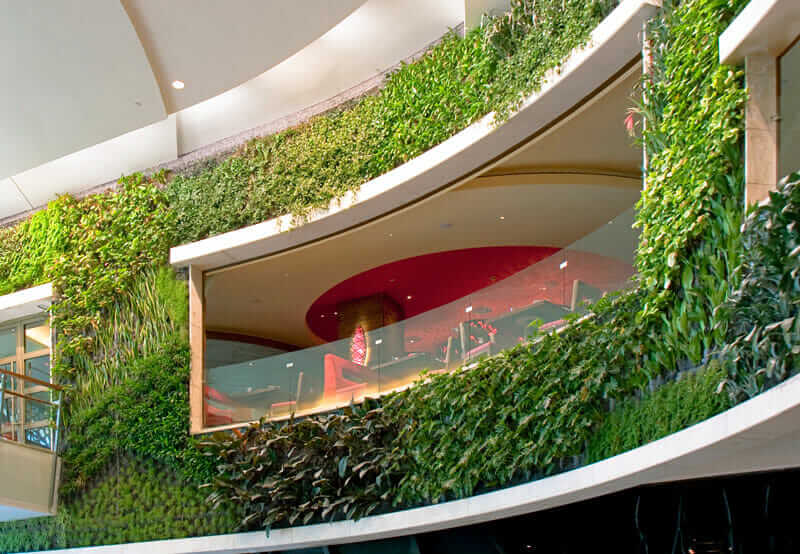 Although humans have always had some connection with nature, the rapid escalation of technology and urbanization makes a stronger case for biophilic design than ever before, according to architect Dwayne MacEwen, principal of DMAC Architecture in Evanston, Illinois.

“Getting back to nature is not a new idea in architecture and design, but I think it’s more prevalent today because people are tethered to their electronics and living more often in cities,” says MacEwen. He compares architecture to music: “The space between the notes is where the magic is; otherwise, it’s just noise. We need that space between the notes in our everyday lives, and I think landscape elements create that.”

MacEwen leveraged many of these strategies designing the Midtown Athletic Club, a 575,000-square-foot athletic center and hotel scheduled to open in Chicago this summer. The club’s fitness area will feature floor-to-ceiling glass windows overlooking a landscaped pool deck outside; the deck’s flowering trees will bring the outdoors in, visually. And in the club’s interior, backlit birch trees, quarried rock, and board-formed concrete will add earthborn textures.

Nature likewise dominates CallisonRTKL’s design for the 215,000-square-foot retail expansion of the 360 Mall in Kuwait. When the space is complete in 2019, O’Grady says, it will feature large skylights, naturalistic water features, interior palm trees, quarried blocks of stone, and an indoor “living wall” with more than 100 different plant species to naturally purify the air, absorb noise, and minimize the building’s temperature fluctuations.

There’s even a new hotel in Texas—the Fairmont Austin, opening in August—billing itself as a “park in a hotel.” Conceived by interior designer Warren Sheets, it pays homage to the nearby, historic Palm Park, incorporating a life-size topiary garden and two towering Heritage Oak trees flanking its reception desk.

“I was looking at how important outdoor life is to Austinites,” Warren says. “Because the hotel was on a park, I brought the park into the hotel.”

Although the concept of biophilic design sounds simple, its execution is anything but. According to O’Grady, architects and designers have to parse atmospheric conditions needed to sustain indoor plants; maintenance challenges of natural elements like interior greenery, water features, and stonework; and design elements required to conceal unsightly infrastructure, such as grow lamps and water pumps. Then there’s the added expense to consider.

Emrich is confident, however, that as society becomes more detached from nature, building sponsors will recognize the value of reconnecting with it.

“Over 90 percent of the cost of a [commercial] building is associated with the people paid to be there every day,” he says. “Companies are starting to shift their priorities toward creating spaces that makes the occupants happy, engaged, and productive—and that’s going to make all of us rethink the way buildings are designed.”