Lithium-ion batteries have become increasingly important in recent years, providing portable power for everything from smartphones to cars. But their ubiquity is also problematic: They’re not environmentally friendly.

But Tokyo-based energy company PJP Eye may have the solution to this problem with its Cambrian Battery, which uses organic materials instead of rare earth metals and promises better performance and sustainability. But first, a little background on lithium-ion battery history—and why everything desperately needs to change.

The first commercial products using lithium-ion (Li-ion) batteries debuted in 1991 and have since been widely adopted for technologies like mobile phones and notebook computers, changing the way electronics work. In 2019, three scientists—including Akira Yoshino, an honorary fellow at Asahi Kasei Corporation—were awarded the Nobel Prize in chemistry for their work in developing lithium-ion batteries. Demand has continued to grow, with the market forecast to surpass $80.5 billion in 2024.

A Li-ion battery commonly uses metallic compounds such as cobalt, nickel, and lithium in its positive electrode and carbon in its negative electrode. There are high hopes on Li-ion batteries powering electric vehicles to help achieve sustainable-development goals by reducing carbon emissions. This has led to growing demand for high-capacity, safer, longer-lasting, quicker-charging batteries with a higher throughput. 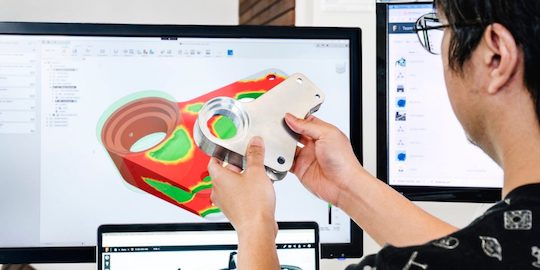 The carbon used in standard batteries is made from petroleum products, but PJP Eye has established technologies for the mass production of plant-based carbon materials. The Cambrian Battery uses organic materials for its negative electrode and more abundant metals (as opposed to rare-earth metals) in its positive electrode. The resulting, highly durable product is referred to as a “single-carbon battery.”

PJP Eye discovered the technology for producing carbon from cotton almost by accident while researching carbon materials. Once the company re-created the technology under carefully controlled temperatures and pressures, it was able to realize a recipe for mass production. 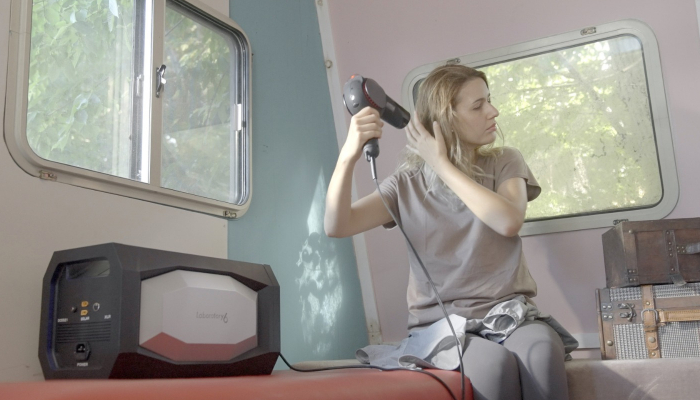 The portable battery can support your life off the grid. Courtesy of PJP Eye. 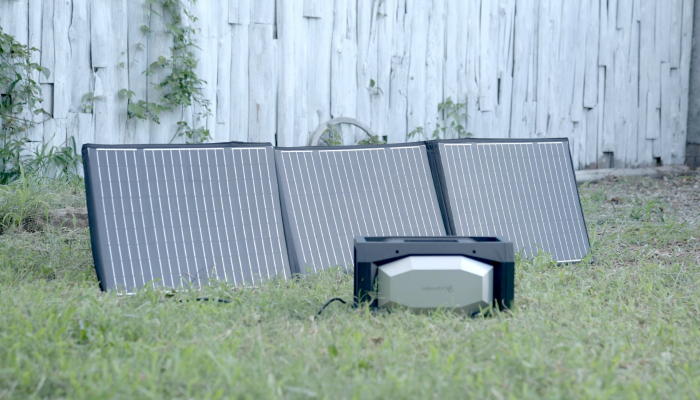 The portable battery supports quick charging even when used with solar panels. Courtesy of PJP Eye. 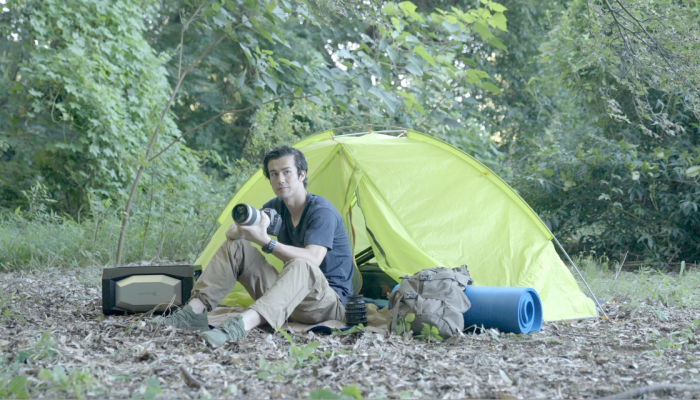 The portable battery comes in handy when camping and spending time outdoors. Courtesy of PJP Eye.

“We are not just a carbon producer or battery maker,” Okina says. “We aim to provide solutions that use our technology in fields like transportation and energy storage. In the past six months, we have received inquiries from companies that want to use our battery technology in boats, satellites, vehicles … you name it.” Instead of offering a spec sheet, PJP Eye made model data in Autodesk Fusion 360 to provide customers with the full data on product sizes and shapes.

PJP Eye’s batteries under development are quick-charging, large capacity, long-lasting, and portable. The Cambrian Battery is also a safe alternative: It has no risk of bursting or exploding, even if it is overcharged, overheated, or short-circuited. When charging at high levels of current, there is no risk of thermal runaway or explosion. The design ensures little battery-performance deterioration after repeated charging and draining. In a Kyushu University experiment, the battery retained 84% of its original capacity after 8,000 charging cycles. For these innovations, PJP Eye has been selected to represent Japan in the COP26 Clean Energy Start-Up Pitch Battle, with voting open to the public.

Cambrian Batteries can charge eight times faster than conventional batteries, reaching a full charge in just 50 minutes. “When working at the office or from home, during videoconferencing or in other cases that demand computer power, people have to work while plugged into an outlet,” Okina says. “With quick-charging batteries, people can have more freedom to work where they want to. The battery can also serve as an emergency power source when needed.”

The QuVe battery, currently under development, was designed with emergency and off-grid conditions in mind. It has a capacity of 1 kWh or more and a portable, light form factor, ensuring power availability even in a disaster when it could take days to restore essential services. The quick-charging capabilities make the battery ideal for outdoor events and camping, adding extra peace of mind that they won’t run out.

Laboratory 6 has licensed Cambrian Battery technology for use in its products and is scheduled to release the QuVe in October 2021, with 1,400 Wh and 990 Wh models. An advance precampaign for Indiegogo crowdfunding is already underway. “While the prices of our products are 1.5 times higher than that of competing products, we can boast a product life that is several times longer,” Okina says. “I think our long-life battery technology gives us a cost-performance advantage.”

“Even in our modern world, many people do not have reliable access to electricity, creating disparities in quality of life and access to information,” Okina says. “Things some people take for granted like mobile phones, computers, and Internet access are still out of reach for many. Going forward, we want to contribute to the world at large by helping eliminate these differences in access to electricity. Even without power lines, technologies like solar panels and power banks mean that power can be available anywhere for critical fields such as medicine, education, and agriculture.”