The first thing that generally comes to mind with the phrase “commercialization of space” is Richard Branson’s Virgin Galactic enterprise. Space tourism creates a lot of publicity—and most of it’s good buzz, but it’s not nearly the whole story.

After delays and setbacks, Virgin Galactic’s VSS Unity space plane completed its second free-flight test last December. About 700 people—ranging from 10 to 90 years old—have prepaid $250,000 for their suborbital flights. But Leonardo DiCaprio and other affluent space enthusiasts will still have to wait awhile longer before they can skim space and experience weightlessness for a few minutes.

In the much bigger picture, the commercialization of space means government agencies such as NASA won’t be the only game in town. With competition from private-enterprise companies (including Elon Musk’s SpaceX, Jeff Bezos’s Blue Origin, and even space elevators), the space industry will be built on new ways of making things, both on the ground and in space. It will create entirely new businesses, open up untapped resources, and precipitate breakthroughs in various industries—from the pharmaceutical and energy sectors to manufacturing and construction. Here’s what’s coming.

There Will Be Space Mining

Mining is one of the biggest polluters on Earth. So imagine the day when humans can mine asteroids, the moon, and other planets, giving Earth a much-needed break. Asteroid mining is not going to be booted up quickly (due to the astronomical cost differences between mining here versus in space), but once it does, it will become self-sustaining. If companies can build ships to mine asteroids in space, they’ll be able to feed the industry that mines asteroids while also sending raw materials back home. 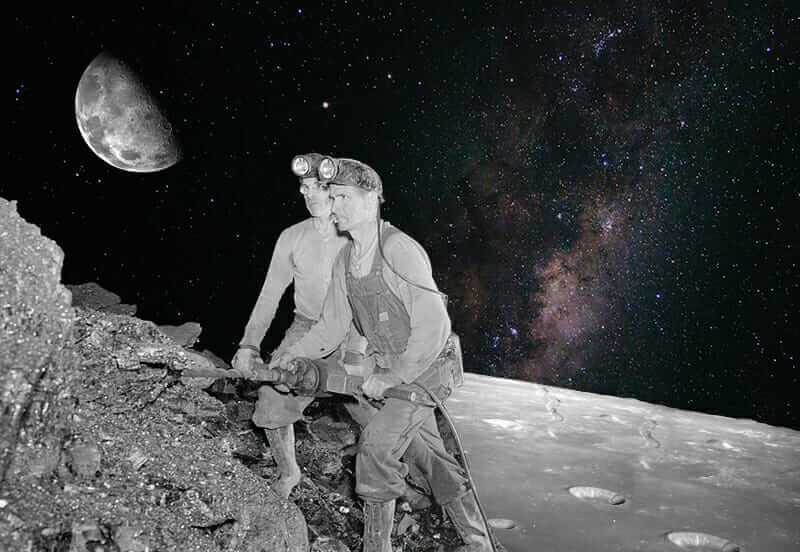 Companies are already working on making asteroid mining possible. However, it’s more likely that entrepreneurs will first experiment with creating a commercial moon base, mining materials there, and using those materials to maintain the base.

And a commercial business will likely do it before a government organization does. One thing I’ve learned about government efforts—having once been a postdoctoral fellow for NASA—is that those agencies tend to have a lot of bureaucracy and conservatism. Therefore, envelope-pushing ideas (such as NASA’s Asteroid Redirect Mission) don’t necessarily survive because they don’t match the cost needs of the bureaucracy, or they’re perceived as having too high a risk margin.

Government systems prefer to stamp out margins of risk to the smallest possible value whereas commercial efforts are willing to take more risk, are less concerned about feeding the beast, and move faster.

3D Printers Will Make in Space

Imagine a world where a company launches a sophisticated metal 3D printer to the moon, then mines the raw materials onsite to feed that printer. Instead of having 3-axis machines, milling machines and drilling machines or getting parts sent from earth, the business manufactures components on the moon using a 3D printer compatible with the raw materials all around it.

Lots of companies (such as Redwire) are playing with these ideas. This concept—replacement parts and new parts made in space versus being blasted off from earth—is better and cheaper for everyone in the new space economy.

Lightweighing will be critical to creating the lightest, most efficient design that solves the problems. Generative design will allow people to create these strange-looking, lightweighted, 3D-printable shapes, which is a real asset in terms of minimal material use.

And speaking of minimal: Microgravity is another aspect of space that will drive new industries, particularly in the pharmaceutical business. Microgravity allows cells to form more purely, drugs to be created with fewer impurities, and materials to grow that are stronger and more structurally consistent. For example, Swiss/Israeli company SpacePharma is working to advance stem-cell research, protein crystallization, 3D cell culturing, and microbiology by launching medical experiments into orbit using its satellite-based laboratory.

Space is an incredibly hostile environment. Robotics used for assembly, machining, and repair will reduce the danger to human beings and allow facilities to be built without human help.

Plus, robots can’t take jobs from humans in space (because there aren’t any), but their ability to assist people can create new opportunities in the workforce. What if commercial ventures sent robots into orbit to maintain satellites? Who is going to design and build the robots whose specific job is to work and survive in space? They’ll have to be light, strong, and mobile. That’s a whole new potential industry: space robotics.

If space flight became cheap enough, commercial services could launch robot spacecrafts to maintain and replace parts on satellites. Then, engineers wouldn’t have to decommission satellites as often into graveyard orbit, allow them to burn up in earth’s atmosphere, or direct them to the “spacecraft cemetery” in the Pacific Ocean. Extending the life of a satellite with less expensive upgrades and modifications delivers a clear economic advantage.

“As soon as space travel gets cheap enough, a savvy entrepreneur is going to become a raw-material supplier for space robotics. That’s a totally new commodity supply chain—from space.”

Elon Musk wants to to own the wagon train to Mars. What’s the value of that? He would always be loading goods up and getting goods back. Once the industry builds that kind of infrastructure, the sky’s the limit.

If there is not a commercial space venture operating on the moon or in low earth orbit in the next 50 years, I would be surprised. The key is getting the cost way down for sending things into orbit. That’s why the work of companies like SpaceX is so important. The prices they’re charging to get something into space are scaring the daylights out of other space ventures because they can’t match those prices. If they keep driving prices down, the commercialization of space will expand.

That’s why Musk is landing his first-stage rockets back on earth. Rockets are expensive, so if companies reuse them over and over again, they’ll drive down the cost of getting a spaceship or satellite into space by tens of millions of dollars. 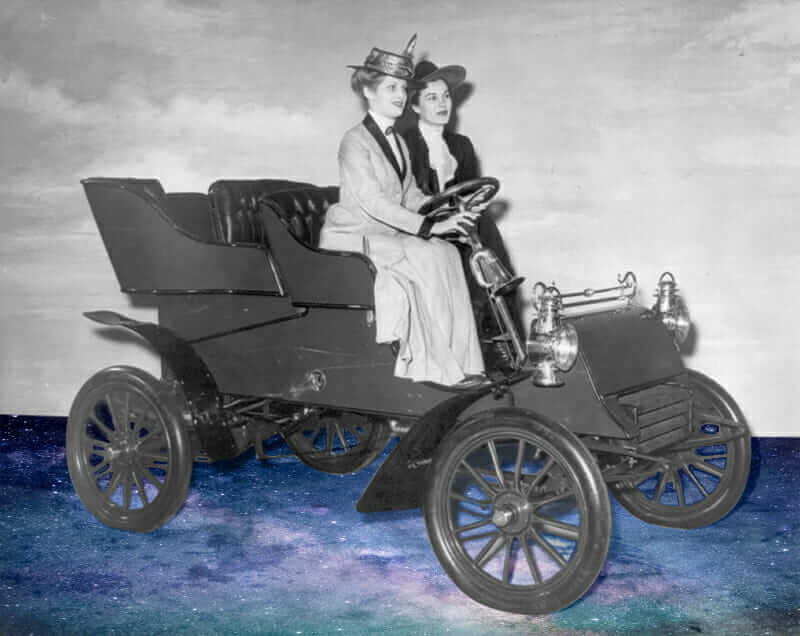 Lockheed Martin and Northrop Grumman are private companies, too, but they’re huge enterprises—beasts that need to be fed—and it costs a lot to get things through those companies. Startups entering the supply chain aren’t beholden under the same cost structure, so different supply chains are evolving to feed them.

One thing Musk does a lot of is vertical integration—building his own stuff—whereas these larger defense manufacturers have pseudo-political functions, distributing their work all over the map. With his goal to build as reliably and cost effectively as possible, Musk is getting private contracts to launch satellites, using fewer suppliers from a different supply chain and integrating vertically.

As soon as space travel gets cheap enough, a savvy entrepreneur is going to become a raw-material supplier for space robotics. That’s a totally new commodity supply chain—from space.

Meanwhile, space tourism will still be a thing, and one day, well-heeled businesspeople will enjoy vacations far from earth. Have a couple million bucks? Stay a week on the moon. Hotel tycoon Robert Bigelow is already working on it, and the view from the hotel suite will no doubt be amazing.