New York City is famous for many things.

Take, for example, its shopping, which infuses Fifth Avenue with treasure hunters foraging for jewelry, apparel, fragrances, and footwear. There’s its entertainment, which captivates throngs of people anxious to smile their way through a Broadway show or shout their way through a Yankees game. There are its attractions, which draw tourists to the Statue of Liberty and Central Park like bees to an open soda can. And, of course, there’s its food, which feeds millions of bellies every day with thin-crust pizza, yeasty bagels, and pushcart hot dogs.

But it’s not just about shopping, entertainment, or food. New York City is also famous for its iconic buildings. Looking skyward at the Empire State Building, the New York Life Building, the Chrysler Building, or any of their towering siblings, it seems as though they’ve been there forever—like mountains, only steel instead of stone. It’s easy to take for granted that they haven’t. In fact, most are less than a century old. 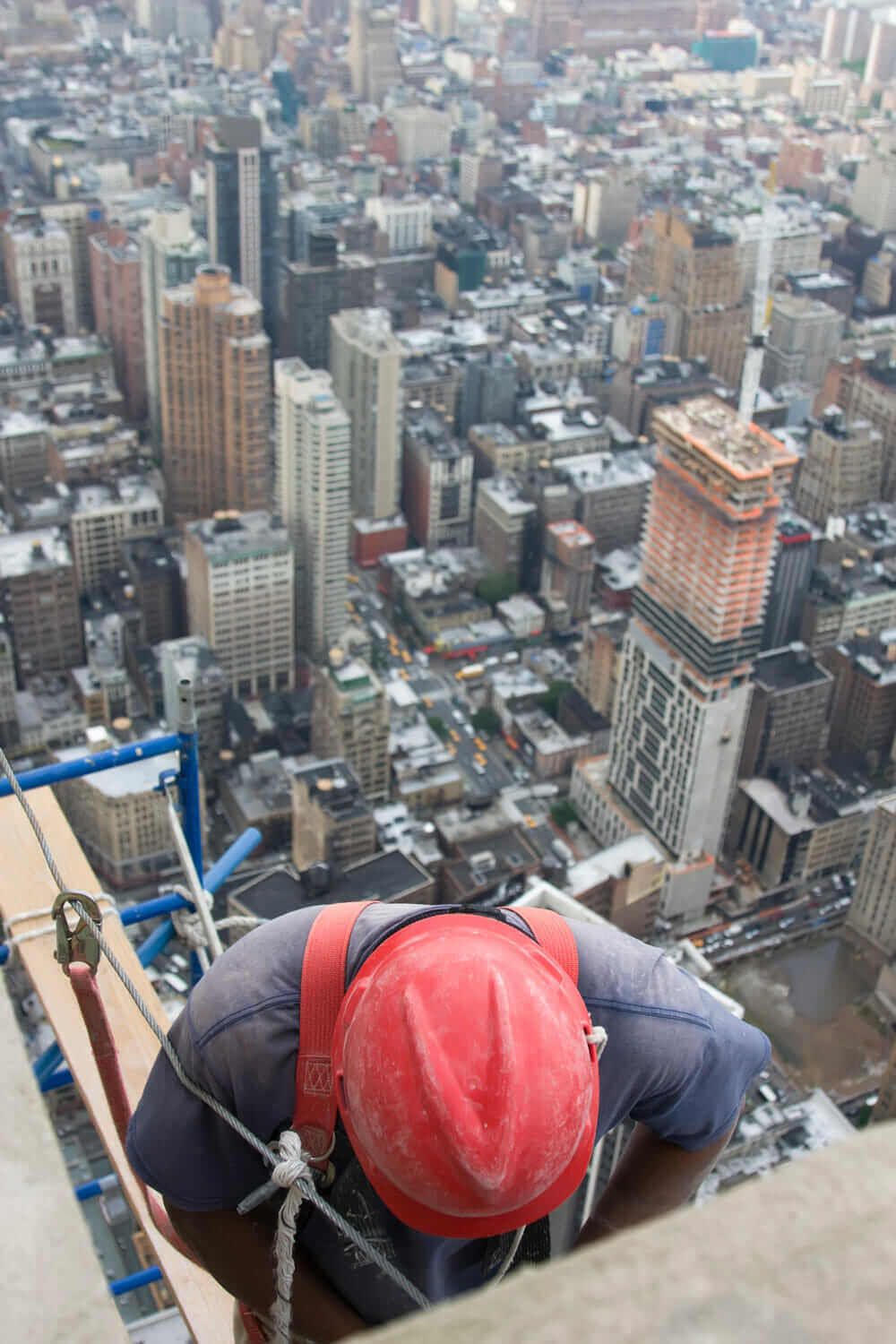 Instead of Mother Nature, these buildings owe their existence to men with calloused hands and sore backs. Men like those in the famous black-and-white photograph Lunch Atop a Skyscraper, which captures 11 workers enjoying lunch on a girder 840 feet above the street during construction of the RCA Building in 1932. In New York and across the country, these men and the buildings they built are symbols of American exceptionalism.

But they’re also symbols of American recklessness: Because workers of that era had neither hard hats nor harnesses, during the skyscraper boom of the early 20th century, it was said that crew foremen could expect one man to die for every $1 million spent on a skyscraper. Five men died during construction of the Empire State Building, for instance, and a whopping 27 died during construction of the Brooklyn Bridge, the “skyscraper” of bridges.

However, in 2012, New York City became the first U.S. municipality to approve a “3D Site Safety Plans Program,” which uses building information modeling (BIM) software to allow the construction industry to create and electronically file site safety plans. As a result of the program, the New York City Department of Buildings can virtually tour sites, see step‐by‐step how a building will be built, visualize buildings’ complexities and challenges, and check for basic code compliance prior to manual review.

Although it’s too early for results, the program is expected to help New York reduce injuries and fatalities in construction, which remains not only one of the largest and most important industries in the U.S., but also one of the most dangerous, according to the U.S. Department of Labor. In 2013, it counted 828 construction fatalities—more than any other industry in the U.S. More than half (57.7 percent) of those were caused by what the industry calls the “Fatal Four”: falling (36.5 percent), being struck by an object (10.1 percent), being electrocuted (8.6 percent), and getting caught in or between objects (2.5 percent). 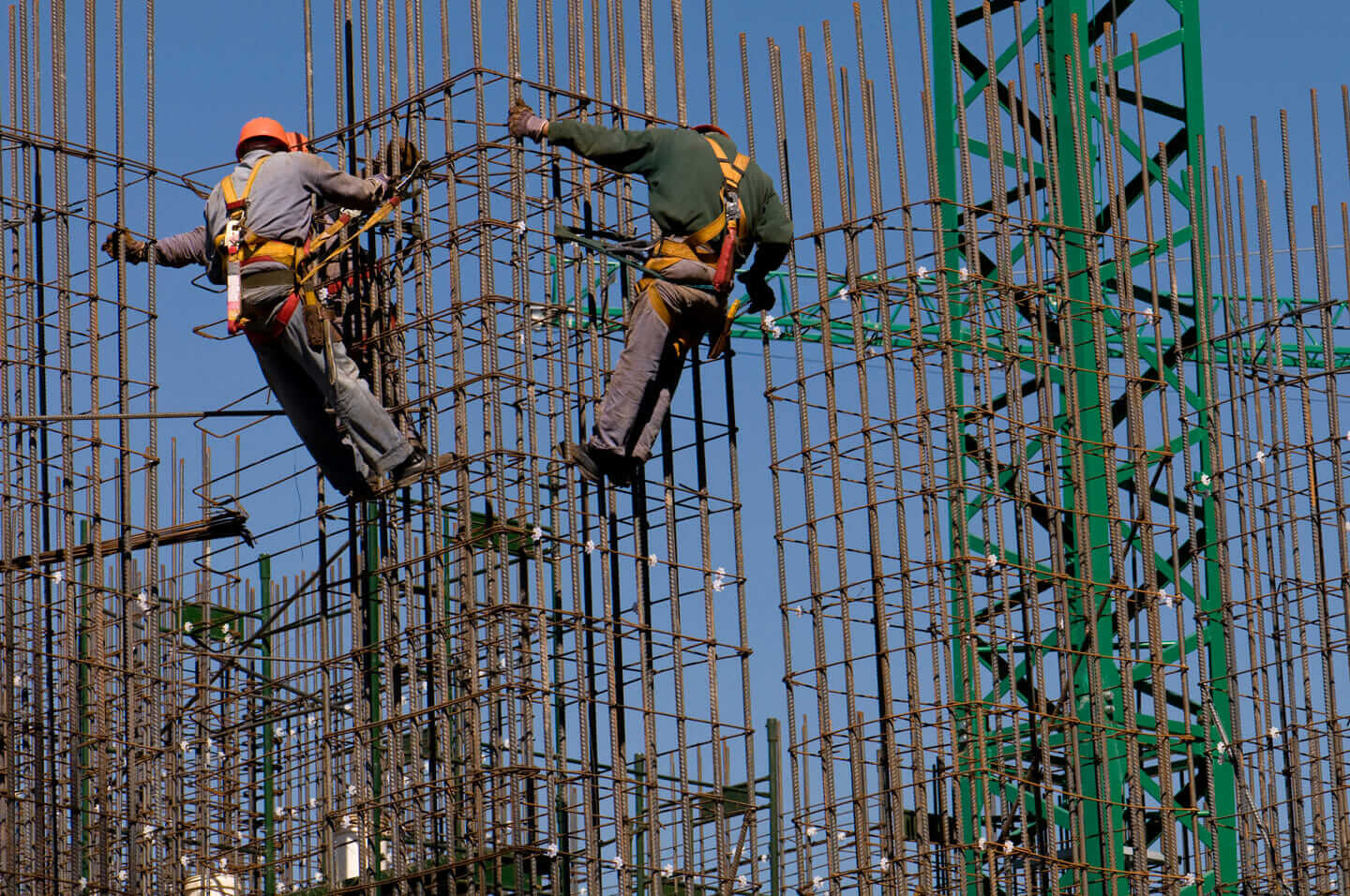 “The United States is number one in terms of safety regulations, and workers here are very well protected compared to many other countries,” says Dr. Yong Cho, an associate professor at the Georgia Institute of Technology’s School of Civil and Environmental Engineering. “However, there’s no such thing as ‘perfect’ construction safety, so even with safety regulations, three people die every working day in the United States, and 60 to 90 people get injured.”

Work-related injuries and deaths can be just as harmful to companies as they are to workers. “Safety is very important,” Cho continues. “Not only can it cost lives, but it also can cost money, delay construction, and cost the contractor their brand name and reputation.”

Like the New York City Department of Buildings, Cho and two of his PhD students, Kyungki Kim and JeeWoong Park, believe BIM is a solution that can fill what they deem to be a critical safety gap on construction sites across the country and around the world, saving both lives and bottom lines. 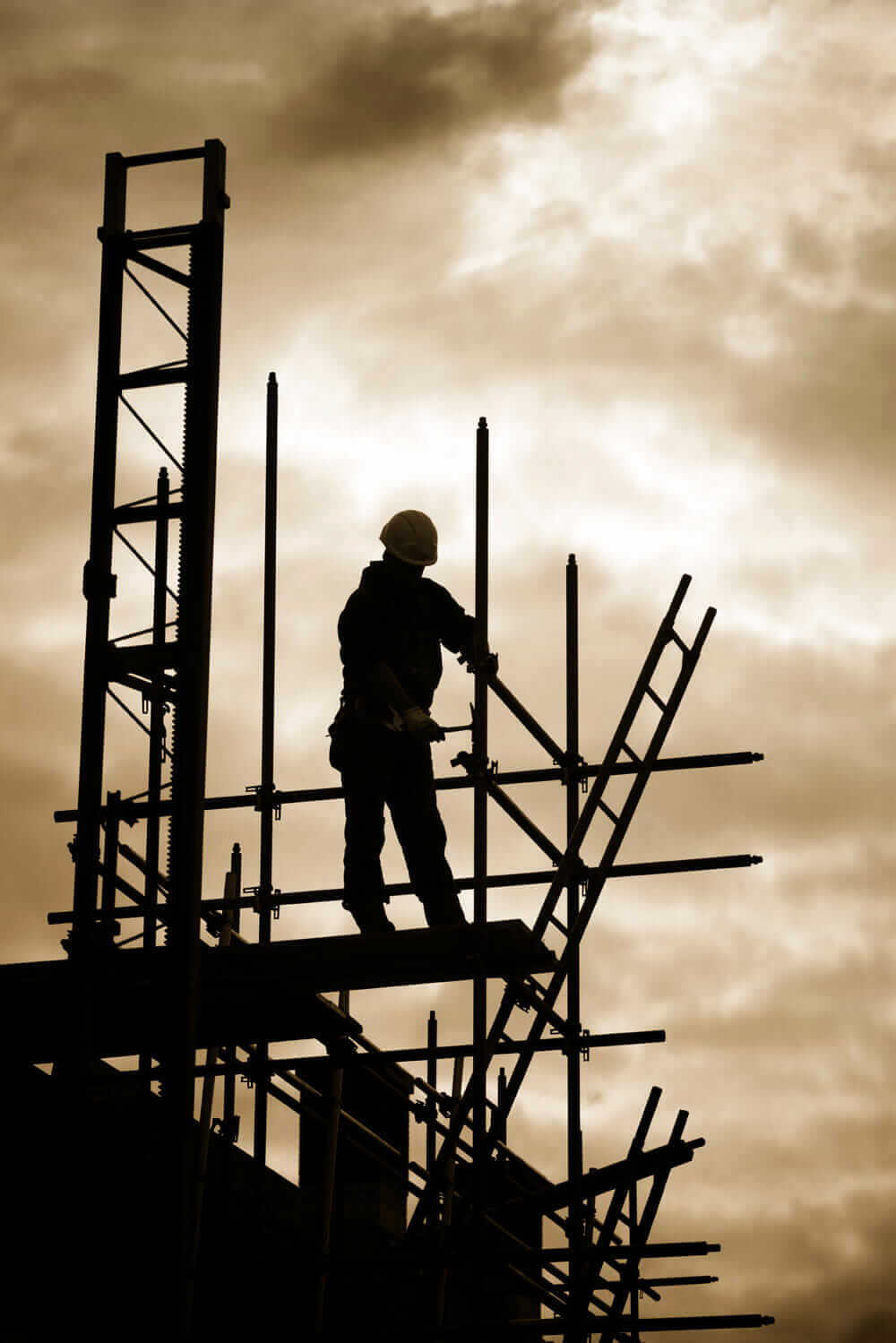 “BIM is used in projects from the very beginning to do construction planning,” explains Cho, who notes that project teams use BIM software like Autodesk Building Design Suite to generate and manage digital representations of their construction plans for the purpose of optimizing and coordinating building specs, schedules, resources, processes, and performance. “Unfortunately, people view safety as separate from construction planning—project managers and safety experts don’t work together—so safety is not included. If it were, safety issues could be identified automatically and addressed in preconstruction planning.”

To test their construction research and hypothesis—that integrating construction hazards into BIM software can improve construction safety—Cho and his students have commenced two research projects designed to demonstrate the benefits of BIM for safety.

The first, executed by Cho with Kim, explores the development of a BIM-safety integration framework, utilizing rule-based safety-checking algorithms to automatically identify safety hazards in construction plans and communicate them to members of the project team. The rules would be developed based on interviews with construction and safety experts and would take into account factors such as the number and size of work crews, the spatial movements of workers within jobsites, and the existence of temporary structures like scaffolding, which currently are absent from most construction plans.

Integrated into BIM software, Cho and Kim argue, this information would allow project managers and safety engineers to test the impact of different spatial workflows and scaffolding types on safety, and to make preconstruction decisions that minimize hazards and maximize protection.

Cho’s second research project, conducted with Park, explores the benefits of an iBeacon-based safety tracking system. Cho and Park propose that construction superintendents outfit their construction sites with Bluetooth Low Energy (BLE)–based iBeacons and motion sensors, which will enable them to use workers’ mobile devices to determine and track their location on a jobsite. By leveraging that location information (as well as safety data) within a mobile BIM environment, workers could receive real-time alerts on their mobile devices when they’re near a potential safety hazard—reducing accidents by increasing awareness.

Although they’re still in their nascent stages, both research projects could ultimately deliver life- and cost-saving benefits to the construction industry so that buildings of the future can be just as majestic as those of the past—but much less tragic.

“As researchers, our goal is to validate technology and demonstrate its potential benefits,” Cho says. “We believe that integrating construction safety into BIM can reduce construction injuries and fatalities . . . so we’re working with software developers like Autodesk to create products that will do that in the future.”