Technology is often covered in a breathless way, where every new product or app is hyped as though it will cure the ills of the world, and its very adoption is a matter of life or death. 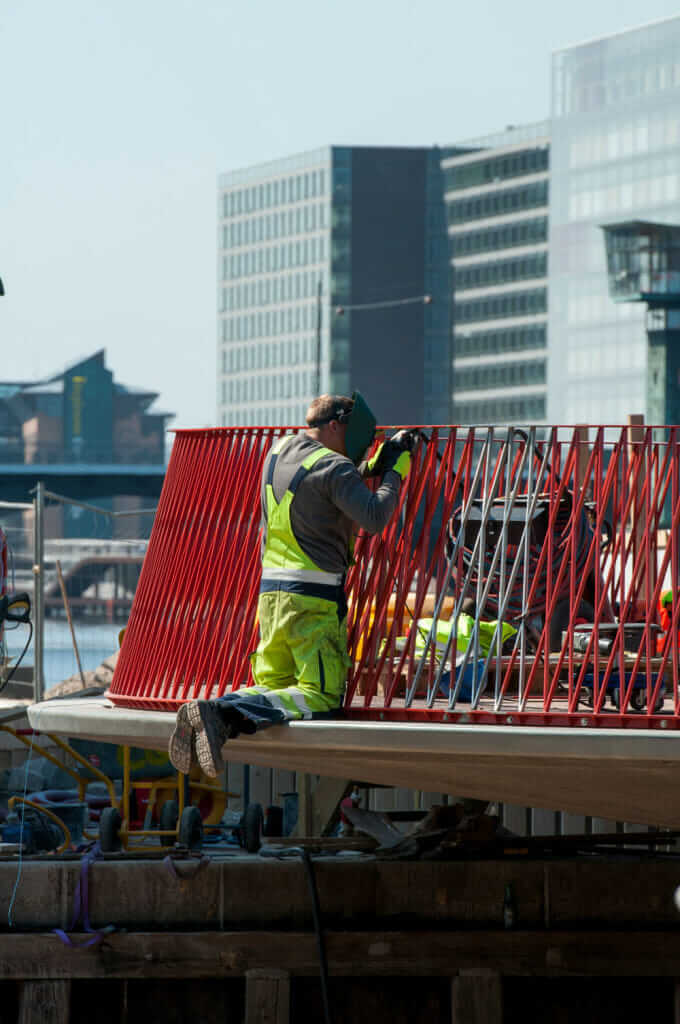 “We built Human Condition Safety to really help the serious issue of construction workers being injured and killed on job sites,” he says. “It just feels like such an old problem that needs to be addressed, and we’re aiming, by 2025, to eliminate deaths on job sites globally.”

The company, a subsidiary of Human Condition Global, is solving the issue of construction-site safety through the use of wearable technologies. For consumers, this is a seemingly new field, but it’s one in which Raymond has been working for nearly 12 years. He first built wearable technology that enabled doctors to feel the symptoms of congestive heart failure or multiple sclerosis via wearable sensors and transducers. The result didn’t necessarily change the medical treatments, but rather the doctors’ interaction with the patient.

“It really helped develop additional empathy for what the patient was going through,” Raymond says. “So, the doctor wasn’t necessarily diagnosing the disease state, they were treating the person. And if you treat the person, you’ll deal with the disease well, but if you just focus on the disease, you’ll often miss the human who’s sitting there in front of you, who is scared and uncomfortable. We wanted to figure out how to add that humanity back into this equation.”

While Raymond continued work in various aspects of the health-care industry, he also found applications for wearable technology and data capture in areas like formula racing and for Olympic athletes, where “the difference of moving your arm a centimeter or adjusting your seat position to gain an advantage can be the difference between a silver and gold medal,” he says.

Those early implementations enabled Human Condition Safety to move its expertise to the construction industry, knowing it would need to keep the costs low and work with leaders in the industry to create the perfect solution.

“By working with industry leaders who are dealing with this every single day, we really understand the customer needs from day one,” Raymond says. “It’s not, ‘Design a product in a vacuum and hope someone buys it.’ We’re developing with our partners right off the bat.”

Visiting the company’s lab space in New York City, its solutions—currently in pilot mode—seem precise and deliberate. A smart vest can determine if you are bending at your waist instead of your knees, or whether you are carrying too much weight on your shoulder. Other technology can track the alignment of your spine as you pick up a box off the floor.

On its own, each thing being tracked seems innocuous enough, until you project it out to hundreds of workers repeating these same movements again and again, putting themselves in the path of future injuries. Having an entire workforce with wearables also gives safety managers a real-time dashboard showing how many workers are currently in areas with elevated risk, turning a CAD drawing into a transparent colony of workers who need to stay safe.

“It’s not about the cool factor,” Raymond says. “It just helps you get your job done better, safer, and faster. And when you combine that with a personal sensor network, we can stop an electrician from being electrocuted because it actually senses the stray voltage that is running through the scaffolding before they touch it. That’s a huge win for us as a whole because we’ve been able to intervene in the moment before the incident happens, and we’re looking to identify that moment of risk.”

The moment of risk can be as simple as identifying a ladder being too far from where the work needs to be performed, where the worker has to reach too far to address the situation. It can also remind workers not to jump across scaffolding and to use their safety harnesses. But the point isn’t to just nag workers constantly; it’s to keep them constantly aware of what they are doing to stay injury-free. 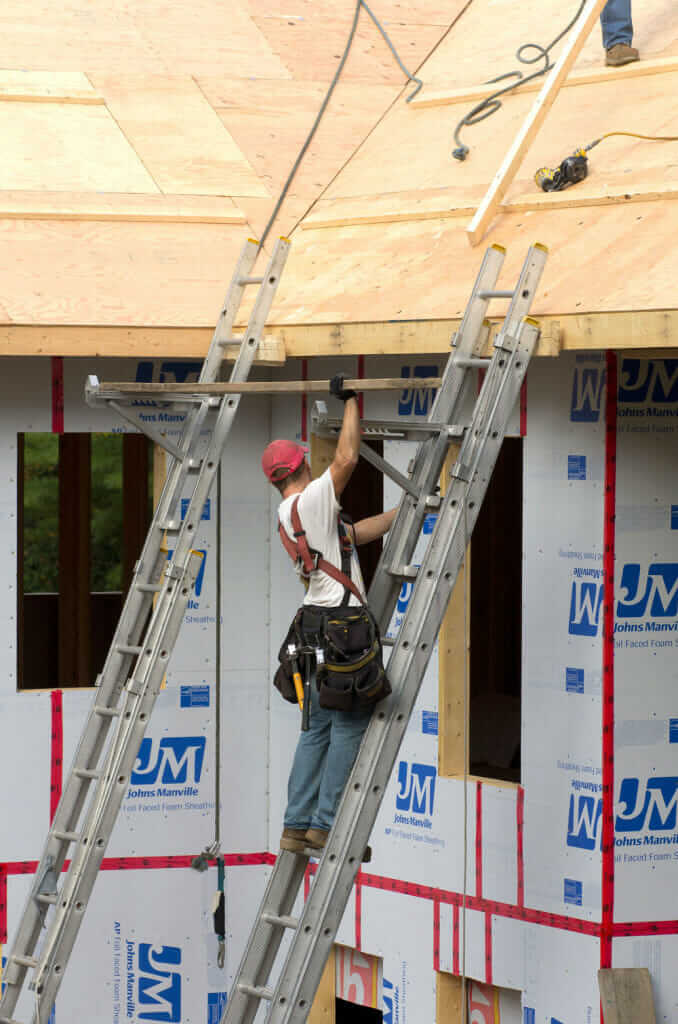 “That’s what it comes down to,” Raymond says, “to find both neurologically as well as behaviorally that moment of risk.”

Behavior is also something Human Condition Safety wants to address organically within the team structures that exist.

“If a team is focused on safety, and one of the team members is doing an unsafe act, how does the team say, ‘C’mon, you’re putting us all in danger because of that’?” Raymond asks. “We’re basically finding real-world case studies and figuring out, ‘How could we have helped prevent that?’ The behavioral side of why people do things is very important to us.”

And, for Human Condition Safety, the technology is not just for construction. The company is also applying the technology for first responders, oil and gas, mining, shipping, maritime, and others. Currently running pilot projects at both the Jacob Javits Center and Citi Field (the home ballpark for the New York Mets), the company is also in the process of building an R&D laboratory and testing facility at Citi Field.

“This is where we’re partnering with AIG, Autodesk, and Microsoft, as well as a few others, and building these real-world-use cases,” Raymond says. Everything from how to do a quick evacuation at a stadium, to how trapped contractors in a locked room could communicate to the outside world, to what to do if someone has a stroke or a seizure within the stadium.

“Knowing where they are and how quickly first responders can get to them are the sorts of things we’re working on building through this pilot phase,” Raymond says.

Raymond is very clear, though, that he is not interested in deploying wearables to create some sort of nanny state at a construction site.

“Our goal is not an efficiency play, and that’s where a lot of the concern is,” Raymond says, echoing apprehension from workers who worry that they will be measured to see if they are working hard and fast enough. “A safe job site is a very profitable job site. Owners understand that if you spend money on safety, you do see a financial return, and that’s what we’re focusing them on. And those who aren’t really aligned with us on that and are looking to create a stricter time card are really not our core interest.

“That comes from a personal belief that when you have data, you have a lot of responsibility,” he says. “It’s about having a core responsibility and ethics to say, ‘This is for preventing injuries and death.’ That’s what we’re doing.”

He does admit that any hesitancy along those lines is a normal part of any new technology.

“People are afraid of what they don’t know, and we’re trying to help people really understand it, even to the point of letting workers have access to the data so they can create tools outside of that,” he says. “They should be participatory in it and have their voices heard. That’s a really important piece for us.”