As a member of the next generation, are you worried about the future? Are you worried about robots and increasing levels of automation impacting your life and livelihood? Given the headlines these days, this is understandable. I, however, am more optimistic than ever about the future—one with 10 billion people on Earth, most living in cities (many of which haven’t been built yet) and more than half enjoying middle-class lifestyles, with all of the accompanying energy needs, resource requirements, and planetary pressures.

Meeting those needs sounds like a massive challenge, and it is, but it’s also the design opportunity of a lifetime. Although this seems daunting, I think it’s possible, and here’s why: Today, you have unprecedented access to the tools and technologies needed to make better decisions about everything you design and make. While ambitious, it’s possible to bring billions into the middle class, have abundant energy for everyone, and create a higher quality of life for all. It will not be easy. Manifesting this future will require being extremely intentional about designing for billions, not merely one billion. Designing a world that’s better for everyone will likely shape a future that is better for anyone. 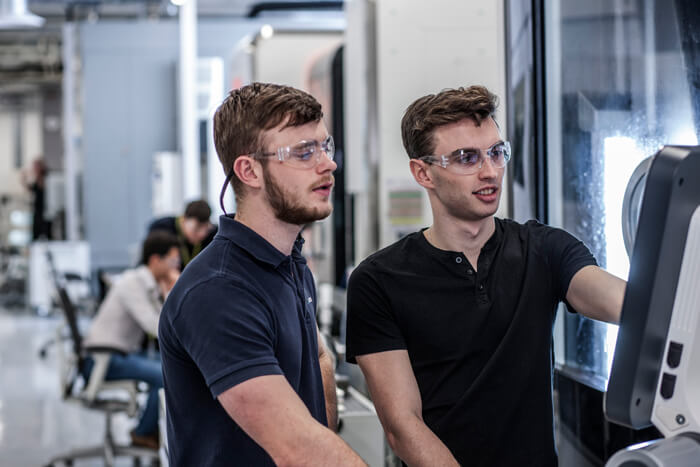 So what does that better world look like? With 10 billion people to accommodate, the world will need more products, more infrastructure, and more buildings. In fact, an incremental 1,000 buildings per day need to be built today and every day into the future just to house this population. And the only way to keep pace with the inevitability of needing more stuff for more people is to leverage technology not only as a design tool, as it has been, but also as a design partner and cocreator. Automation unlocks your ability to design this future.

When many people think about automation, they jump to the idea of robots transforming manufacturing operations and taking away jobs. That is happening, but the future of work automation is about more than robots. Think about how automation has transformed the design and make process from drafting and 2D CAD to 3D modeling and now generative design.

Automation is about using simulation to validate or optimize a design without needing to make a physical prototype. It’s about creating a building information model (BIM) to foster collaboration among architects, engineers, and construction teams so they can make decisions in real time across traditional work silos. Automation today is about using abundant computational power and the cloud to generate thousands of design options with generative design.

In fact, some forward-thinking companies and organizations are already putting technology and automation to use in ways that are solving big problems. Take Build Change, an organization that builds earthquake- and typhoon-resistant homes and schools in developing nations and trains local governments and businesses to build them safer and able to withstand future disasters. Build Change uses drones and photogrammetry to map remote villages and assess earthquake damage so that affected communities can rebuild in the most effective, resilient way possible. 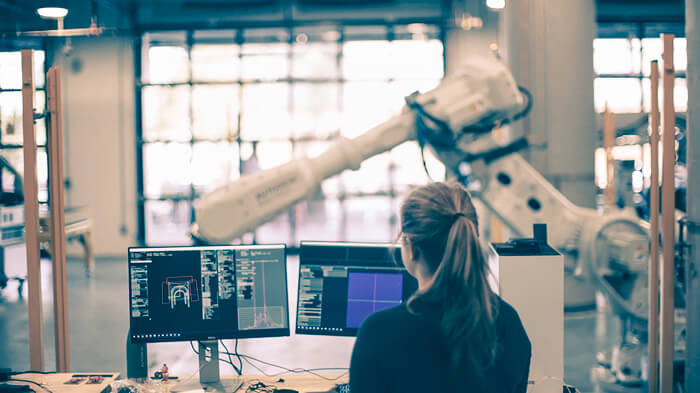 On the manufacturing side, an EU consortium of industry and academic partners is researching ways to teach robots industrial-polishing tasks through a project called SYMPLEXITY. Through algorithmic programming and machine learning, the idea is that robots can perform complex processes that are currently highly manual and time intensive. This is just one way enhanced automation will take on manufacturing duties, freeing up precious time for humans to focus on greater design and engineering challenges.

It’s understandable that this influx of automation is often accompanied by an increasing uncertainty and unease about the future—and how it might affect your work. Automation has and will continue to change how everyone works; this has been happening for decades. But it’s also changing and expanding what people are able to make. It offers the power to solve design challenges more quickly, easily, and elegantly. Automation technologies amplify and augment human abilities to make better things, to design a better global future.

It’s not about needing more technology. It’s about people—people like you who have the right mind-set and vision. Now that you have the power to optimize everything that’s made, what do you want to create? What values will you bring to your work? What design intent will humans offer while collaborating with machines? What will today’s citizens leave behind for the billions of people who will soon populate this planet? 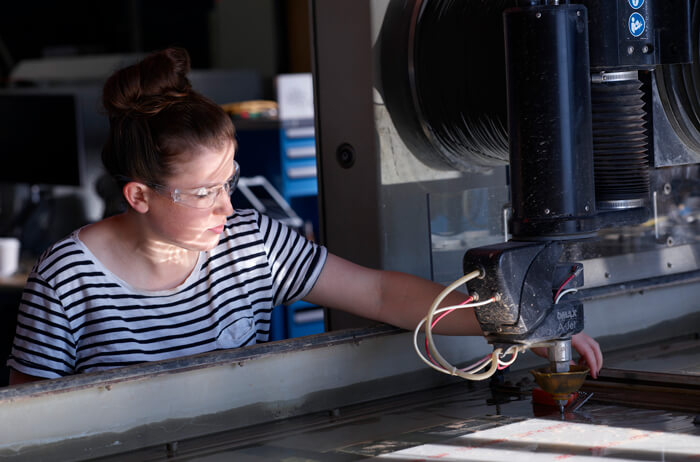 Designing and making more things with less negative impact is an inevitable reality given this planet’s finite resources. It is this opportunity to make things better that fires me up—a future with abundant, renewable clean energy; a future with circular manufacturing and construction where materials are used and reused and the concept of “waste” goes away; a future with resilient communities.

This is doable. The technology is available, and humans no longer have to figure it out alone: Automation is humanity’s partner, augmenting human abilities and capacity to make better things.

As the next generations to lead the workforce, you get to build on the work that’s been done and take it further. You’ve already made it clear that you care about the future, you care where your products come from, and you care that the company you work for reflects your values. You’re not afraid to take risks and make big bets. And now you have the technology to amplify and augment your energy, talent, skills, and passion to design a better future.

Watch Lynelle Cameron speak about automation and the future at Re:publica 2018.