After dark on September 27, 2016, a blue laser projection emblazoned a reactor at the Tihange nuclear power plant near Huy, Belgium, with the words “Stop Tihange and Doel” (Belgium’s two nuclear power plants). Not long after, authorities shooed away the culprits, who are also the young progenitors of the German startup gridX.

Their stunt struck a balance between earnest protest and shrewd marketing strategy—and the risk paid off in a generous publicity reward for gridX, which itself balances the new mechanisms of the sharing economy with an industry as ancient as the windmill: energy distribution. The 20-something gridX founders, CEO David Balensiefen and CTO Andreas Booke, understand that their customers—solar-panel and electric-vehicle adopters—balance environmental altruism with economic incentive. The company’s newly launched gridBox, a “Wi-Fi router” for stored energy and distributed generation, also balances pleasing form with essential function.

All these balancing acts tie together with gridX’s original purpose: to balance the energy capacity of solar-energy systems throughout the day to lessen the dependence on nuclear power and fossil fuels. The startup is looking to tap into the 1.7 million solar-energy systems and 70,000-plus electric vehicles in Germany (and throughout Europe).

Not so long ago, über was just a German word meaning “over” or “above,” which Americans co-opted as a hip synonym for “extremely.” However, with the business- and culture-transforming success of Uber the ride-sharing company, the word has become a stand-in for disruption of old systems, decentralization of resources, and the sharing economy. With so many startups rushing to create “the Uber of laundry” or “the Uber of tooth brushing,” the comparison is quickly becoming über-played out.

However, with gridX, the usage is apt. Individual owners of photovoltaic arrays (solar panels), battery-energy storage systems (including electric vehicles), and heat pumps can plug in the gridBox (449 euros) with a single cable and sell their excess energy to power providers—as well as take in energy from the grid as needed. As with Uber, gridX decentralizes resources, turning every participating household into a miniature power plant with the potential to profit. Its hardware and software provide the system to aggregate all those individual resources.

One positive aspect gridX also shares with Uber is the spirit of circumvention: When no one would give the founders permission to pursue their invention, they did it themselves.

An electrical engineer, Balensiefen worked for a power company after university, and he wondered why small-scale energy resources like solar panels, batteries, and heat pumps were not organized and integrated into the power grid. After all, Germany had 41.2 gigawatts of installed solar capacity at the end of 2016, according to the International Energy Agency—the largest installed solar capacity per capita in the world. Balensiefen estimates that about half that capacity is never used. 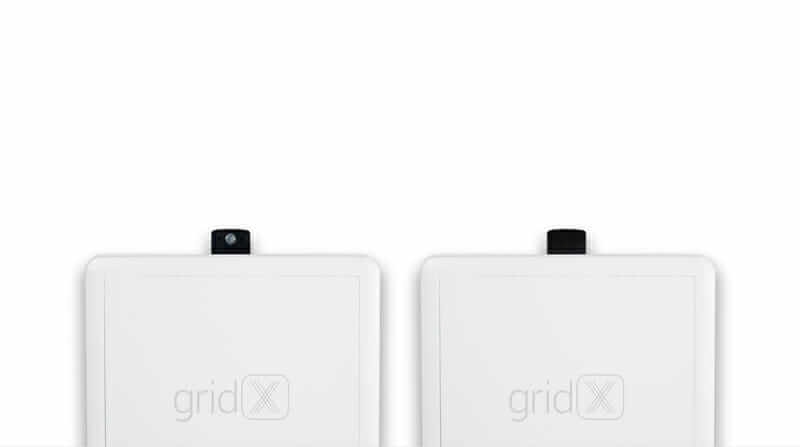 “We are German engineers, and we tried to put some engineering into the design," says gridX CEO David Balensiefen of the gridBox. Courtesy gridX. 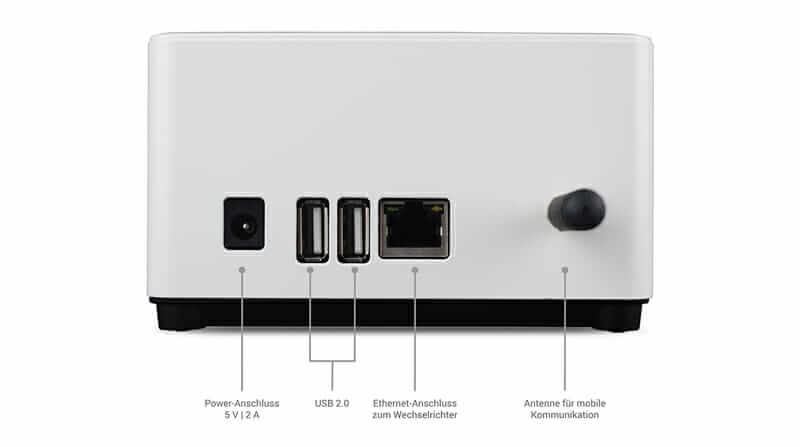 “On a very sunny or windy day, there is too much energy in the grid,” he says. “But it’s not like coal or gas: That energy has to go somewhere immediately. There is no smart connection between the power plants, so there’s no way we can store the energy produced, for instance, in Hungary in decentralized batteries in Germany to use at night.”

What’s more, Germany has a 2022 deadline to close its remaining eight nuclear power plants—with a total operating capacity of 10.7 gigawatts, according to the World Nuclear Association. An efficient management of Germany’s solar energy could ostensibly replace its entire nuclear capacity and then some. However, when Balensiefen suggested inventing something to distribute home solar energy to the grid, his boss said it was not economically feasible.

Get creative with your own electronic inventions >>
read more

Later, Balensiefen was on a multiweek expedition overseas with Booke, a mechatronics engineer (which combines mechanical, electrical, and software engineering). They shared an interest in bringing small-scale energy systems to market, so after pooling their knowledge, they sketched out an idea for the gridBox on a napkin somewhere in Ecuador.

Soon after, the young entrepreneurs won a small German business-plan competition in 2015 and were accepted into the UnternehmerTUM (Center for Innovation and Business Creation at Technical University Munich) TechFounders accelerator program. This gave them the ability to use its MakerSpace for prototype development. Still, the bootstrapping company had few resources to spare, and Balensiefen says that designing the gridBox with Autodesk software helped them save money on creating hardware prototypes.

Booke designed most of the gridBox, one of the first products created using both Autodesk Eagle PCB-design software and Fusion 360. “The integration of electronic/PCB design in the mechanical CAD process has always been a pain for us,” Booke says. “The software’s overall simplicity and automatic version-control system make iterating really easy. This was especially important as a startup, because we could test different designs really fast. The cloud-based syncing made it easy to show new product features to marketing and business development.”

Although the gridBox may just sit unobtrusively in the corner of a garage or basement, gridX still cares about its aesthetics. “The function is probably more important than the design, but on the other hand, we wanted to give the customer an experience when getting the package,” Balensiefen says. “We are German engineers, and we tried to put some engineering into the design. It had to be somehow heavy, because when the device is heavy, you think it’s more valuable. The next thing is, it had to be aluminum, because then it feels a little bit cold but very technical.”

While Booke was working on the gridBox hardware, the gridX software was simultaneously undergoing design. “The true magic is happening in the software,” Balensiefen says, because the gridBox has to be plug-and-play with anyone’s solar panel, heat pump, or battery system, regardless of manufacturer.

“That was one of the hardest things,” Balensiefen says. “We have to make the gridBox communicate with every type of equipment, because it’s plug-and-play. Like a Wi-Fi router, you just plug it into the inverter and to a wall outlet. Then, it configures itself.”

A web app monitors the gridBox’s data, such as which household devices consume the most power. Any surplus cash from selling energy back into the grid deposits automatically into a bank account. According to Balensiefen, it depends on the capacity of each home’s equipment, but the average customer would save as much as 30 percent of their annual electricity bill.

“I think it’s in the German culture to calculate everything and say, ‘Okay, I’ll buy battery storage, and after 10 years, it will pay itself off,’” Balensiefen says. “But at the moment, it’s a mixture of some people thinking ecologically. The transformation to renewable every is very important regarding our children, but it also has to make sense in an economical way.”

In part due to the visibility garnered from its Belgian nuclear reactor protest, Booke felt happy about the number of preorders for the gridBox ahead of its mid-August launch. About 150 prelaunch gridBox customers have already been trading energy, and Balensiefen says there’s no ceiling to how big the system can get. Because the European Union has cross-border energy trading, gridX wants to expand its network to France and Italy next year and to Spain and beyond after that. And even though a battery storage system isn’t a prerequisite to using the gridBox, falling battery prices bode well for gridX.