The wild success stories of crowdfunding are becoming legendary.

Take Coolest Cooler—an all-in-one outdoor entertainment solution that combines a 60-quart cooler, blender (hello, margaritas!), wireless speaker, USB charger, and an LED lid light. The Kickstarter campaign raised $13.2 million despite its original funding goal of $50,000, making it, at the time, the most-funded project of all time on Kickstarter.

The same thing happened with the first Pebble, a customizable, Bluetooth-enabled, e-paper display watch with a variety of applications that interact with mobile devices. The Kickstarter campaign raised $10.2 million despite its goal of $100,000. And, just this month, the new Pebble Time dethroned the formerly reigning Coolest Cooler and blew through all crowdfunding records. As of publication, it has amassed more than $18 million.

And then there’s Bluesmart, a connected carry-on suitcase that can be locked, unlocked, weighed, and location-tracked using a mobile device. This Indiegogo campaign eventually raised $2 million after meeting its original $50,000 goal in about two hours.

So what happens to the majority of new product entrepreneurs when successful crowdfunding campaigns end? Major challenges and huge reality checks—from the “real” cost of manufacturing to determining supply chains and vendors—often lie ahead.

But one thing Coolest Cooler, Pebble, and Bluesmart have in common is Scott Miller—CEO and co-founder of Dragon Innovation, an engineering company that helps entrepreneurs to launch successful hardware products and scale their companies.

Wait, How Much Does It Cost?

Crowdfunding has changed the way products are brought to market, as new products can leap from great idea to grassroots campaign to fully funded project quicker than ever before. But crowdfunding has also introduced developmental risks to the process.

One key issue is that it is often the first time these new inventors are bringing a product to market, so they often underestimate how much money they need to launch a successful campaign.

As a former mechanical engineer, Miller is no stranger to bringing new and unique products to market, from his early career role at Walt Disney Imagineering to 10 years at iRobot, leading the manufacturing efforts for the first four million Roombas.

“Most of them just don’t have the experience to know the costs of goods in the product,” Miller says. “They don’t include labor, scrap, markup, overhead, packaging, shipping, all of that stuff. So even if they go through the math, they dramatically underestimate the cost. That’s why we like to get in early because the decisions you make up front cast a long shadow.” 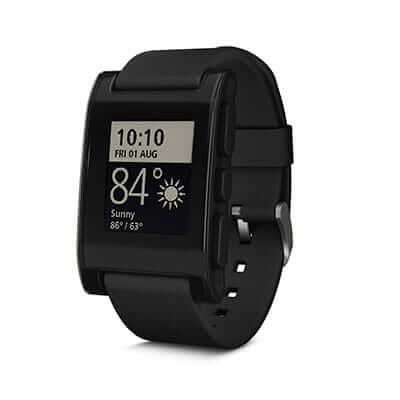 “Because it’s typically all or nothing, [entrepreneurs] tend to artificially depress the threshold and pick a number they think they can reach, and sometimes that number is grossly lower than what it needs to be,” Miller says. “So they’ll just get over the bar with $50,000, and realistically they need $200,000 to $300,000.”

Miller said he wanted Dragon Innovation to help solve the critical issue that could have derailed the entire crowdfunding movement.

“Crowdfunding has become such an important tool in the product-development time line,” Miller says. “It validates product market fit, gives you non-diluted capital, and also creates an engaged community. But if products weren’t delivering, we saw that as an existential threat to crowdfunding itself because there are only so many times a backer is going to back something and not receive a product.”

Um, How Do I Manufacture It?

“What we saw all the time was companies coming to us saying, ‘We just raised $200,000 on Kickstarter, let’s go pick a factory and start building this thing!’ and we’d look at it, do some quick analysis, and realize that $200,000 was great, but they really needed half a million, and they couldn’t even afford the tools much less the product,” Miller says. “They were coming off the high of having a great campaign, and we were the naysayer always going, ‘That’s awesome, but it’s not going to work.’”

“The idea of the program is to get to companies before they crowdfund and help them understand how much money they actually have to raise, how long it is really going to take so they could give their backers an accurate estimate, and how far away they are from a design they can actually manufacture,” Miller says. “Armed with that information, they can go into a campaign and give their backers confidence that they have a clear path to deliver.”

Come Together: Vendors and Supply Chains

And when it comes to a product like the Coolest Cooler, a lot of the legwork is just bringing together supply chains and vendors that haven’t worked together before.

“Companies that built blenders have never built coolers, and those companies have never encountered any companies that created printed circuit boards,” Miller says. “So it’s just a combination of totally disparate supply chains.”

It is a similar challenge with Bluesmart.

“If you think of it from a supply-chain standpoint, the suitcase factories have never seen a printed circuit board in their life,” he says. “And bringing all this disparate stuff together is a really fun challenge and is definitely pushing manufacturing to connect all these different pieces.”

But Miller says he’s challenged by the unique requirements each subsequent product brings to his team.

“It’s amazing what entrepreneurs are coming up with these days, and we’re just super excited to help them get to market quicker, faster, and easier than ever before.”