At approximately 3:12 p.m. on Feb. 4, 2013, federal law enforcement officers shot and killed 65-year-old survivalist and Vietnam veteran Jimmy Lee Dykes. Six days prior, Dykes had boarded a school bus in Midland City, Ala., killed the driver, and abducted 5-year-old Ethan Gilman, who he kept hostage in an underground bunker on his 100-acre property.

For nearly a week, hostage negotiators communicated with Dykes through a narrow PVC pipe connecting the bunker with the world above. A tiny spy camera inserted into the pipe helped authorities monitor the situation inside. Outside, however, the FBI used something theretofore more characteristic of Afghanistan than Alabama: an unmanned aerial vehicle, or UAV—otherwise known as a drone.

“UAVs have been used for surveillance to support missions related to kidnappings, search and rescue operations, drug interdictions, and fugitive investigations,” the FBI revealed in a 2013 letter to Sen. Rand Paul (R-Kentucky), who had inquired about FBI use of aerial drones. “Since late 2006, the FBI has conducted surveillance using UAVs in eight criminal cases [including the Dykes incident] and two national security cases.”

The Future of Police Surveillance Drones

Ten times in seven years may not sound like much, but the drone revolution is just getting started, according to technology futurist Gray Scott. 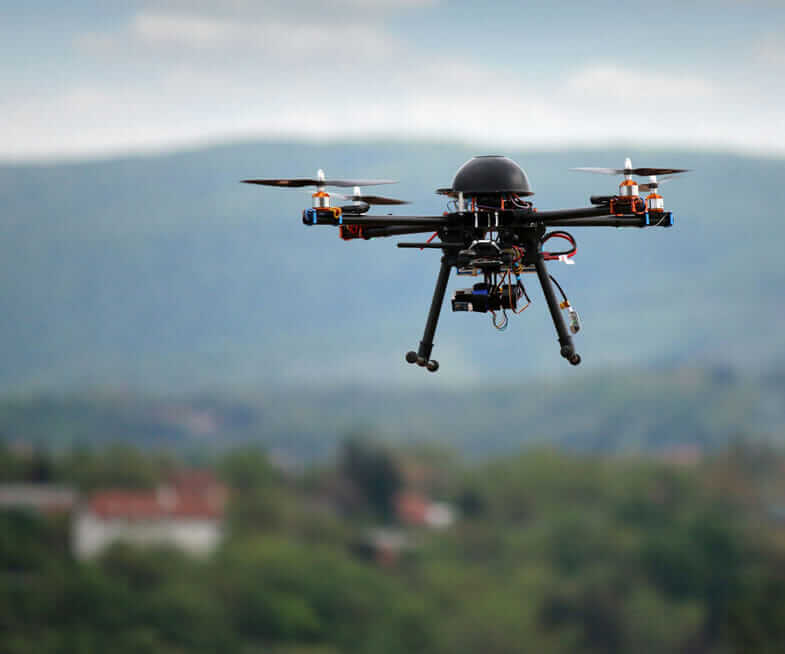 “We are right on the tip of the iceberg,” Scott says. “Within the next five years I believe we’re going to see a saturation of drones in the United States; they’re going to be extremely common everywhere.”

In fact, drone sales are expected to balloon to $11.2 billion by 2020, and an estimated 3 million drones were manufactured in 2017, according to research firm Gartner.

“Unmanned vehicles have the potential to create new businesses and new jobs and give consumers unprecedented remote access to our skies. They also will improve and protect lives,” CEA President and CEO Gary Shapiro said at the 2015 International Consumer Electronics Show (CES) in Las Vegas. “Drones already are helping emergency and disaster management programs, national weather service tracking and traffic management programs, among others . . . In short, drones are not just for fun, they are an economic game-changer—one that will transform the way we do business.”

And drones in police work will also change the way police officers do their jobs.

“It’s like having 20 officers on patrol or more,” Tijuana police chief Alejandro Lares, who uses drones to patrol residential neighborhoods in the Mexican border town, told USA Today in 2014. “Even the bad guys … they’re going to know now there’s something in the air that might be watching them … It may be a small step in community policing, but it’s huge for our future.”

Here are just a few of the areas in which drone technology and aerial surveillance likely will be leveraged for law enforcement when that future arrives. 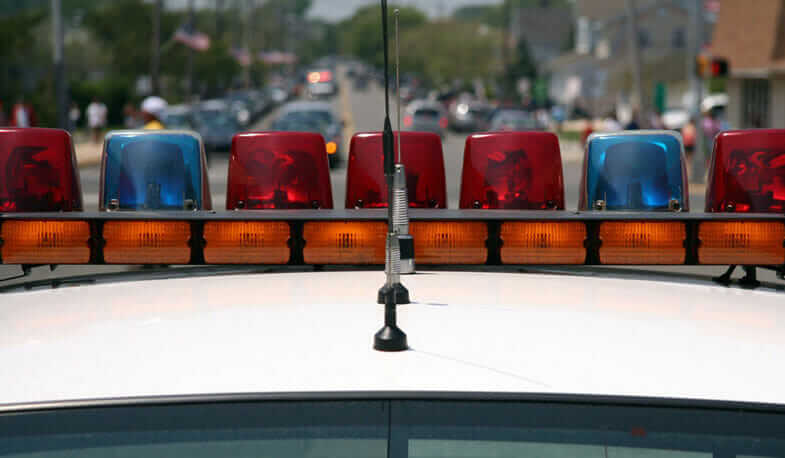 During the Dykes drama, the FBI’s drone kept constant eyes on Dykes’ bunker. In the future, however, a drone the size of an insect could keep watch inside the bunker, as well.

“What we’re seeing right now are ‘quadcopters,’ which consist of four [rotor] blades on top of a tiny robot. But in the future we’re going to see biomimetic designs that mimic nature—based on a dragonfly, maybe, or a hummingbird,” Scott explains. “These drones will be able to fly into a space and produce a 3D scan so that if you’re dealing with a hostage situation, you can see exactly what’s going on inside the building without risking lives.”

Law enforcement drones equipped with telepresence technology will enhance hostage negotiations even further. “Instead of risking lives by sending a negotiator into the space, you could send in a drone with a screen attached to it and still have a face-to-face conversation with the hostage or hostage-taker,” Scott says.

Similarly, a recent standoff  between police and an armed, distraught woman in Virginia could have ended with casualties had law enforcement not used drones to monitor her actions before moving in to make an arrest.

The same drones that provide situational awareness during a hostage crisis could do so in the event of a bomb threat.

In fact, the San Jose Police Department (SJPD) in San Jose, Calif., recently acquired a drone for exactly this purpose. “SJPD intends to use the [drone] primarily to access potential explosive devices and avoid exposing police bomb squad personnel to possible hazards,” the department reported in August 2014. “The [drone] can be flown over a device to obtain images that would assist the bomb technicians.” 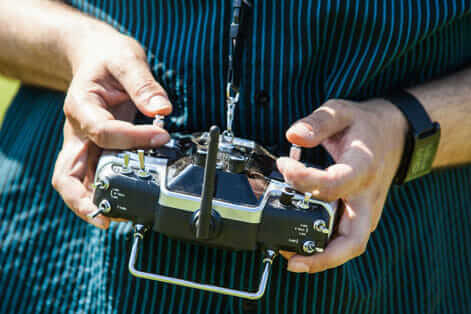 Imagine a child missing at a crowded amusement park, a hiker lost in the wilderness, an Alzheimer’s patient wandering from home, or a runaway teen hitchhiking her way out of town. Police surveillance drones equipped with cameras, license-plate readers, and facial-recognition software could one day soon increase the probability of locating them—not to mention the speed at which they’re found.

“It’s 50 times quicker than you could put people on horseback, motorcycles, bikes, or on foot,” John Noland, a lieutenant with the Santa Rosa Police Department in Santa Rosa, Calif., told the North Bay Business Journal in fall 2014. “It gives you real-time intelligence.”

In February 2018, that kind of real-time intelligence helped British police locate a disoriented and hypothermic driver who had wandered away from his flipped vehicle. The thermal drone found the unconscious man 160 meters away in a deep ditch, just in time to prevent his death from exposure.

Missing persons aren’t the only ones police could find in a crowd. Criminals also could be identified. One company—Persistent Surveillance Systems of Dayton, Ohio—already is using manned aircraft to this effect, working with local law enforcement to fly manned surveillance aircrafts over cities for up to 200 hours a month. In Ciudad Juaréz, Mexico, aerial images it collected in 2009 captured 34 murders as they occurred, including a cartel killing, video analysis of which led police to the hitman, his getaway vehicle, and several accomplices. 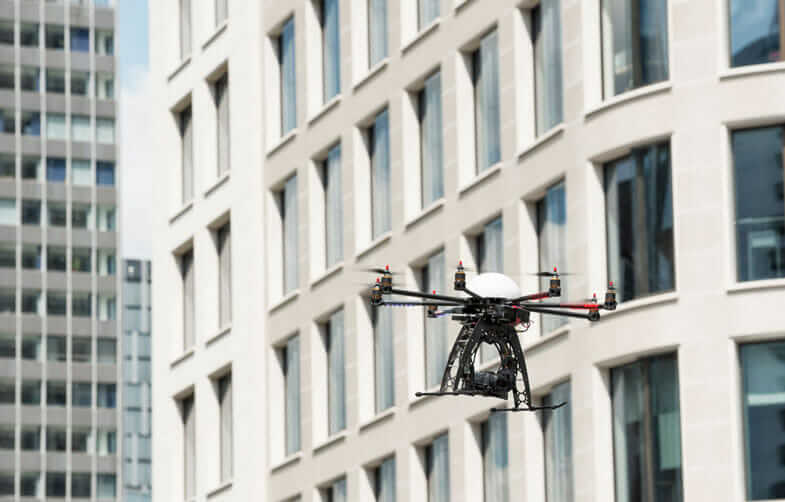 “What we essentially do is a live version of Google Earth, only with a full TiVo capability,” Persistent Surveillance Systems President and CEO Ross McNutt said of his company’s technology during a 2014 interview with the Center for Investigative Reporting. “It allows us to rewind time and go back and see events that we didn’t know occurred at the time they occurred.”

It’s only a matter of time before unmanned vehicles can produce similar results.

In February, Dutch police shut down an illegal marijuana grow house when they noticed that the home’s roof was snow-free—the only one in the winter-kissed neighborhood. As it turns out, the heat lamps used inside such grow houses make them warmer than surrounding properties, making them easy to identify in wintertime. In the future, a police UAV surveilling cities from above could make spotting such homes easier. If such drones were outfitted with special spectroscopic sensors, they might even be able to detect meth labs and drug storage sites. 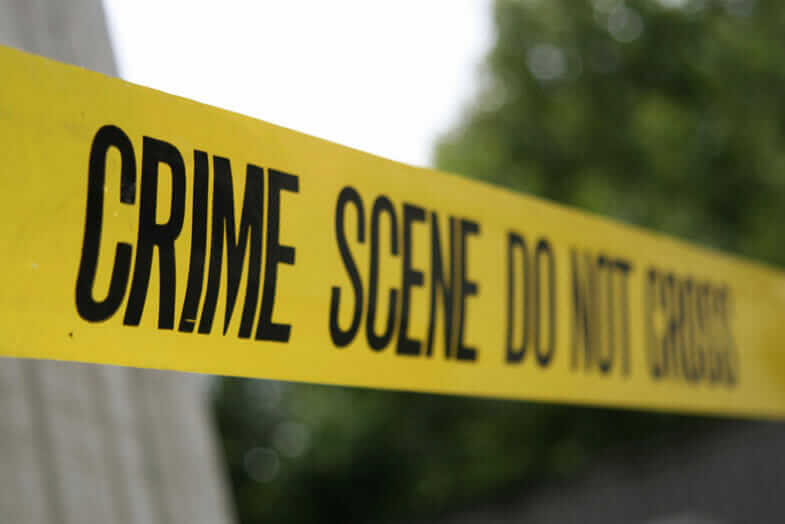 “Let’s say you have a case where maybe there’s dust on the floor, or blood, and you don’t want people tracking through,” Scott says. “If you want to see the scene exactly as it was left—without any sort of footprints or fingerprints from people contaminating that space—maybe your first task will be sending a drone in to photograph and scan the crime scene without disturbing it.”

Drones for law enforcement likewise could help police locate discarded murder weapons, or create maps that assist with solving and prosecuting crimes. “If someone ran down our local Main Street and started shooting at people, we could fly a drone through and map it electronically,” Noland told the North Bay Business Journal. “You can get the exact curve of the street, exactly where round casings dropped.”

If all this feels a little Orwellian, that’s because it is. Before police can use drones for good, privacy advocates insist that the government pass measures preventing them from being used for evil.

To that end, the International Association of Chiefs of Police (IACP) in 2012 published a list of recommended guidelines for use of UAVs in law enforcement. Endorsed by the American Civil Liberties Union (ACLU), its recommendations include the following:

“This is going to raise a lot of red flags for privacy, but as far as stopping innovation, I don’t think you can,” Scott concludes. “Already in New York City you can be filmed 50 times walking between home and the coffee place down the street. Good or bad, this is going to happen. I don’t think we can stop it at this point.”

This article has been updated. It was originally published in April 2015.