There’s a scene in the 1971 film Willy Wonka and the Chocolate Factory where the title character shows off his “revolutionary, nonpollutionary, mechanical wonder” in action. Willy Wonka, with a twinkle in his eye, pushes a single button, and the entire machine whirs to life, mixing and milling and drilling. After a few seconds of constrained chaos, out pops a flawless, delectable-looking piece of chewing gum.

If only manufacturing were this easy, environmentally friendly, and automated. However, even as emerging technologies allow increasing complexity and fidelity, the state of the manufacturing industry today is far from that fantastical factory—and its future is up for grabs.

Manufacturing in the United States has endured a pretty harrowing trajectory during the past few decades. The segment of Americans working in the industry has fallen from 32.1% of the total workforce at its peak in 1953 to roughly 8.5% in 2017, according to the Bureau of Labor Statistics. And a report published by McKinsey’s Global Institute found that the median US factory is 25 years old, with machinery averaging nine years old. US manufacturers have been deferring investment and focusing on cutting costs—tactics plagued by short-term thinking. 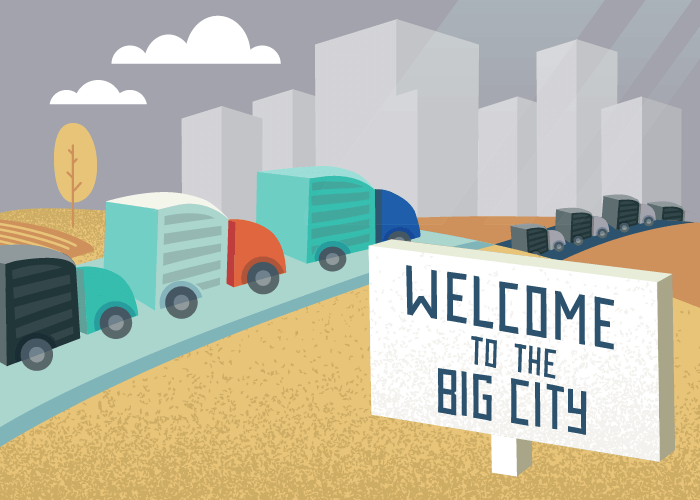 Fast-forward to 2019, when advances in automation are pushing a new story of disruption in manufacturing. In former industrial regions such as the Midwest, major manufacturers have long since left small towns and cities, abandoning an aging workforce with highly specialized skills. However, encouraging recent growth figures from Rust Belt towns suggest that those smaller population hubs could ultimately drive a manufacturing resurgence.

Willy Wonka’s chocolate factory was impressive because it provided an instantaneous supply to meet endless needs and wants. In the Midwest, issues like skills shortage, an aging population, and a lack of capital are real. But what if the future could operate like something out of a fictional world—and actually work?

See the factory of the future at Autodesk University.
Watch Now

Peer inside the e.GO Mobile Industry 4.0 reference factory of the future at Autodesk University.
Watch the Video

Toward a Possible Future

Rather than attempting to re-create the past, the manufacturing industry needs to focus on competing in the future. And the agents for success are emerging—in previously unlikely areas such as construction. Forward-thinking design workflows consider the afterlife of a building before it’s built: selecting low-impact materials and planning for the eventual disassembling of components to be repurposed elsewhere. As construction and manufacturing converge, could this type of innovative process extend to everything that’s made or built?

A speculative scenario developed in Autodesk Research shows one way forward for manufacturing in the Midwest, modeled around a network of configurable microfactories that leverages the manufacturing-as-a-service concept.

Imagine a small fictional town impacted by local plant closures, one with no jobs, no money, and a desolate Main Street resembling a scene from an old Western film. While an aging population nears retirement with few prospects to earn income, younger residents have left town to attend college and seek job opportunities. But as new growth areas emerge, more affordable property values and new types of jobs could slowly bring a younger workforce back to small towns and reinvigorate local economies. 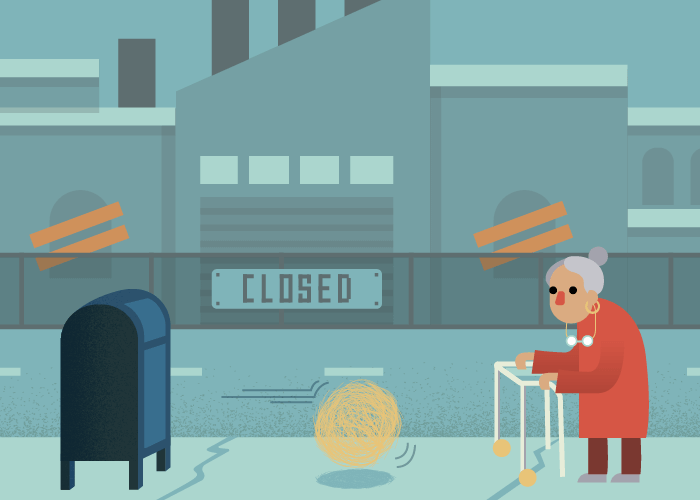 This scenario envisions a future in which microfactories have become agile and broad: Facilities would no longer be constrained by single-use equipment and highly specialized software tools capable of creating only a single product or part. Instead, think about one factory that could virtually upload a new toolset to reconfigure its workflow to meet new demands.

Ride-sharing apps have disrupted transportation, and other industries continue to move away from product ownership toward the “usership” of services. A manufacturing-as-a-service model could look like an agile “Rust Road manufactory network”—a consortium of connected microfactories that major corporations could subscribe to for an access fee.

And as demand for particular products shifts, so could the nature of the manufacturing process. Reconfiguring and connecting capabilities across a system of small factories could more efficiently deliver a final product. The fictional Rust Road manufactory network appropriates a real initiative: China’s “One Belt, One Road,” which calls for a revival of the Silk Road Economic Belt, attempting to leverage greater connectivity and cooperation across geographic borders. Part of this process would mean improving transport infrastructure and initiating policy reforms to reduce costs, leading to increased trade and investment.

New Roles for a New World

Smart infrastructure and emerging technologies such as robotics are already creating new roles in construction—but in future small-town microfactories, what other roles might emerge?

A “cobot site manager” could leverage decades of experience managing workers to oversee robot and human teams on the factory floor and construction sites. A “nomadic systems architect” might mediate complex construction and manufacturing networks, assessing optimal technology solutions and resource constraints and then liaising between designers and builders across regions.

As new products and parts are designed and new methods emerge to meet manufacturing demand, “robot trainers” could be brought in to run simulations, use augmented reality (AR) and virtual reality (VR) to gather knowledge from workers, and then leverage those insights, coding them into machine-learning algorithms—ultimately training the robots to work better in partnership with humans.

Half of the world’s population is now considered middle class or wealthier, and the demand for more—more housing, goods, food, and transportation—is driven by these demographic shifts. Increased demands might also increase small towns’ opportunities to reinvigorate their economies by meeting the supply issue. 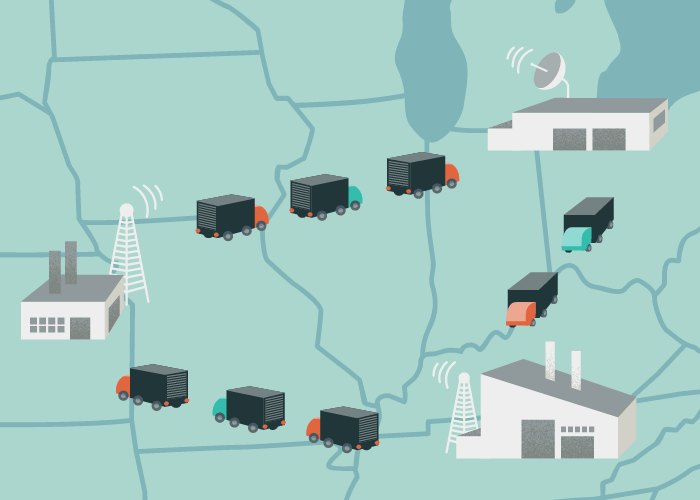 Architects and builders are already streamlining manufacturing processes to make construction more modular, repeatable, and efficient. And manufacturers are gleaning insights from construction sites, leveraging agile systems for factories that can be restructured to adapt quickly to rapidly changing, customized demands.

Technological advances in artificial-intelligence and tools such as generative design also help designers explore better solutions, optimize for materials and manufacturing methods, and leverage insights from existing builds to ensure a better build next time. VR and AR—originally developed for gaming and film—are being used for design collaboration, helping teams make decisions in real time with better data.

This vision may not be as whimsical as Willy Wonka’s, but perhaps that’s not what’s needed after all. When a manufacturing ecosystem becomes networked and distributed, regional and local entities are better equipped to compete in a constantly changing industry. As we look to the next decade, companies young and old—and cities large and small—will need to find new ways to drive value. Setting up the infrastructure now could ensure that both organizations and employees come out on the winning side.