Water covers 70 percent of the Earth’s surface, constitutes three-quarters of the human body, and is essential for everything from sanitation to agriculture. Water is critical—and it’s in crisis. 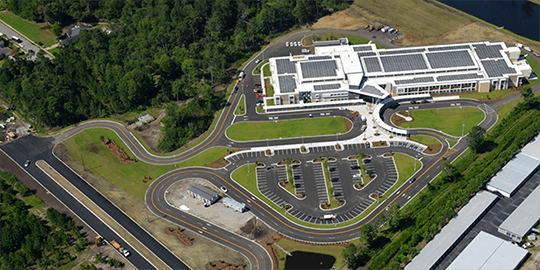 The problem is only growing, according to the World Resources Institute: As many as 3.5 billion people could experience water scarcity by 2025, due to increasing pollution and climate change. Global solutions are urgently needed, and architects have the unique opportunity to make a positive impact as built environments are intrinsically linked to water resources.

Four architecture students from the Institute for Advanced Architecture of Catalonia (IaaC) in Barcelona, Spain are doing exactly that. As participants in the Residency Program at the Autodesk Technology Center in Boston, each fellow executed an architectural research project for which water was a major theme. Collectively, these future architects are showing new paths to harness and protect this invaluable resource.

A Bridge to the Future

IaaC student Lars Erik Elseth has seen firsthand how new approaches in architecture can adapt to changing water needs. Originally from Scandinavia, Elseth grew up visiting his family’s cabin in rural Norway. The inspiration for his research project was a decades-old footbridge he and his family traversed to reach the cabin, crossing a river that swells each spring with snowmelt. 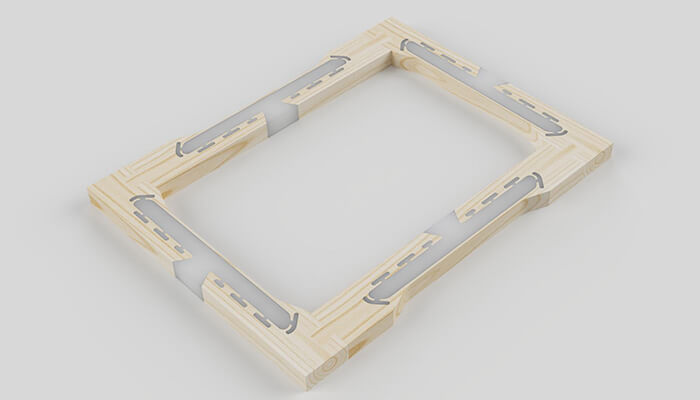 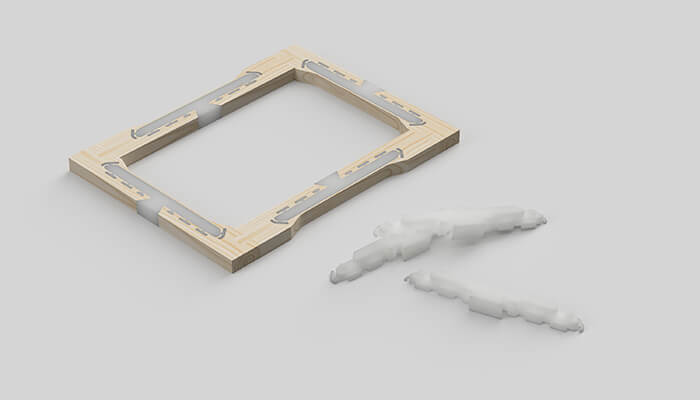 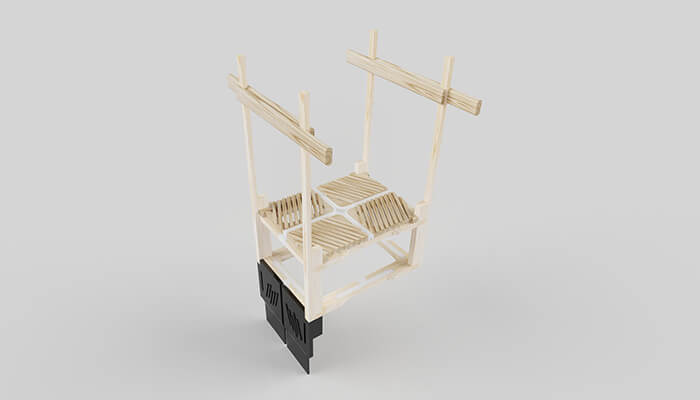 “Over the years, the bridge had been damaged from blocks of ice maneuvering their way downstream,” Elseth says. “The structural performance of the bridge decreased so much that it finally collapsed a couple of years ago.”

To replace it, Elseth conceived a flexible footbridge with soft silicone joints between dimensional lumber, which are assembled into an auxetic system: a system of joints that become wider when stretched and thinner when compressed, allowing the bridge to bend in response to rising water levels.

Elseth used Autodesk Fusion 360 to simulate the joints’ performance and improve his design, using a small prototype he constructed using a CNC machine. “Traditionally, water has been something you tried to escape or protect yourself against,” he says. “Instead of working with water, you’d isolate yourself from it or make everything waterproof. In my case, I’m using water as a force to generate the flexible movement in my bridge.”

More than eight million tons of plastic are dumped into the world’s oceans every year, according to Plastic Oceans International. The Ocean Conservancy says this debris threatens marine life and can leach harmful chemicals into surrounding waters. 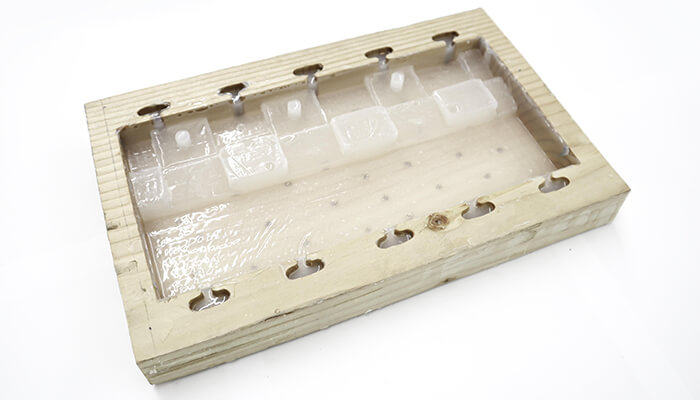 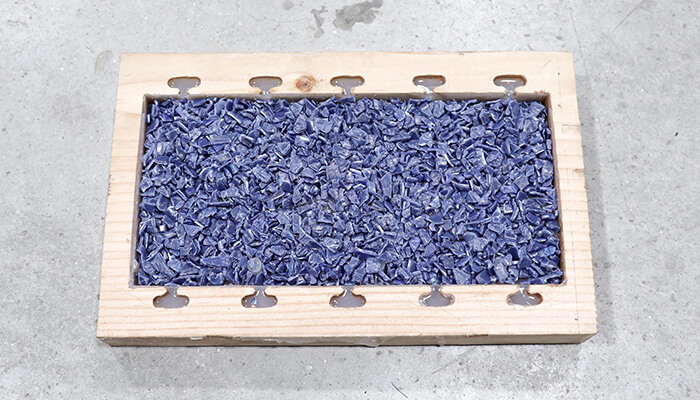 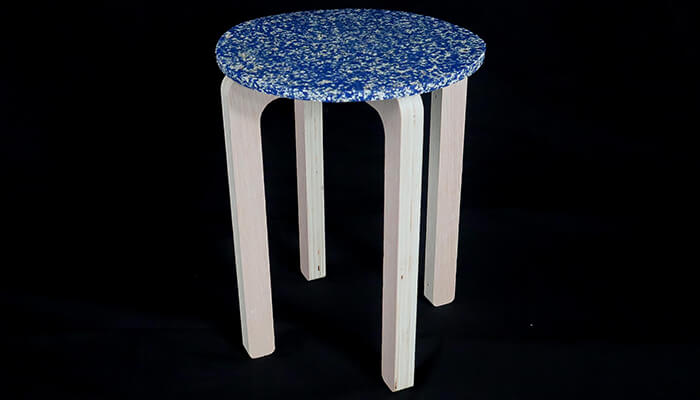 Gabriele Liuda Jureviciute is a Lithuanian IaaC student who designed a solution that encourages recycling plastic into architectural elements to improve livability in areas affected by mismanaged plastic waste. Her process begins with collecting, cleaning, and sorting plastic waste; then shredding it with a shredder from Precious Plastic (a global community that designs and builds open-source machines for plastic recycling); and finally, the plastic is melted and assembled by local communities. The approach intends to involve citizens in the recycling process, generating new value for the material as well as building social and environmental capital.

“What I found is that if you end up with a tile that’s at least one centimeter thick, it can withstand an amount of pressure higher than 900 kilopascals, allowing the design of a durable tile system for housing,” says Jureviciute, who spent her summer in the Autodesk Residency Program testing ways to manufacture and install the tiles. She’s applying her design toward emergency housing in Indonesia: sustainable shelters built with bamboo scaffolding, clad in recycled-plastic tiles. The shelters are low-cost, accessible, and secure, intended to house people displaced by natural disasters. Once they’ve served their temporary purpose, the tiles can be recycled again into architecture or other long-lasting items such as furniture. “Once you can afford a proper house, you can still use the tiles,” Jureviciute says.

The average person consumes—and wastes—a lot of water. (According to the USGS, in the United States, people use an average of 80 to 100 gallons per day.) Consider the water that runs down your shower drain, washes your dishes and clothes, and irrigates your lawn. Although it ultimately ends up back in streams, rivers, lakes, and wetlands, it takes along harmful chemicals from soaps, detergents, fertilizers, and other pollutants. 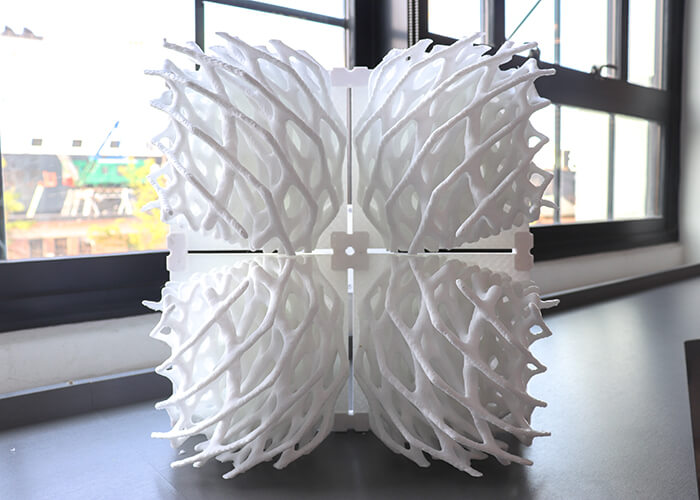 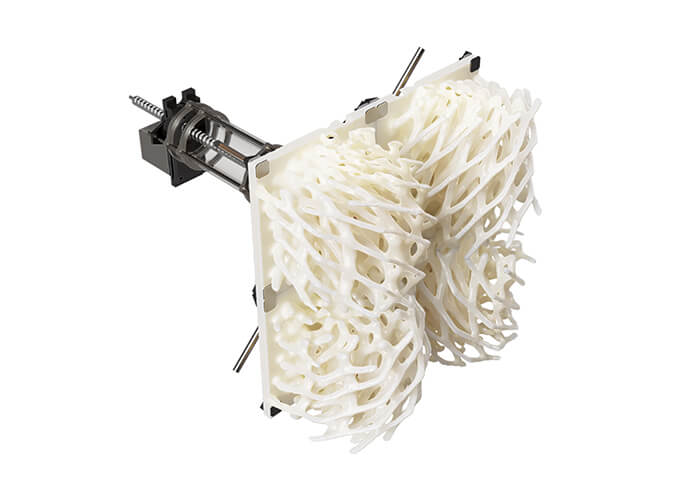 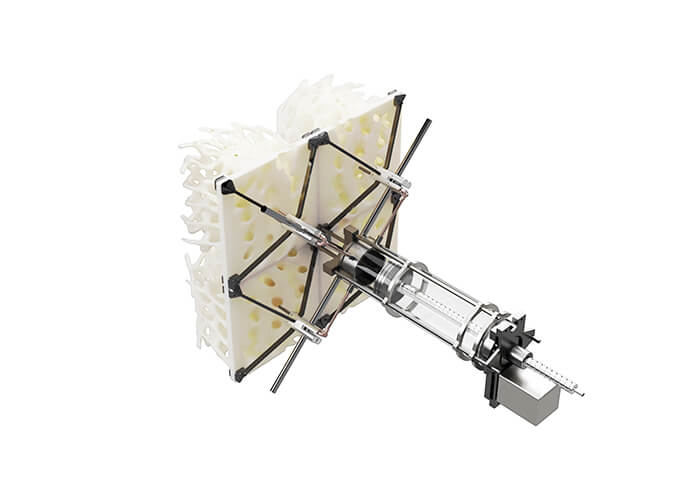 During his residency, IaaC student Elliott Santos developed a novel cladding system that could be applied to building facades to provide passive wastewater treatment. “We don’t realize the things we’re actually putting into our water,” Santos says. “In places like Canada, where I’m from, our roads are salted so much during the winter that all the water runoff becomes super salty. That affects not only the water but also the soil.”

Santos’s solution is biological: He’s developed a vascular-inspired system of lattice structures 3D printed with a biodegradable filament then injected with a cellulose composite gel mixed with fungal spores. The resulting fungal growth naturally filters wastewater as it flows through the system from green roofs on buildings to waterways on the ground. And when the system eventually biodegrades, it becomes food for insects, which become food for birds, creating a chain of biodiversity—and cleaner waterways.

“In urban areas especially, there’s a huge gap of space and habitat for wildlife to thrive in,” Santos says. “My idea is to fill this gap by creating stepping stones that help species move through the city.”

IaaC scholar Yasmina El Helou is a Lebanese architecture student who grew up in the arid Middle East, where blue gold (water) is almost as precious as black gold (oil). “For me, water is very personal,” El Helou says. “Water scarcity is an issue I’ve lived with my whole life. It’s important to me that people understand it’s a real problem. Even if you don’t see it every day where you live, it’s happening. We cannot live without water.” 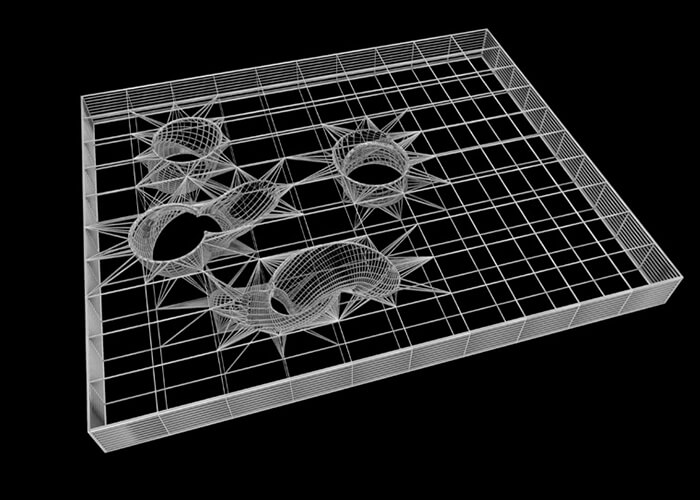 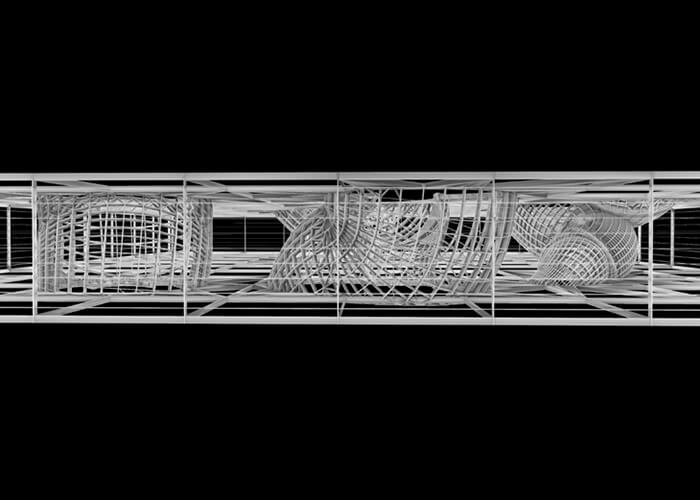 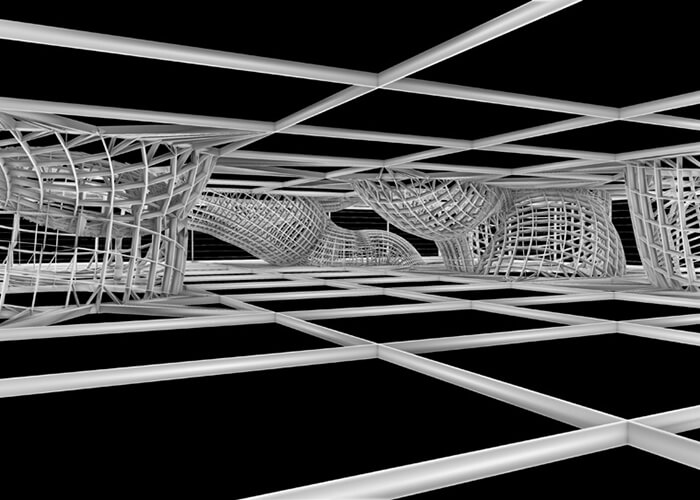 El Helou’s project was developed with dry urban landscapes in mind, focused on harvesting water in specific areas where it only exists as fog or mist. “I was inspired by the cactus and other plants that survive in dry environments,” El Helou says. Her vision is creating porous concrete tiles that can capture condensation from fog and funnel it into storage tanks for use in bathrooms and gardens. With help from the wind, water is driven from the tile to wires that will lead it to the building’s tanks.

Although she’s still experimenting with tile shapes and concrete blends, the project already has demonstrated what’s possible when architects think as much about function as they do about form. “Architecture now is about more than building a house or a mall,” El Helou says. “It’s about designing something for people that can help them in the long term. I’m not a scientist, but I have so many tools at my disposal that I can design something that helps scientists do scientific things. I believe that is our responsibility.”