The ability to model cities and traffic systems—and manage them—is about to solve the biggest issue of the modern age: my commute.

My commute from the time I leave home until I get to Autodesk in Boston is an ongoing mystery.

On good days, I get there from Connecticut in two hours. But it can also take three and a half. Same route, same distance, but the results are unpredictable. Rain or shine, summer or winter, it’s always a guessing game as to when I arrive at work.

Painful commutes are a corporate touchstone, a game played with colleagues and business associates to see who has it the worst. It’s a show of valor.

But it is also a major problem that’s a huge productivity waste.

Removing my own painful journey from the equation and looking at the problem as an architect, I see all that traffic as an indicator of economic vitality. Traffic means that the world’s population is increasingly moving into cities, that these people need to move around, and they need to get to work (or play).

Of course with that vitality comes air, noise, and light pollution; massive energy consumption; and more contribution to the ever-growing concerns about climate change.

As the world becomes more urbanized, these trade-offs are obvious, and it’s becoming clear to everyone that we really need to get on top of the problem.

You can now understand these issues from someplace other than behind the wheel of your car as it inches through traffic. Increasingly accurate computer models, like those behind Google Maps, now predict traffic before you drive into it. But there are breakpoints—first lots of traffic indicates robust growth, but then people start wasting so much time on their commute that they no longer want to work downtown and choose to stay in the suburbs. 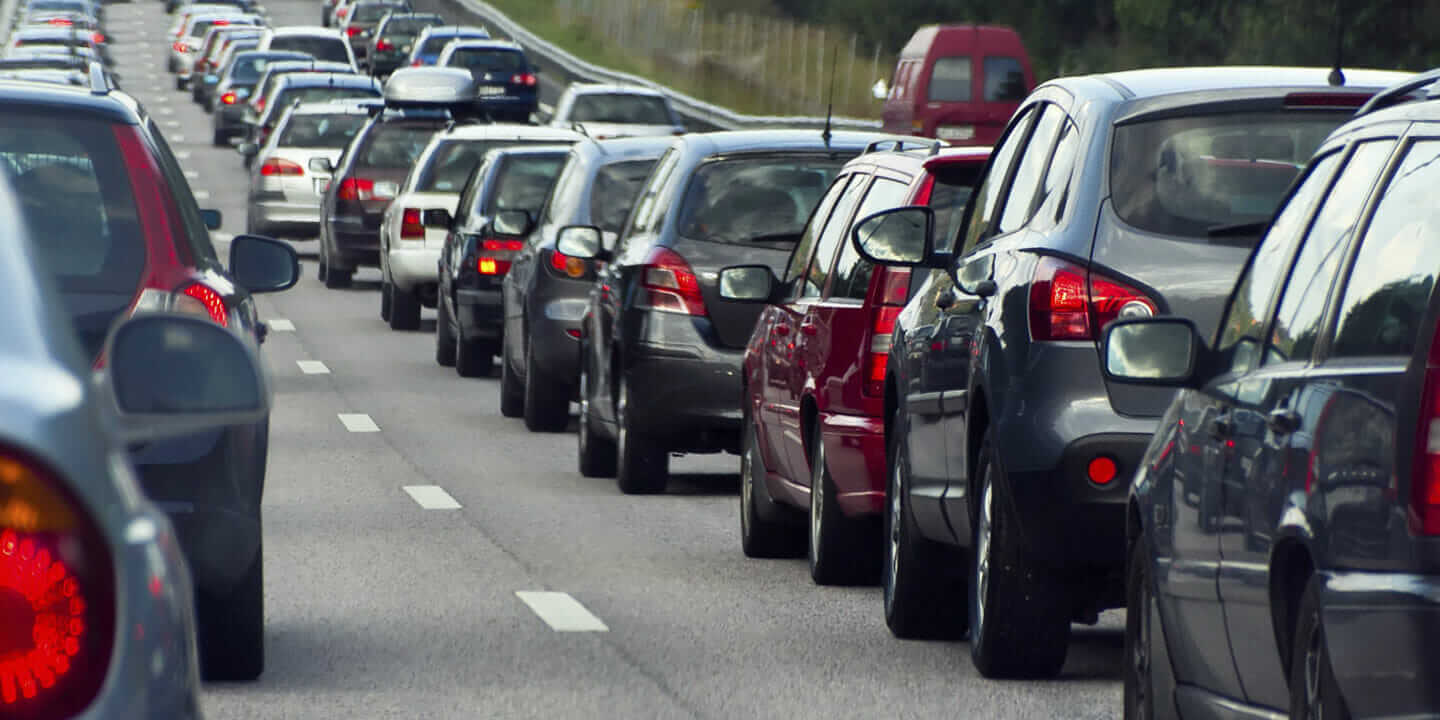 Even when public transportation is an option, considerable planning, investment, and innovation is needed because the car isn’t going away any time soon. One of those innovations might be autonomous cars, potentially a major solution for traffic congestion.

Before we get there, however, we need a better understanding of road systems and how they work. And the technology to make that happen is starting to emerge.

Simulating traffic congestion with a computer model is a complex, multivariable problem. You have to try to understand the economics of people coming and going, which “drives” their behavior (no pun intended). How far do they have to travel from the house they can afford to the place they’re going to work? How well does the road system work? How do conditions change during the day? Where are the other traffic generators? The suburbs aren’t disappearing anytime soon, and people generally work elsewhere. What does that mean?

You still need an urban plan, a strategy that facilitates the movement of people and organizes the places where they live. Technology helps simulate all this stuff to understand these dynamics, including the relationship of housing, roads, workplaces, terrain, and the other elements of urban life. In fact, Autodesk is currently experimenting with a new technology preview called Project Commuter, which will simulate how people travel from place to place—whether by car, bike, public transportation, or even on foot.

Here’s a prime example. An office building with tenants brings a certain number of working people driving to that building every day, and that creates a traffic flow that can be analyzed as a roadway simulation. From there, the effects of various road speeds, different traffic-light patterns, and control flows can also be tested. Ditto for public transport. Aggregate all the sources and destinations of cars, and there’s your model.

In planning mode, these models can test the relationship between the number of office buildings and the transport necessary to support them holistically, something computers are quite good at.

This all seems obvious. But the real benefits will kick in when we have autonomous vehicle control and “self-driving cars” available to help manage traffic and its challenges.

“If You Build It, It Will Drive”

The research and development of autonomous cars are happening—and it’s not just at Google. Even though the company alone did recently receive 25 of the 29 available self-driving car testing permits from the California DMV.

The latest Tesla model already includes autonomous vehicle control. You can flip a switch in the car and give control of your car over to a computation system. Eventually, sensors embedded in the roadway itself will provide your vehicle with real-time information to calculate motion and distance and manage the overall road system with the cars that are driving on it.

A lot of the same technology is actually in the cars you see on TV commercials these days. GPS, auto-steering, and proximity sensors can help you park and determine spacing along the way. Eventually, such systems will connect and control all the vehicles on the road, and then we can remove a lot of the individual decision-making. You know, that behavior, like those who have a meal behind the wheel or actually interfere with traffic by constantly weaving between lanes, which tends to slow the entire road network down.

Of course, this isn’t going to happen overnight. Here in the U.S., people love to drive their cars themselves. But what if I was able to switch to autonomous control once I was within 40 miles of downtown Boston (where the traffic starts), and that got me to work 30 minutes faster? I would do that every time and give up the precious control of my car for a while in exchange.

The changeover to this system will probably resemble the switch from cash tolls to E-ZPass. You can still pay a toll in cash today, but you end up sitting in a long line of cars. However, if you use the automated system, you just keep driving right through the gates. The change didn’t happen right away—it took a while for everyone to get with the program, literally.

And that same gradual approach—and social shift—will probably happen with driving automation, too. First one autonomous lane, then two, and as people see how more efficiently those people are traveling, they will want to join the autonomous party.

Of course, the solution doesn’t end there. Autonomous cars won’t solve everything (not to mention the question of autonomous vehicle safety), and there must be a balanced approach with public transportation, too. But that’s a whole other subject.

Show Me the Money

When I was practicing architecture, we used to say, “If you have the money, I have the technology.” So who is going to step forward and pay for these big changes in our infrastructure? Does traffic continue to degrade our efficiency, our atmosphere, and our patience, or should someone write the check? Like many infrastructure questions, it’s an investment question more than anything else.

Here’s hoping that question will be answered before my commute extends to four hours.