Do you have a great idea for a new product but don’t have a fully equipped manufacturing plant to realize it? Thanks to a pair of California hot-rod enthusiasts, the whole manufacturing workflow—from conception to assembly—might someday be within your grasp.

Those hot-rodders are Felix Holst and Mouse McCoy. Holst was running the Hot Wheels division of Mattel when he met McCoy, a stunt driver and filmmaker. Both had been on the lookout for the next big change in their industries, and as the pair worked on the Hot Wheels for Real campaign, they knew they’d found kindred spirits. Their common interest in the future of designing and building was the inspiration for Hack Rod—Holst and McCoy’s vision of a manufacturing platform for the maker of tomorrow.

To get Hack Rod rolling, they engaged a series of partners, including Autodesk, to scan and digitize a hot-rod chassis and import it as a 3D model into a computer, where generative design could work its magic. The possibilities of generative design using cloud computing’s processing power felt like a revolution for Holst and McCoy: They could set the build parameters, like weight and materials, and let the software produce as many digital iterations as needed to arrive at the optimum model.

After some initial prototyping and data collection (including a punishing test run in California’s Mojave Desert), Hack Rod is well on its way to producing the world’s first generatively designed, 3D-printed car. 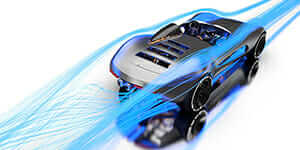 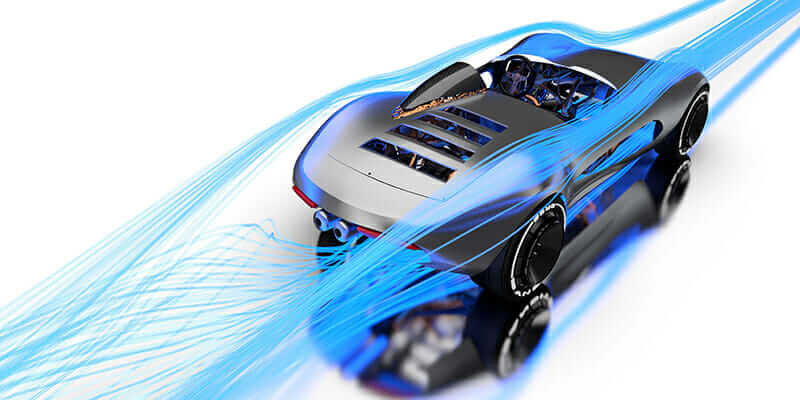 A Vision of Manufacturing’s Future. Before Holst, McCoy, and their team even put wheels to the road, they knew the vehicle was only the beginning. At present, they’re running a skeleton crew in between shops as they enter a new phase of research and partnership expansion. In the next phase of Hack Rod, Holst and McCoy are looking to make manufacturing accessible.

“Hack Rod is not about a car,” Holst says. “It’s about a platform. The platform is connected and does all the work for you.”

The cloud-based platform itself, McCoy confirms, is going to be built with APIs from Autodesk and other partners, with the aim to provide a one-stop design, validation, and manufacturing portal to create, adjust, and build. As a filmmaker, he’s seen similar things happen in the world of CGI.

“You start seeing entire worlds that are pre-viz’d and animated in Maya 3D, and the pipeline in the cloud is really exciting,” he says. “You already have a lot of your design work done just in your ideation, and to be able to take that through in a compressed workflow of manufacturing, that’s the way the world’s heading.”

So once the Hack Rod platform is live, the idea is to upload your 3D model to the cloud; initiate generative design to find the ideal balance of materials, weight, cost, and performance; and send the resulting files to manufacturers to make or order parts that will be delivered to you to assemble locally—all from one single user interface. Right now, McCoy and Holst are putting together the team and the tools to build it all out.

According to Holst, the software end of the manufacturing workflow is getting easier and more accessible all the time, and it’s the next step—finding prices and reputable suppliers that are already tooled up to make the parts you need—that’s often beyond the reach of everyday makers. “A lot of the time, as an ordinary Joe, you’ve got no idea where to even start with that stuff,” he says.

3D printing is yet another cutting-edge technology adding feasibility to the Hack Rod platform idea. Traditional manufacturing requires production lines to be retooled for every possible variation, but 3D printing takes a majority of up-front cost away: It can be just as cost-effective to produce one unit or 100.

The fabrication flexibility of 3D printing also enables the full realization of generative design. “Before, we couldn’t have manufactured a generatively designed component because you couldn’t do it using traditional means,” Holst says.

“The architectural advantages possible with 3D printing provide uniquely optimized structures that inherently reside in both the digital and physical realms,” Gardner says. “This is a big deal. We’ll be building the digital pipeline and then showcasing a validated methodology for producing big additive metal parts.”

The Hack Rod Philosophy. The new means of production Holst and McCoy foresee could apply to anyone with a great idea and the proverbial garage or shed to build it—whether it’s a car or any other manufactured product.

“For 100 years, mass production has been set up to build one thing lots of times,” Holst says, noting that the auto industry is set up to make and sell a certain amount of a near-identical commodity because of the steep manufacturing costs. “You can have different wheels or different fabric in the interior, but at the end of the day, it’s the same thing.”

But manufacturing technology and facilities aren’t the only barriers Hack Rod intends to bring down: Holst believes a great idea shouldn’t require a degree in engineering or industrial design to realize. Instead, Hack Rod would democratize design for all.

“You drag a menu down and choose ‘rally car,’” he explains. “Okay, here are three suspension setups and engine locations. A few clicks and that geometry’s locked into my design. After that, it’s for me to decide what else I want, and that geometry infinitely adjusts to allow you to fit all your other components.”

But the Hack Rod platform’s success depends on looking far beyond cars and hot rods. Holst and McCoy want to connect powerful design capabilities with appropriate manufacturing partners—across industries and inside a single portal that’s usable for the average consumer.

Holst can see it starting with enthusiasts rather than commercial operators, but he points out that the enthusiast network is pretty broad and has given commercial industries like automotive engineering plenty of innovations. And with a unique blend of hands-on experience, the drive and passion of wide-eyed newbies, and an eye firmly on the future, they just might make it happen.