From prehistoric materials to today’s high-tech innovations, composites have always been on the cutting edge, allowing ancient Egyptians to build shelters out of air-dried bricks and astronauts to explore space from the safety of Kevlar-infused shuttles. In fact, you could say that the rise of composites in some ways mirrors the rise of human civilization. Watch the video to learn about the history of composite materials and how they’ve enabled human innovation for thousands of years.

Narrator: What technology from prehistoric times is still behind some of our greatest innovations today? Composite materials.

What Is a Composite Material?

A composite consists of two or more distinct materials that combine to form a new material that is stronger than either component would be on its own. Composites are used to build everything from houses to aircraft. By combining multiple components into one supermaterial, previously impossible ideas have become possible. For example, forging a matrix, like cement, with a reinforcement, like steel rebar, creates a composite material strong enough for today’s bridge decking.

Let’s take a look at some of the early forms of composites to see how we have created the precise and powerful materials we use today.

Starting in 7000 BCE, humans began to use air-dried brick—a composite of mud and clay or straw, and wattle and daub, a lattice made of brushwood that is reinforced by a sticky “daub” of soil, clay, dung, or fibers. In 3400 BCE, the Mesopotamians strengthened wood materials by gluing wood strips together at differing angles, creating the first plywood. Ancient Egyptians used wood papyrus and plaster composites called cartonnage. And during the Han dynasty, the Chinese composited paper pulp and adhesive to make the first papier-mâché structures. 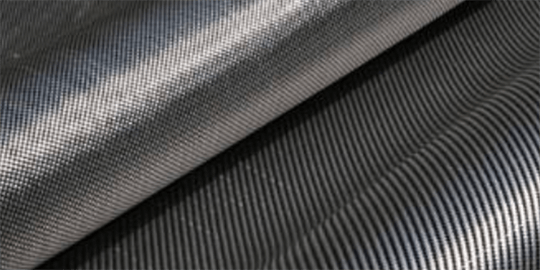 Concrete, still the most prevalent composite used today, was documented by ancient-Roman engineer Vitruvius in 25 BCE. He created various versions of the composite using sand and lime cement. Much later, Francois Coignet ushered in the use of reinforced concrete with the construction of the first iron-reinforced concrete house in 1853. Reinforced concrete is a composite where concrete is combined with supports such as a metal rebar. In the early 1900s, American architect Julia Morgan created a 72-foot bell tower called El Campanil in Oakland, CA, from reinforced concrete. This impressive structure survived the 1906 San Francisco earthquake with no damage, and reinforced concrete became widely used for its seismic performance and fire resistance.

In 1905, Belgian chemist Leo Baekeland created the first fiber composite, called Bakelite, by combining plastic with wood flour or asbestos fibers. Heat-resistant and nonconductive, Bakelite was perfect for items such as kitchenware, electrical casings, toys, and records. Then, in 1936, Dupont released the first fiberglass by combining glass fibers with plastic, offering a material with a high strength-to-weight ratio that could replace wood and metal. Fiberglass became critical during World War II and was mass-produced for boats, ships, and fuselages, eventually leading to automobile production in the 1950s.

The ’50s saw an explosion of fiberglass production for more diverse items like helicopter blades, printed circuit boards, and firearm components like lower receivers. But the space race of the 1960s demanded a material that was even lighter, stronger, and more heat-resistant—and the metal matrix composite, or MMC, was born. MMCs are composites of metal and another material such as ceramic. Carbon fiber, patented in 1959, and ceramic whiskers, developed in the 1960s, made composite materials more durable and suited to temperatures for aircraft carriers.

The 1970s brought new inventions such as the Kevlar composite, using a nylon component called aramid. Kevlar is used heavily today for aerospace, automotive, consumer products, and environmental applications. As the space race continued, the need for temperature-resistant materials in space stations and shuttles increased. Composite developments in the 1970s were also driven by consumer markets such as the automobile industry, and improved graphite composites began replacing wood and metal in sports equipment.

Composites can be extremely useful for environmental preservation, as well. In the 1980s, the production of the medium-density fiberboard composite provided relief from overlogging. In the 1990s, university researchers discovered how to remove chemicals and add polymers to make wood transparent, creating a shatterproof, biodegradable alternative to glass or plastic. While discovered in the ’90s, transparent wood was never adopted. It’s only now starting to be developed further.

The Future of Composite Materials and Civilization

It’s no wonder that, by now, composites have transformed almost every aspect of daily life. As we continue to expand into space, biodevelopments, and alternate forms of energy, composites provide the basis of technologies we may never have imagined. Some of the latest composite developments include biomimetic hybrid composite materials that mimic the structural qualities of crustacean shells, spiderweb silk, or mother-of-pearl; the insulation properties of a termite mound; the self-healing properties of human skin; or the flight prowess of birds and bats.

New nanocomposites, in which one part of the component is 100 nanometers or less, help create more powerful batteries, heal bones, create flexible electronics, improve strength-to-weight ratios of materials, and identify tumors in the human body. And robotic composites that combine sensors, computation, and actuating mechanisms allow materials to respond to different stimuli. Think of responsive camouflage or autonomous machines.

Whatever the future may hold, one thing is certain: Composites have been a critical technology since the beginning of human civilization—and will continue to be the key to monumental developments in our lives today. Who knows? Maybe composite materials are the secret to restoring our planet.

When were composites first used?

Composites were first used in 7000 BCE. Humans used air-dried brick made of mud and clay or straw, and wattle and daub, a lattice made of brushwood that is reinforced by a sticky “daub” of soil, clay, dung, or fibers. These bricks were used for construction.

What are some examples of composites?

Some examples of composites include brick, fiberglass, carbon fiber, concrete, plywood, and Kevlar.

This article has been updated. It was originally published in March 2020.