How is a consumer Internet of Things (IoT) product like a smart factory—or not? Why is industrial IoT different from manufacturing IoT? And why is it called IoT, implying that things connect only over the Internet, which is definitely not the case?

Confused? Don’t worry, so is everybody else. Instead of adding to the confusion by proposing new and “better” terms, here’s a no-nonsense look at what defines the IoT trend across a couple of major industries, what’s new about it, and what these terms really mean.

What Defines a Thing in the IoT?

At the core, the IoT is about things (devices, machines, buildings, et cetera) that:

I’ll flesh this out a bit by building from the simplest form of thing (a “disconnected thing”) all the way up to the connected IoT thing.

First, there are disconnected things, which are, not surprisingly, things that are not connected to anything else (cyber or physical). They are normally purely mechanical devices and use hydraulic, pneumatic, or chemical power to produce motion. Note that disconnected does not imply simple: Disconnected things can be very complex and perform sophisticated functions; they just don’t have electronics and cannot “talk to” or “listen from” other things.

Then there’s the addition of sensors. At this point, the thing can actually sense its environment. This adds an extra level of sophistication because now the embedded software can take the conditions of the environment surrounding the thing into account to make more informed decisions about what to do.

Finally, connectivity is added. The specifics of IoT connectivity are vast, but suffice to say that things can be connected in many ways using many protocols (Bluetooth, ZigBee, Wi-Fi, 4G, GSM, NFC, and MQTT, to name a few). By the way, this is why some have a problem with the “Internet” part of the term “Internet of Things”—because it implies that things connect only over the Internet. This is certainly not the case.

Now the thing can connect to and exchange data and commands with other things and software systems. If you take a look inside, a connected thing will generally contain:

Of course, designing connected things requires an intimate collaboration and close orchestration among designers, from multiple disciplines, who typically use different tools and solve a different portion of the bigger problem.

What is the net-net? Here are fantastic, intelligent, interconnected things that can sense their environments. So what? Hasn’t the designing of connected devices been happening for decades? What’s new about this IoT hype? Well, a few important points:

Up to this point, I’ve described IoT systems in a generic way, deliberately avoiding discussing the specific industry segment in which they belong. There is a lot of commonality in the IoT world: things that are interconnected, exchange data and commands, and enable attached services.

But from there, things begin to diverge. These differences become apparent when we look at the type of things that we are connecting and the problem(s) the IoT system is trying to solve (that is, its purpose). Looking at these two aspects, there are three basic types of IoT systems: consumer, industrial, and manufacturing.

These systems connect things that consumers would typically buy directly at a store for their personal use, such as electronics, fitness devices, home automation/security devices, and leisure/entertainment/lifestyle things. Their purpose is to improve lives by making them healthier, safer, or more enjoyable. These applications are what people generally think of when they hear “the IoT.”

Here, it’s the connection of things that basically are non-consumer; the ones typically purchased by a professional or a company in order to use them in the delivery of a service. The Industrial Internet of Things encompasses industrial machinery; transportation equipment (cars, trains, and planes); health care equipment; and megasystems like smart buildings, smart cities, and smart utility grids. Their purpose is to increase productivity, allow manufacturers to differentiate through the offering of attached services, and reduce environmental impact. Industrial IoT systems enable applications such as predictive maintenance services, energy optimization, and design optimization. 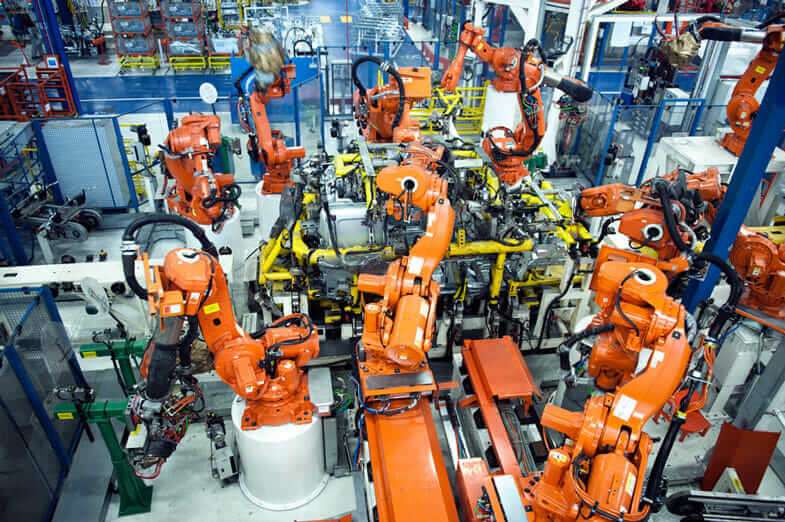 As the technology matures over time, it will become more apparent and clear as to which IoT lives where and why. In the meantime, there’s storming, norming, and seeing what rises to the top of the IoT food chain. But one thing it all comes down to—it’s all connected.

Editor’s Note: Read Diego Tamburini’s second installment on the Industrial Internet of Things, which explores how the connection of data and devices delivers more value to customers.