When Zach Schafer, CEO and executive director of United for Infrastructure (UFI), talks about the nonprofit’s name, he focuses on the word united: His mission is to build “partnerships across business, labor, and public sectors to transform America’s infrastructure.” To this end, UFI has created a group of unlikely allies that are working together to change the conversation about infrastructure in the United States.

“For most of this nation’s history, there was an understanding that building and maintaining infrastructure is the role of federal, state, and local governments, in cooperation with the private sector,” Schafer says. “But the conversation moved away from that. Since the mid-2010s, it seems our country has been trying to put a Band-Aid on the open wound of our infrastructure. Infrastructure cannot exist in isolation. We need everyone to advocate together for quality and better infrastructure.” 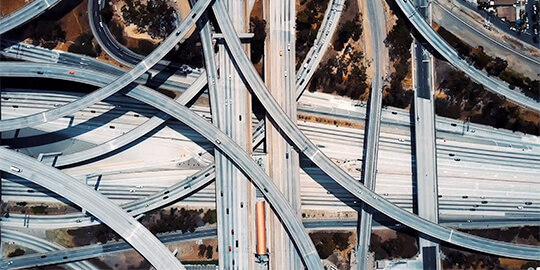 UFI is based in Washington, DC, and has been around for nine years. Its 500-plus affiliate organizations represent public-private partnerships; business and labor; the political left and right; and those who build, operate, maintain, and use infrastructure. The steering committee includes the AFL-CIO, the American Society of Civil Engineers, the National Association of Manufacturers, and others. These groups may be divided on some topics, but their collective mission is to educate the public and policy makers about the importance of infrastructure improvements to the nation’s economy, workers, and communities.

UFI spreads its message through keynote events, webinars, workshops, and a podcast. On September 14, the group will open its annual (virtual) conference; this year’s theme is “Rebuild Better.” The event will bring together policy makers, the public, and experts in infrastructure to discuss how infrastructure can enable lives and businesses, how to rebuild infrastructure after COVID-19, and how to ensure equal access to infrastructure.

“The pandemic has exposed the strengths and weaknesses of our infrastructure, such as access to and affordability of broadband,” Schafer says. “We want people to walk away from the conference empowered by new ideas and perspectives about how to build and rebuild better—from both the policy and the practical perspectives.”

UFI does not lobby or endorse candidates or specific legislation. It focuses on educating the general public to think about infrastructure before it breaks and helps policy makers understand the value of smart, durable infrastructure policy. “The federal government doesn’t need to do everything on its own, but it does need to be a part of setting the vision and sending the signals to the private sector and state and local governments,” Schafer says. “We need a long-term plan for infrastructure, stable funding, political buy-in, and community buy-in.”

As UFI’s CEO and executive director, Schafer took over the role with a conviction that groups that normally don’t work together should do so to advocate for better infrastructure. UFI provides a “safe space” for dialog about the value infrastructure brings to all: rural or urban, producers or consumers, and those already involved in the conversation around infrastructure or not. “Everybody has a vested interested in infrastructure, even if they are not thinking about it,” Schafer says.

For example, AARP (formerly called the American Association of Retired Persons) is a group that is not usually associated with infrastructure. But AARP, an affiliate of UFI, will participate in the upcoming week of programming because it supports infrastructure to help the elderly age in place.

“The value of partnerships is that when people and institutions begin talking to each other, they realize they have shared priorities.”—UFI CEO and Executive Director Zach Schafer

Manufacturer groups don’t typically speak out about infrastructure. But infrastructure can drastically affect their businesses if, say, their goods cannot get to market because they are bouncing around on roads with too many potholes or those goods are blocked at a seaport and slowing down supply chains.

“You would think there’s far more cooperation out there, but there isn’t,” Schafer says. “Life is busy. People tend to have their own priorities. The value of partnerships is that when people and institutions begin talking to each other, they realize they have shared priorities. They find out they can accomplish more together, and they can most likely do it for less. Shared priorities lead to better outcomes.”

UFI also gets the conversation rolling within the government. “The needs at the county and city level must be communicated up to the federal level and vice-versa,” Shafer says. “We provide a platform for doing that, along with practical resources such as templates and draft resolutions that policy makers and citizens can use.” 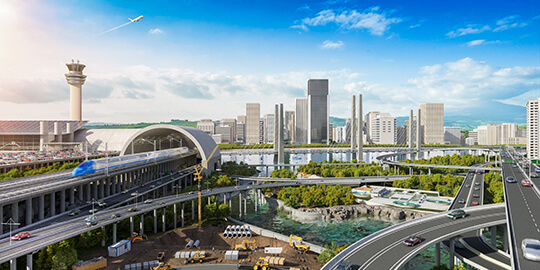 Heading into this year’s conference, Schafer has two big wishes for 2020. One is that Congress will do what’s needed to address lost revenues for states and municipalities due to the pandemic. “Our infrastructure can’t fail us now, whether it’s transportation, broadband, or water,” he says. “Those institutions and the customers they serve need to know that the government has their back.”