Innovation is a word that’s tossed around freely these days, but being truly innovative doesn’t have to mean reinventing the wheel—or coming up with the world’s next modern marvel.

Civil-engineering thought leaders share commonalities in their innovation processes—across varied organizations, projects, and approaches. BIM Advisor Cristian Otter leads a six-person team devoted to innovation at Geonius, an interdisciplinary engineering firm based in Utrecht, the Netherlands. He cites the advanced use of models as a recent addition that is making a difference at his company.

Ishka Voiculescu—a BIM/CAD manager in the Public Works Department of the City of Austin, Texas—has introduced new tools such as drones to capture images and better convey civic projects to nontechnical stakeholders.

And Matt Wunch, a BIM manager at BVH Integrated Services (a New England–based consulting engineering firm), recently added 360-degree panoramic renderings to the company’s toolbox. “I call it a ‘poor man’s virtual reality,’ as it’s based on a single position, but it’s made a big difference for us,” he says. “The ability for an owner or client to see something in 3D eliminates a lot of, ‘What is that?’ questions and puts the focus on the things that really matter.”

So how do these engineers make innovation a regular—even expected—part of their work lives? They make it a priority every day, with both big-picture and incremental shifts.

1. Innovation in Civil Engineering Is Often in the Tools You Have

Wunch is one of just five people in the United States to achieve Professional Revit Certification in MEP Mechanical, MEP Electrical, Structural, and Architectural. But he’s continuing to seek out new tools and functionality, as was the case with his discovery of 360-degree panoramic views while volunteering for an ACE Mentoring after-school program.

“Basically, I was just messing around in [Autodesk] InfraWorks, going through the menus and trying different things in the virtual reality offerings, when I realized that this type of view might be better than what we were currently doing,” he says.

His curiosity paid off and made it easier to communicate the ideas. “It’s a quick way for us to generate an immersive view we can share,” he says. “Clients and contractors really like it, and it makes life easier for us.”

Likewise, Voiculescu used UAV technology to bring his ideas to the people who will eventually be its end users. “We’re using [UAVs] mainly to build and enhance our 3D GIS based models with a more photorealistic look, and the public and other stakeholders really like the results so far,” he says.

Voiculescu also aims to know the software tools he uses inside and out—even focusing on customization. “After all, if we already have these tools, it makes sense to get everything we can out of them,” he says.

Otter has also found ways to use existing tools to build comprehensive models, rather than looking for new solutions. “We’ve been able to bring in geotechnical information and GIS layers, basically by looking hard at the capacities of the design software we were already using,” he says.

All three engineers consider social media a part of their existing toolset for information and inspiration. “Through shares on Facebook, I found cool civil-engineering features that I wouldn’t have thought of,” Voiculescu says. “How about converting those ugly red fire hydrants into street art by painting them to look like octopuses? In line with one of the sayings about Austin—‘Keep Austin Weird’—it might fit us.”

2. Get Out of the Office (and Get Moving)

“You have to get some inspiration to stay fresh,” Otter says. “That’s why our department also takes actual projects—in addition to our focus on innovation—and why I make it a habit to visit job sites and talk to contractors.”

Taking a tech-savvy approach to visiting job sites has been key for Otter to get everyone talking. “We’re now using integrated models for communication and information purposes, as well as design,” he says. “This really helps our work with contractors, and we even distribute tablets to the contractors so that everyone is working with the same model and communicating more efficiently.”

“We have to innovate; projects here [in the Netherlands] are complex and vital, and the technology we use has to be progressive and effective.”—Cristian Otter, BIM advisor for Geonius

Attending conferences also inspires a-ha moments. “I like to see how things are done in America, so Autodesk University is a good one for me,” Otter says. “There are always a lot of smart people around, and as I learn from them, they learn from me.”

Meanwhile, Otter and Wunch see fitness and getting outdoors as good ways to refresh and give them the mindfulness they need to innovate rather than default to the status quo. “I do a lot of outdoor sports, mainly running and mountain biking,” Otter says. “It’s for fitness, of course, but also to clear my head. If I spend too long on the computer, I get tired.”

For Voiculescu, vacations are a good reset, as well as a great source of ideas. “When I go to other cities, I look for engineering features that might not catch the eye of most tourists,” he explains. “For instance, I look for innovative ways in which other cities design and use their ramps, sidewalks, roadways, and bikeways, and I take note of them so when I get back to the office, the other engineers and I can look into it. Who knows what might develop?” 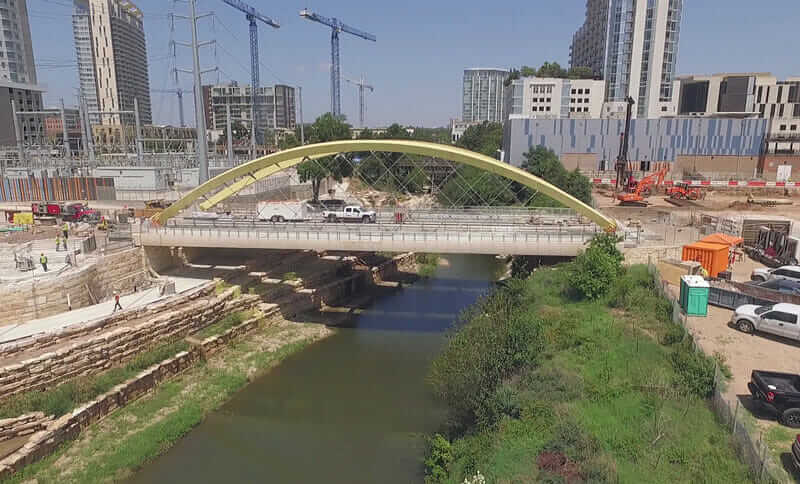 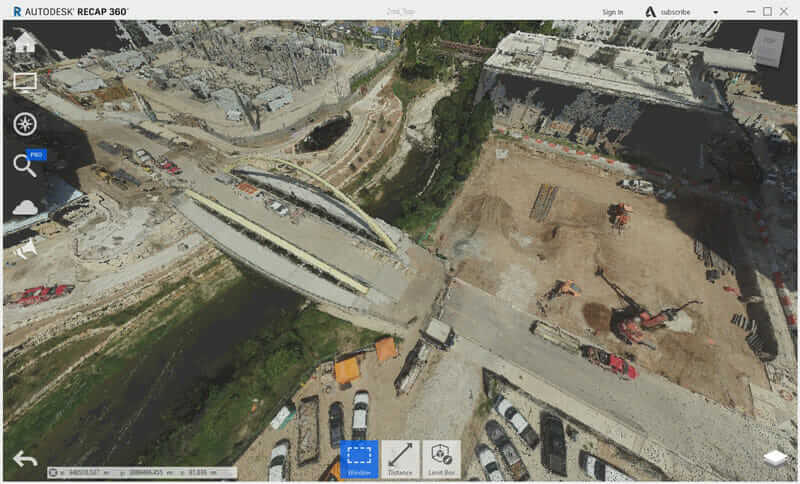 A reality-capture scan of the project from a drone. Courtesy Public Works Department, City of Austin, Texas.

3. Maintain a Sense of Mission to Validate Innovation in Civil Engineering

Having a broader mission creates the focus needed for innovation in civil engineering to be effective—one reason why companies that identify as “purpose driven” tend to be measurably more successful.

Keeping people safe is priority one in many engineers’ jobs. “Here in the Netherlands, we are a very small and crowded country, and two-thirds of us will be underwater if dikes don’t hold up,” Otter says. “That really has a way of focusing our work and reminds us of the importance of what we do as engineers. We have to innovate; projects here are complex and vital, and the technology we use has to be progressive and effective.”

The stakes may not seem as high in Austin, but Voiculescu still has ambitions to help his community. “The way I look at it, we’re responsible for improving the lives of our citizens, and to do that well, we need to know what’s available and how to use it on behalf of Austin,” he says.“I want us to be able to live up to our vision of being the most livable city in the country, and since things change fast here, that means we have to keep up with the best ways of working.”

Many of these ideas and practices may seem ordinary, but civil engineering innovation doesn’t have to be a product of expensive, complicated training or rare genius. That said, it does require the right mind-set—and perhaps a little obsession.