In 1962, one year after the first industrial robot joined a production line at General Motors, the animated sitcom The Jetsons debuted. For just one season, the show forecast a future when people could have whatever they wanted (a gourmet dinner, a clean house, a flying car that folds into a briefcase) by pushing a button.

Then the Information Age came along and dramatically accelerated the speed at which we evolve, at least technologically. Now humanity is on the cusp of the next great era: the Augmented Age. In this age, our natural capabilities will be augmented by computational systems that help humans think, robotic systems that help them make, and a digital nervous system that connects them to the world. 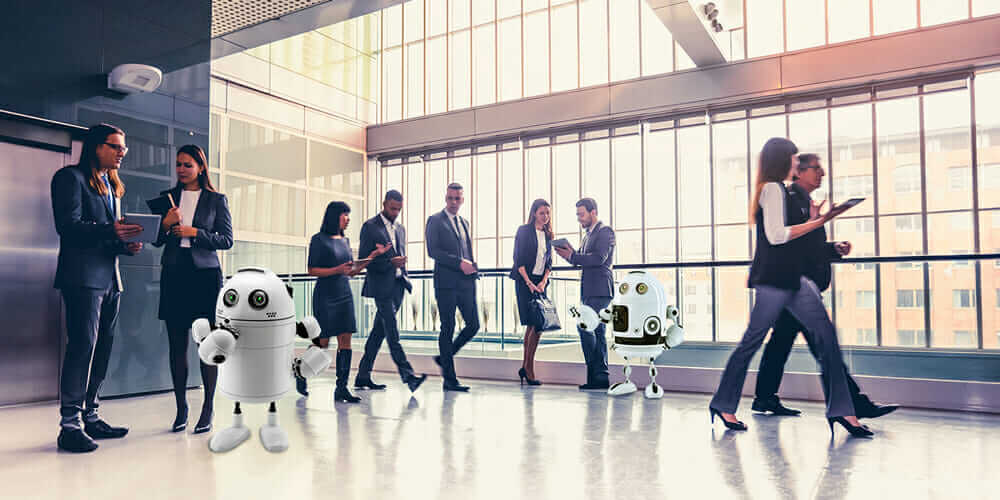 One means of augmentation is generative design, a computational system that allows engineers and computers to cocreate things they couldn’t have accomplished separately. Engineers start by creating a problem statement and inputting goals and constraints. Then they use machine-learning algorithms and cloud-computing power to churn through tens of thousands of options, yielding solutions that no human alone could have designed.

An example is reimagining how cities should be designed for the new world. There are social, economic, and geological dynamics to consider. Cities are supercomplex systems beyond a human’s ability to grok unaided. But by partnering with advanced computational systems, teams of humans and computers can begin to understand and actually solve for these challenges. 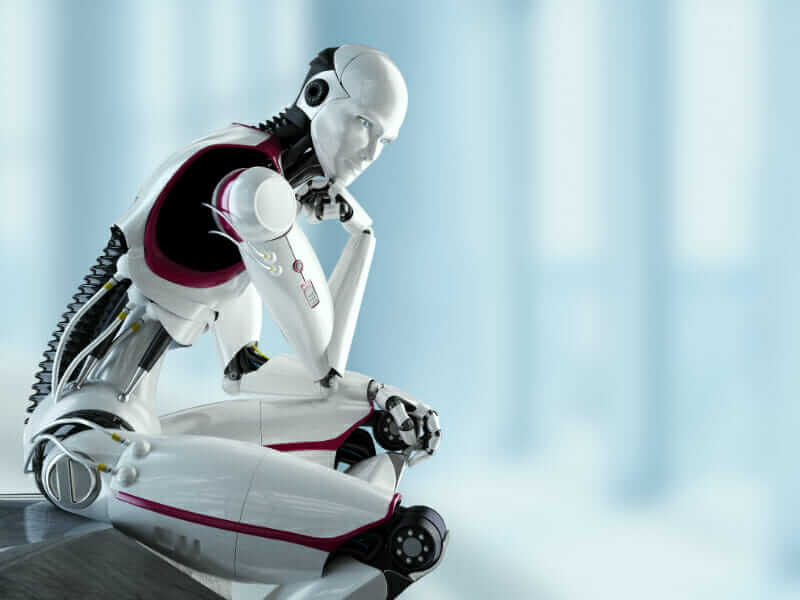 Engineers will be able to build bridges, roads, and buildings that are longer or taller than ever, can withstand increasingly stronger weather and geological activity, and meet higher-than-ever safety standards. They will also be able to understand how these projects fit into a bigger superset: How do they affect infrastructure and buildings around them? What are the possible alternatives and their benefits?

Then there’s product innovation. Take Hack Rod, the first car engineered using an AI: A racecar was instrumented with a nervous system of sensors and driven to the limit. The collected data was then fed into a generative-design system called Dreamcatcher, which created a chassis optimized for performance, strength, and weight, as well as for the road conditions and driver’s style.

One of the best things about AIs is that once one learns an area of expertise, they all can know it; they share networked learning, or instant ubiquitous knowledge. 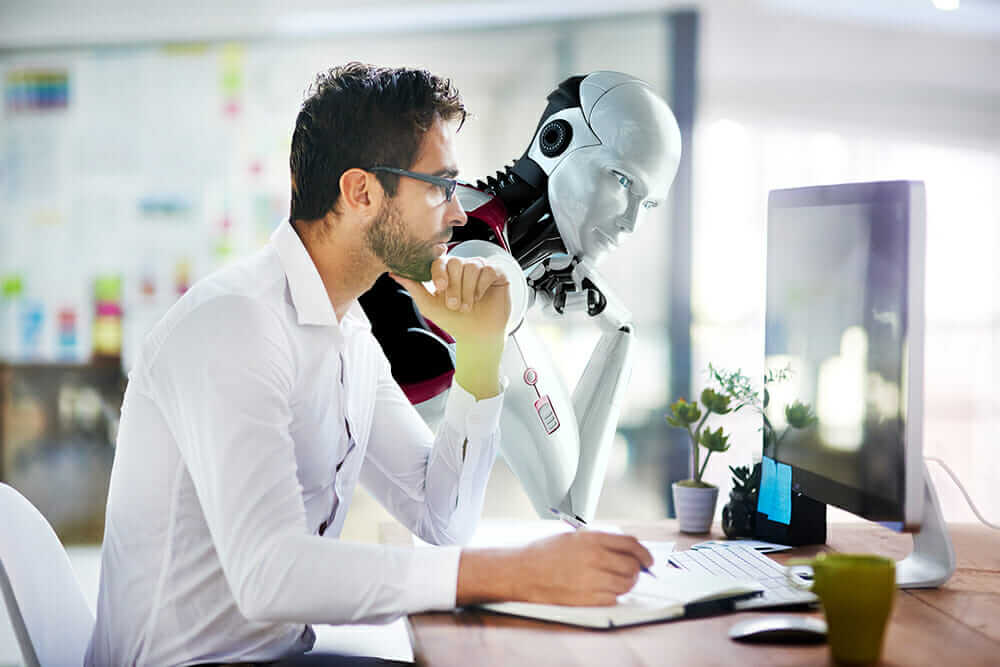 That doesn’t mean robots and machines will render designers and engineers obsolete. Quite the contrary. There is no shortage of problems to be solved, and the problems are getting bigger and more difficult, so humans have to be increasingly augmented to solve them.

For 50-plus years, robots have been pretty dumb. Most have no knowledge or awareness of the world around them; they’re focused on the repetitive tasks they’re programmed to do. Yet the industrial-robot population is expected to grow to more than 2 million by 2017, and with many predictions about these robots taking human jobs, that’s not great news.

But in the Augmented Age, humans and machines will collaborate to achieve more than either could alone. Humans and robots have different—and complementary—skillsets. Many research labs and manufacturers are working on making it safe for humans to directly interact with industrial robots. Some manufacturers, such as Mercedes-Benz and Toyota, are even reintroducing humans into production lines to take advantage of human-robot partnership.

Another experiment is a research project by the National Centre of Competence in Research (NCCR) Digital Fabrication in Zurich, Switzerland. Its in situ robotic fabricator can build brick walls autonomously while steering clear of human collaborators. Using a laser scanner, it creates a point cloud of its surroundings between movements, so it’s situationally aware.

And then there’s the Hive Pavilion, which paired workers with robots to build an intricate 12-foot structure using generative design, wearables, and connected devices. It was done in three days with four six-axis robots, a computational “foreman engine,” and a handful of human participants (tracked by iBeacon location-sensor data and wearing Apple iWatches delivering real-time instructions).

But sensors are valuable beyond the building or fabrication stages in a project; through the design-make-use convergence, they can tell engineers how consumers are using their products, buildings, or infrastructure. With visibility into the life of the things they make, designers and engineers will know exactly what to do with their next design or update.

User reviews (such as on Amazon) were the beginnings of this nervous system: free, high-quality feedback that can influence product development. Previously, engineers either had to make educated guesses or pay for user testing. 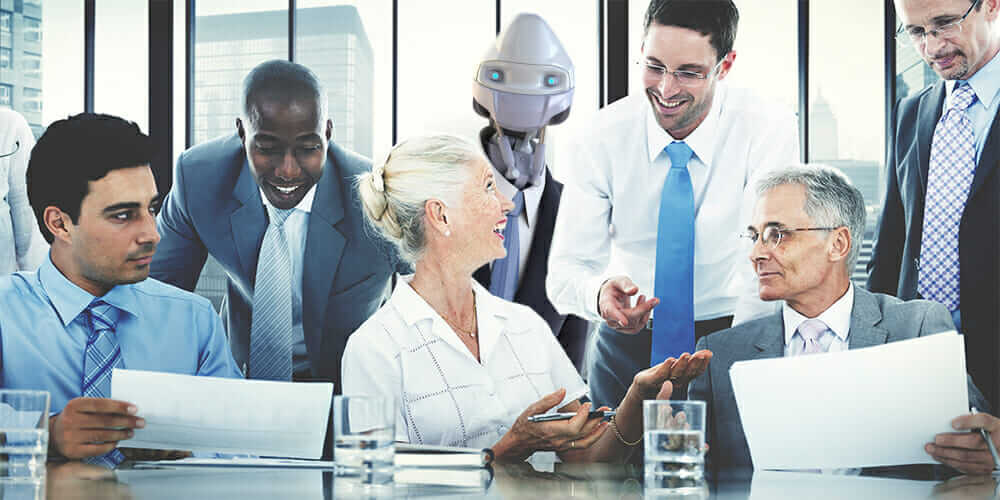 The next step will be connected products reviewing themselves through data, saying things like, “I was only used once before breaking,” or, “I’ve been used for 354 days straight and had one minor malfunction.”

In the deeper future, augmentation will increase the momentum of evolution. Products and structures will go from being fabricated or constructed to being farmed or grown, and humans will reduce extraction methods in favor of aggregation (for example, coal to solar).

One example is how additive manufacturing imitates biological processes. Mercedes-Benz applied biomimicry principles to its biodegradable Biome car—conceptually grown from six genetically engineered seeds using DNA based on bone material. It might seem like science fiction now, but one day cars (and even buildings) could be grown in a nursery, not built on a production line.

Meanwhile, through the Augmented Age, the momentum of AI will pick up speed, build on thousands of years of human knowledge, and increase human capabilities exponentially.

Humanity may not get everything The Jetsons promised, but with the augmentation of minds, bodies, and senses, the future might reveal more than people can even dream about today.