“I am most interested when a project scares me, when I have absolutely no idea even where to start,” says Joe Doucet, designer and founder of Joe Doucet and Partners design firm, based in New York and London. Watch Doucet talk about his 3D-printed concrete public-seating project—seating that also serves as a protective barrier for pedestrians—in Times Square. Doucet also discusses why his favorite project is always the next one, how technology plays a huge role in his work, and why he prefers to design things he has never worked on before.

I’ve always been interested in art and in science, and it really wasn’t until I began university that I understood that there was this discipline called “design,” which is really this hybrid of the two. The way our practice operates is a bit untraditional. Most industrial-design firms focus purely on one aspect of developing a product, whereas most graphic-design firms will focus on the identity around a product. When you take these two varying approaches and sort of meld them together, it allows you to really think about a product and a project in its entirety—not only from what it will look like and function like and how it operate but how people will perceive it. 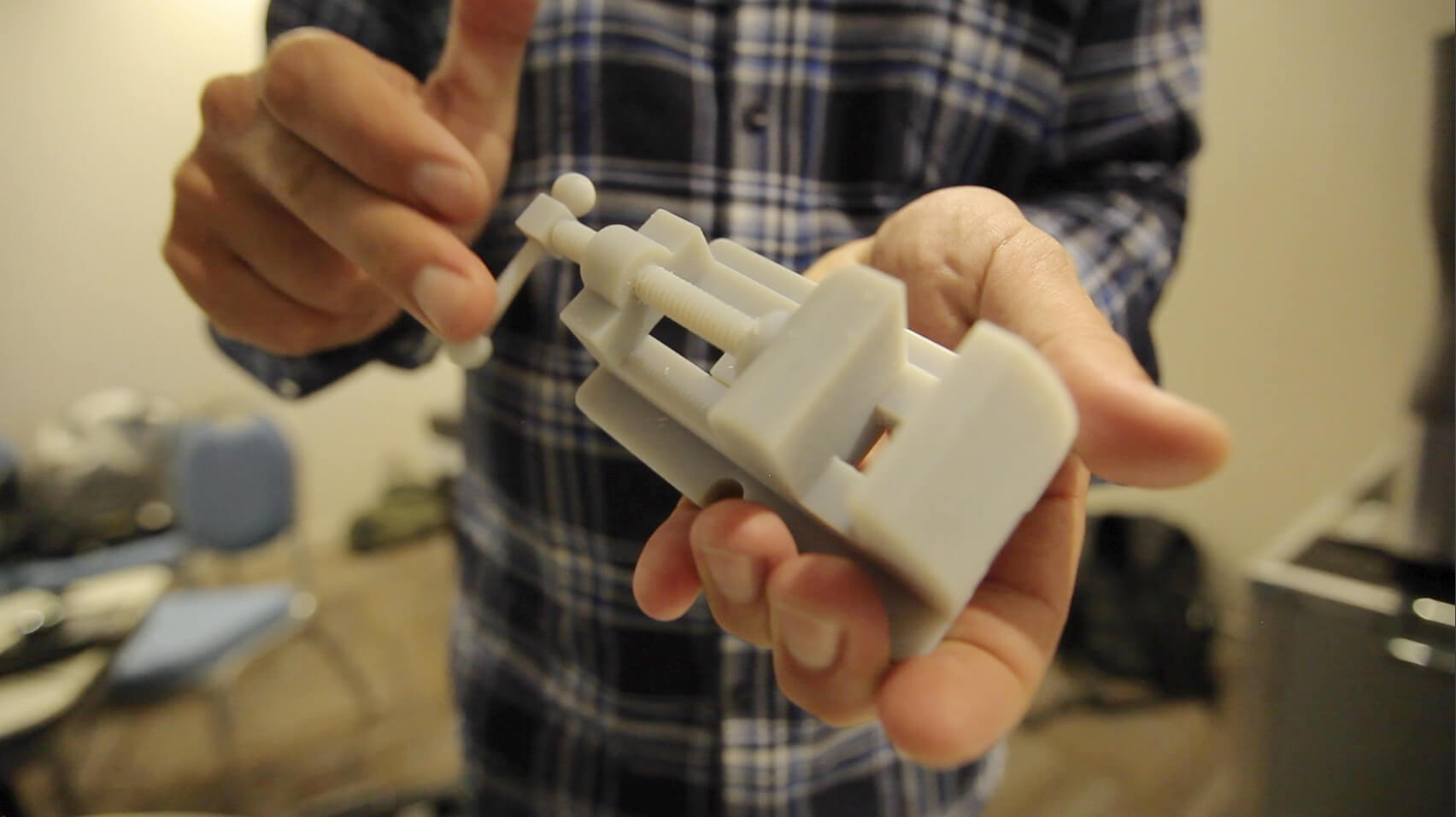 I think the most surprising part of my job that most people wouldn’t expect is the role of fear. I am most interested when a project scares me, when I have absolutely no idea even where to start. And when something like that comes up and I find it the least bit interesting, I immediately say yes. When I’m stuck, I have a fairly simple solution: I immediately jump to another project, and I move that along until I get to the point where I feel I’m getting stuck on that, too.

While you’re focused on something else, a solution is gonna present itself. That thing that’s been stuck in the back of your mind is gonna emerge, and you can jump back and finish that. But also, jumping between so many different projects—I think that’s how we have the output we do for such a small studio.

Technology plays a huge role in what we do. I mean, take the bench project in Times Square—it went from a concept rendered out on a computer, presented digitally, approved by the appropriate parties. Digital files were sent to a manufacturer in Belgium who digitally extruded this in 3D-printed concrete. The final piece arrives in Times Square, and the first time I physically interact with it is on the night of the installation. That’s something that would be completely unheard of even five years ago.

It started as a commission to design seating for public space in Times Square. One of the things that you think about, if you follow the [thought] process—what should public seating do? Well, one of the things that public seating does, obviously, is they’re in heavily pedestrianed areas, and the challenge with heavily pedestrianed areas is that they are is vulnerable to attack.

In its nonfunctioning protective state, it’s beautiful seating, which is interesting, visually stimulating, and provides a great space for interaction and traffic flow. It’s infinitely configurable, it functions incredibly well for a set of public seating, but it also is a barrier of protection. And it’s designed and developed to take impact from a massive vehicle traveling at great speeds and then basically wraps and envelops itself around it, protecting all the pedestrians around them, and by their very nature creating a deterrent for someone trying to attack large groups of people.

Literally every decision was made digitally on my screen, and that removes about eight steps of approvals and decision making from other parties that would have probably drastically changed the outcome of what the project was. Technology puts all that power right in the hands of the designer, and that’s remarkable.

A 20th-century designer would look at the control that we have today and just be astounded. I have touched just about every aspect of the built world you can imagine. From very, very complicated ergonomic seating, to fashion, to children’s toys, to sex toys. There are very few things that I haven’t worked on, and those things that I haven’t yet worked on is the ambition for where we’re headed next.

Designers are responsible for the majority of the environmental impact of any project or any product that goes out in the market, whether they realize it or not. It’s your responsibility as a person who creates things in the built world to realize their current impact and their future impact, and to do everything you can to reduce, negate that long-term impact. I do believe that technology is just going to empower people to do more while using less. I think that’s a trend we’ve seen over the past 300 years, and I don’t see any reason why that trend would continue to do something else.

I find that when you create this very, very regimented program to the things that you do daily, it really frees you up from all of these other basic decisions that you’re making that you don’t realize take a lot of your time. [It] frees your ability to let your mind wander because you’re not focused on, like, “Okay, what am I doing today?” “What am I doing next?” “What am I having for lunch?” Any time you can free your mind from the mundane and the routine, it allows you to exercise thought much further on much more complicated problems.

One of the most common questions that I’m asked as a creative is, “Where do you get inspiration from?” And the answer is, “I don’t.” There’s a quote I love, it’s a quote by Chuck Close, that says, “Amateurs look for inspiration. The rest of us just get to work.”