Karim Rashid is not a fan of tradition. Born in Egypt, raised in Canada, and a citizen of the United States, the industrial designer writes in his manifesto that he wants to “see people live in the modus of our time, to participate in the contemporary world, and to release themselves from nostalgia, antiquated traditions, old rituals, kitsch.”

One glance at the bold, sinuous work and hot-pink sartorial choices of the man Time magazine called the “Prince of Plastic,” and you get a sense of his distaste for the humdrum.

Karim made his mark in the mid-’90s with the Garbo, an Umbra trash can modeled after the silhouette of starlet Greta Garbo. Since then, his design bona fides have included creating luxury goods for Christofle, Veuve Clicquot, and Alessi; mobile phones for Asus and Samsung; packaging for Method and Hugo Boss; exhibition design for Deutsche Bank and Audi; and hotel interiors in Athens, Berlin, and Bahrain. He now leads busy offices in New York and Shenzhen, China.

With more than 4,000 designs in production in more than 40 countries and work featured in art galleries worldwide, the prolific designer is committed to transforming the way people experience everyday objects and spaces. Here, the designer discusses his creative process and zealous pursuit of beauty and originality.

Where do you find inspiration for such diverse products?

My father was a painter and set designer for television and film. He also designed furniture and dresses for my mother. He was a Renaissance man, and on the coffee table, he would always have books from the library—fashion designers like Yves Saint Laurent and Pierre Cardin; industrial designers like Raymond Loewy and Philippe Starck; architects like Oscar Niemeyer, Le Corbusier, and Michael Graves; artists like Picasso and Warhol. All these professions started to cross boundaries: artists, interior designers, furniture designers. Watching my father and being exposed to the applied arts through these books, I thought there were no boundaries to designing a perfume bottle, interior, or building.

You’ve said in the past, design has been insular and elitist. How have you tried to change that?

When I graduated from design school in Milan, nobody knew industrial design or product design. Prior to the 1970s, most products were designed by architects. The only people who knew anything were aficionados or read design journals. Most of the public thought the mobile phone and coffee machine dropped from the sky. I felt the need to democratize the process. I wanted to give more personality, more language to objects in our everyday lives—not just high-end luxury items—to make them more beautiful and pleasurable to use.

Let’s talk about the Garbo. In a 2008 Los Angeles Times profile, you talk about the sensory aspect of the design. How does that work with the function?

At the time, the model of the trash can was a black rectangular can made by Rubbermaid. The Garbo was driven completely out of function. Round is the best shape for plastic injection molding. With plastic liquid, you don’t want to make sharp edges or square sides. It’s larger at the top so you can put the trash in easily. The handles are designed so you never touch the garbage.

You’ll find, in the history of industrial design, the most successful things are function-driven. That leads to something beautiful. I like to use the phrase “to inform form,” meaning the production method we choose, the way polymers want to move, and the way we use objects informs us on how to come up with new forms. 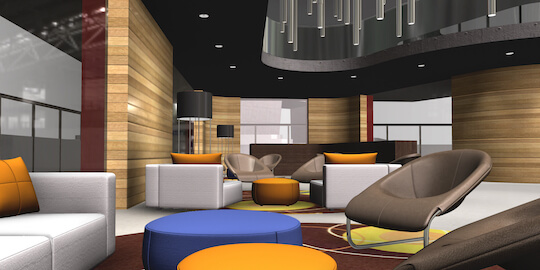 How do you manage so many projects?

Design is about collaboration, whether with plastic engineers, marketing departments, or CEOs. I’ve succeeded in designing hotels across Europe in part because I’ve learned to work well with a budget. How to do things pragmatically and fast because, ultimately, I want to see these things manifest. You also have to be willing to compromise. I once told a French journalist I succeed because I’m not that stubborn. She destroyed me and told me I was a whore of a designer. But I don’t see a creator as a godlike figure. We’re just people like everyone else.

How did you branch out from objects to residential and interior work?

My first real break came from Stephen Starr, a well-known restaurateur in Philadelphia. He asked me to design a restaurant, Morimoto, in 1999. I had not done interiors and was thrilled for the opportunity. I was nervous about the process. I was used to doing things on a human scale—all of sudden, I had a big space. But I made it a human space by using the right lighting, table arrangements, comfortable chairs, bamboo, and sidewalls in 3D plaster, done almost like Isamu Noguchi, replicating organic design of the ’40s. Then somebody suggested I do the Semiramis Hotel in Athens, Greece. One after the other, I’ve taken on new projects—200 to 300 interiors, six or seven buildings—and I love it. 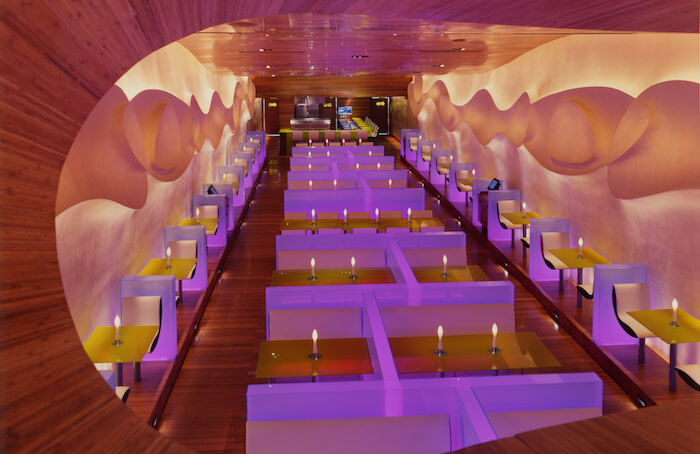 Interior of Morimoto restaurant in Philadelphia. Courtesy of Karim Rashid. 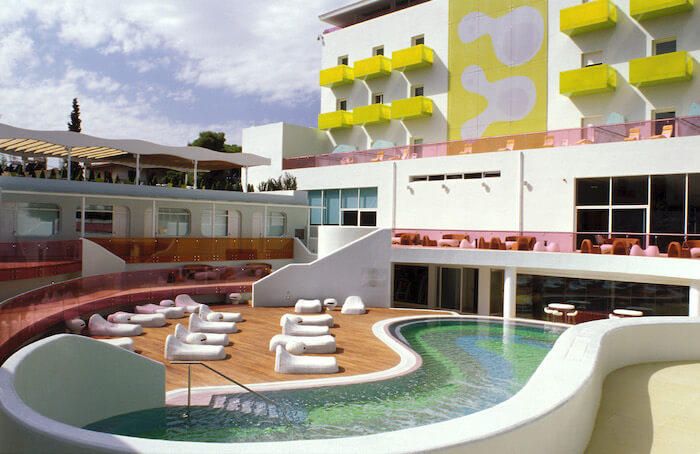 Exterior of the Semiramis Hotel, by the pool, in Athens. Courtesy of Karim Rashid. 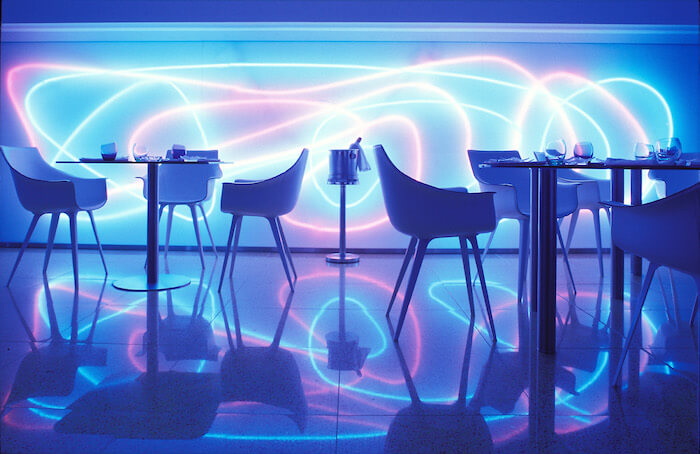 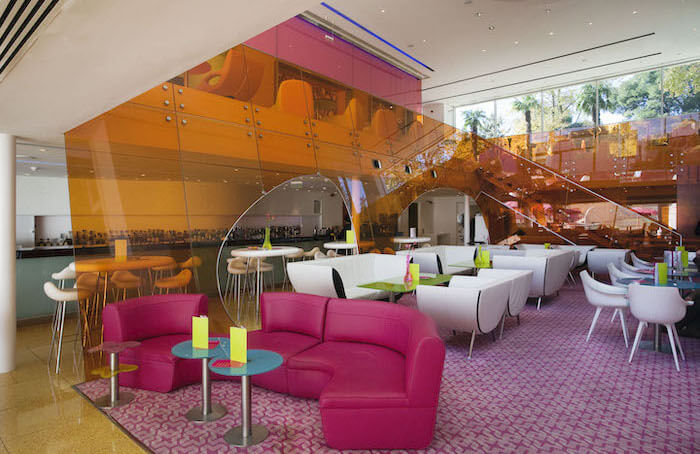 How extensively do you use digital design software?

We use AutoCAD 3D software daily and several other rendering and modeling programs. I became digitally savvy in 1985 when I bought a Macintosh IIci. I knew the world was going to be a very different place in the digital age and empower all of us and our creativity, and it has. I bought a rapid-prototyping machine 20 years ago for almost a million dollars, a huge investment, and I regretted it half the time. But the next one was twice as fast, and I’ve kept up with that and with software. I’m making things now I don’t even know how to draw. I need software like Autodesk’s to get the ideas out of my head and into the world.

Why do you view nostalgia as dangerous?

If we try to replicate the past, we’re not really designing; we’re appropriating. Melting or stealing riffs means you won’t do something original, big, and different. And materials and production methods have changed. If I design a mobile phone, it has nothing to do with past technology; the microchip has to be the latest possible. If I design a carbon-fiber bicycle, I’m not going to make a bike like in the 1920s. If you’re designing a brick building on a street so it looks like its neighbors, with lots of little windows, you’re not taking advantage of solar panels and glass to capture energy. We should be inspired by the moment we live in to shape the future for 100 years from now.