Computer-gaming pioneer Arthur Samuel once defined “machine learning” as “a field of study that gives computers the ability to learn without being explicitly programmed.” But for some people, the meaning takes a negative turn—as in what happens in dystopian movies after computers have conquered humanity.

But the future of machine learning doesn’t have to be a doom-and-gloom scenario. Autodesk CTO Jeff Kowalski—who pursues innovative ideas on the horizon rather than trends of the moment—envisions a more positive outcome for humans and artificial intelligence (AI). And it’s already unfolding.

Here, he talks about how machine learning is accelerating the progress of robotics, generative design, and the Internet of Things, transforming the way things are designed and made.

What does the evolution of AI and machine learning look like?
Sixty years ago, a programmer taught a machine to beat humans at tic-tac-toe. Since then, computers have gotten smarter. By 1997, Deep Blue beat Kasparov at chess. But as impressive as that was, it was pretty much brute-force computation. 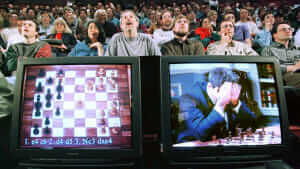 In 2011, Watson, a descendant of Big Blue, used reasoning to overcome its human Jeopardy! opponents. And more recently, AlphaGo beat the best human at Go, the world’s most complex game, which has more possible moves than there are atoms in the universe.

By developing a sort of intuition, AlphaGo was able to to beat its human opponent. And by developing that trait, there was a point when even its programmers didn’t understand why it was doing what it was doing.

There’s something exponential happening throughout the past 60 years of milestones here: In less than a single human lifetime, the computer has gone from learning a child’s game to mastering the game recognized as the pinnacle of strategic thought.

One example is the Atari video game Breakout: By looking at only the score and controller input, DeepMind’s AI learned how to play the game better than any human by playing millions of games throughout the night. So, it could learn faster on its own than humans could ever teach it, and it can also spread its newfound knowledge to other computers quickly. In other words, just because you got good at Breakout didn’t help your friend get good at it. But when one computer masters Breakout, so do all of them because they’re all connected.

How will this rapid advancement in machine learning in design benefit business?
First, it will accelerate generative design. One example is designing a quadcopter: The designer wants it to do a good job of flying around and supporting its payload, which means making the chassis lightweight with low aerodynamic drag.

By giving the computer those constraints, it can explore every possible solution and come back with ideas that designers alone could never have imagined. And the computer could create these ideas entirely on its own, without the drawing prowess of a human.

Autodesk is already using this technology on a project with Airbus to reimagine and redesign a new airplane cabin partition that is stronger than the original yet half the weight. And the 3D-printed partition will be flying in the A320 later this year.

Meanwhile, something else that machine learning will push forward is robotics. An example here is Autodesk’s collaboration with the artist Joris Laarman and his team at MX3D to generatively design and robotically print the world’s first autonomously manufactured bridge. This summer, we’ll hit a button, and robots will print it—in stainless steel and without human intervention—over a canal in Amsterdam.

Will machine learning also impact the progress of sensors and the Internet of Things?
Absolutely. To explore a more advanced Internet of Things, we’ve been collaborating with design-and-manufacturing research group Hack Rod and a film studio called Bandito Brothers to build a crazy car with a nervous system. We took a traditional race car and equipped it with dozens of sensors, and then we put a world-class driver behind the wheel and pushed the car to its limits out in the desert. 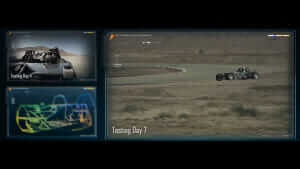 Using its new nervous system, the car recorded everything that was happening to it during that drive, including the forces to which it was subjected. Then we took that real-world data—literally billions of data points—and plugged it into our generative design tool, Project Dreamcatcher.

The result is the ultimate chassis, which would be impossible for a human to design. But with the help from generative design, advanced robotics, and that digital nervous system, it became a reality.

It all sounds pretty sci-fi. So what’s next?
As machine learning evolves, it will accelerate generative design by noticing designers’ reactions to what it proposes and incorporating their unspoken preferences into the design process. Machine learning will also give robots the ability to complete tasks without dependence on designers for explicit instructions. And machine learning will use the input from its new digital nervous system, also known as the Internet of Things, to perceive and react intelligently to the real world.

Until recently, designers have used computers to solve left-brain, logical problems. But computers are starting to enter the realm of human creativity. For example, once computers understand the fundamental essence of a chair, they can help people design them better because there is a sense of shared meaning between designer and computer, which makes computers better creative partners.

So what will it be like when computers can generate insights on their own and make creative leaps like humans do? It’s going to fundamentally change a designer’s role in the creative process. In the future, designers will be more like mentors for computers by providing their guidance and experience.

Throughout history, humans have shaped the world. Moving forward, they will be shaping the things that shape the world. And it’s going to be unlike anything humans have seen before; it will be an unprecedented blend of technology and humanity. And that’s an exciting future to look forward to.