Many industrial manufacturers claim to be excited about metal additive manufacturing—a process that makes possible previously unmakeable shapes—but how many are actually doing anything about it?

First, there are typically fewer than a dozen widely available materials in use for metal additive whereas metal casting can use hundreds of different alloys—and it’s really easy to use new custom materials, even for a single part in a high-volume project. Second, casting works for enormous parts while metal printers generally restrict you to breadbox-size objects or smaller. Expense and time are the third factor: Direct metal laser sintering (DMLS) machines cost a great deal, and they require a lot of steps postprocessing, usually including some sort of hot isostatic pressing and removal of support structures from the build plate. 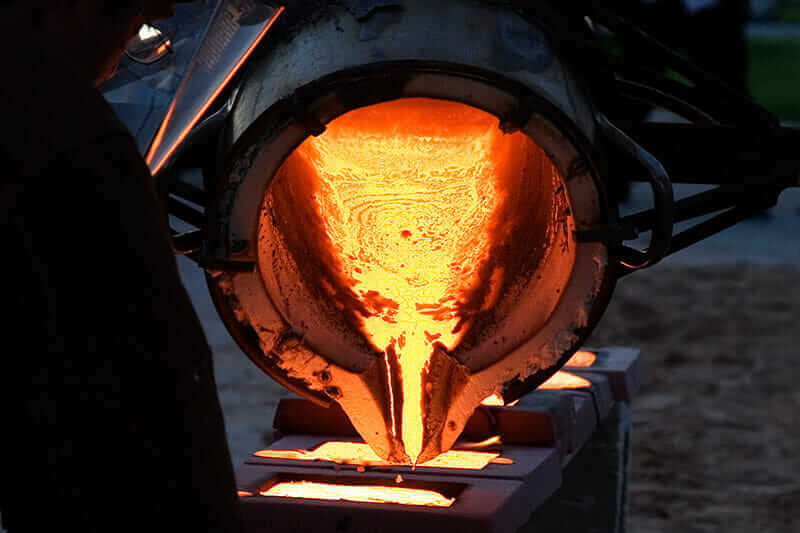 Finally, casting is a well-understood, qualified process that’s been around for millennia. You don’t have to recertify the process, which is extremely time consuming and expensive.

Fortunately, relying on casting does not have to preclude any manufacturer from using the advanced geometries of generative design or from getting started with additive manufacturing. In fact, modern metal-casting techniques can provide a pathway to those technologies.

Building on this idea lets you benefit from a trifecta of technology: Using generative design and digital optimization can generate high-performance geometries in the computer realm; nonmetal additive manufacturing brings that shape into the physical space as a mold; and modern casting methods finalize that shape using the right metal for the job.

This approach gives industrial manufacturers an entry point into both generative design and additive manufacturing, which will only become bigger players in the future. And in the present, manufacturers can benefit from casting metal pieces from the 3D-printed molds—shapes previously unachievable.

Such a process can (and already does in some cases) benefit businesses for which lightweighting is a concern, such as in the automotive and aerospace industries. It’s also great for creating custom objects, like new knees and replacement hips for medical-implant companies.

As an example of this tritechnology production, earlier this year, an Autodesk colleague and I made an ultralightweight aircraft seat frame using lattice optimization, 3D printing, and investment casting. We chose to make the seat frame out of magnesium because it weighs 35% less than conventional aluminum for seat frames, and it has a higher strength-to-weight ratio. Current metal-additive printers cannot print magnesium, so we turned to one of the few foundries in North America that pours magnesium, Michigan’s Aristo Cast. The Aristo Cast team printed the seat frame in plastic, made the pattern, covered the pattern in ceramic, melted away the plastic, and poured magnesium into the ceramic mold to make the final seat frame.

Due to its material and latticed design, the resulting seat frame weighs 56% less than typical current models. That weight reduction could save $100,000 in fuel for a single year of 615-seat Airbus A380 flights or $200 million over the 20-year life of a fleet of 100 A380s. It would also translate to a footprint-reducing 140,000-plus fewer tons of carbon in the atmosphere.

It’s true that many foundries don’t want anything to do with shapes that look too foreign or too complicated, because production work—versus lower-margin prototyping work—is what keeps the lights on at their facilities. Forward-thinking Aristo Cast, however, has used 3D-printing technology for at least 20 years and tests every new technology that comes online. 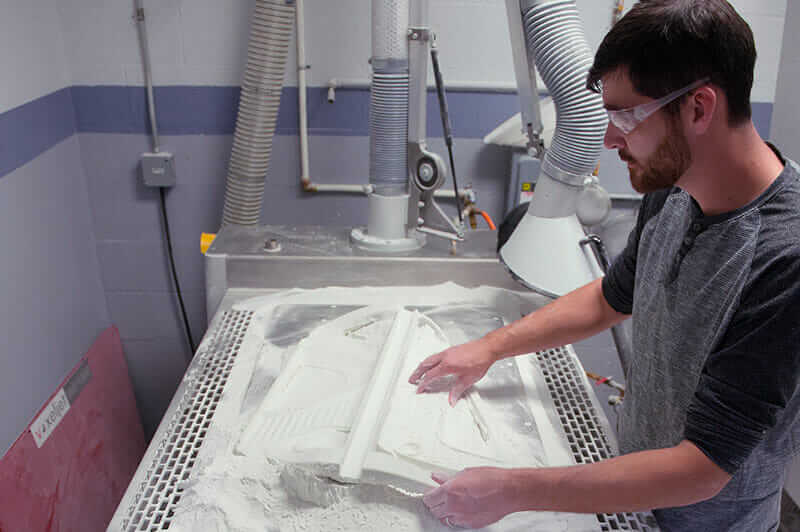 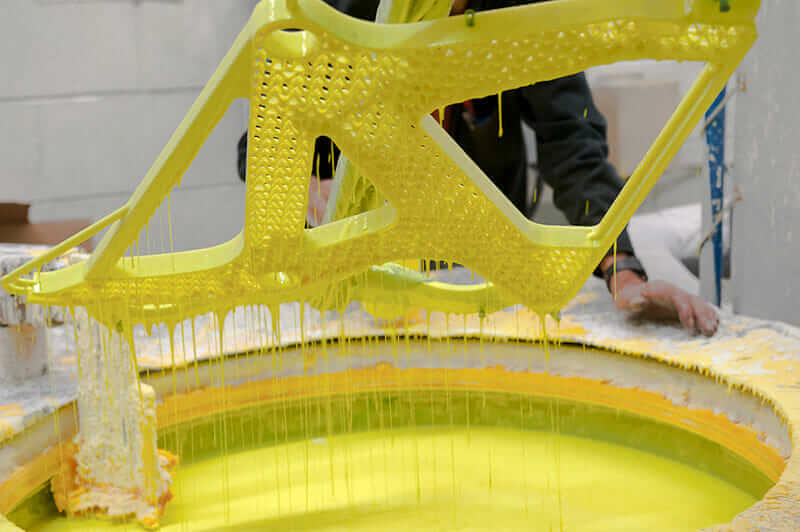 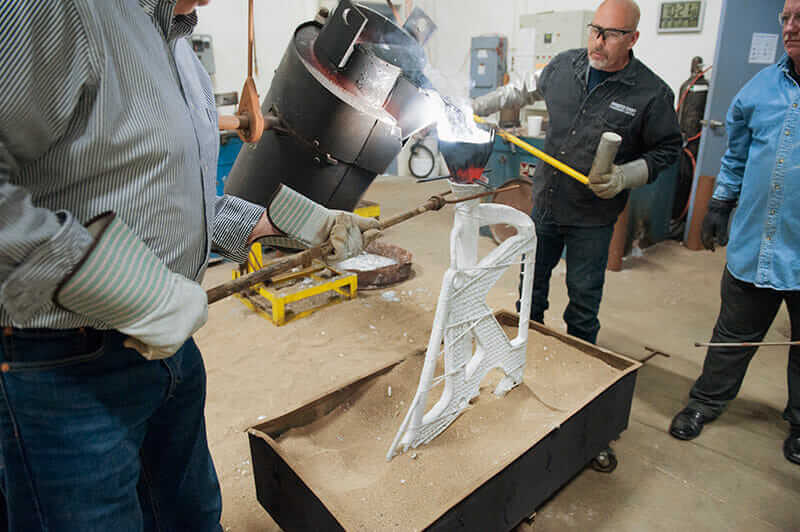 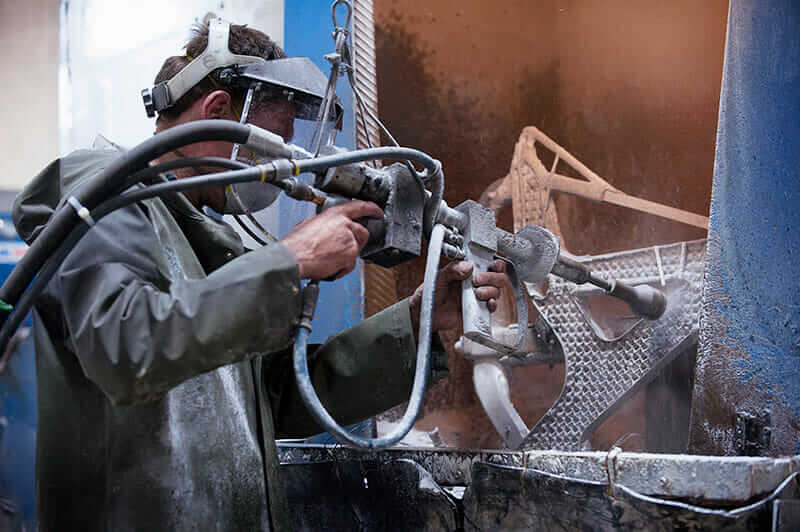 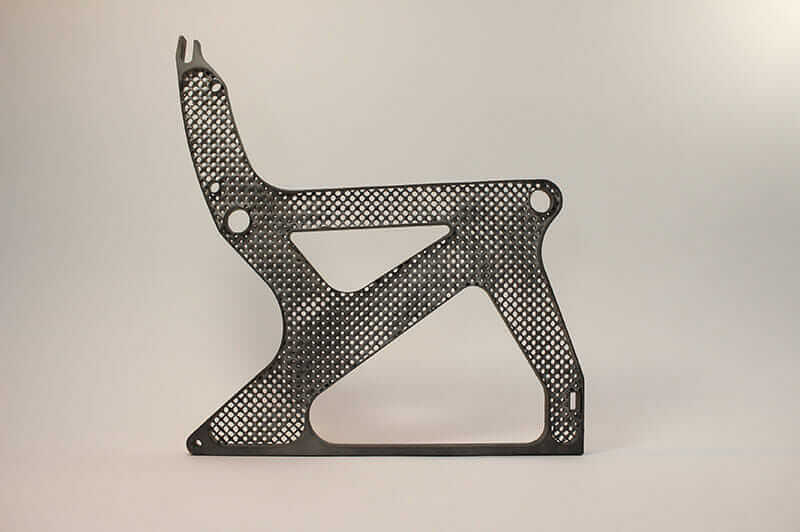 Dispelling the casting myth that you have to wait 18 months for parts, Aristo Cast can turn parts around in as little as two days—which is even faster than metal printing in many cases. Aristo Cast specializes in investment casting, in which you make the object you want in one material, and then through a sacrificial molding process, you end up with the object in a material of your choice. Investment casting can produce extremely high-fidelity details, down to submillimeter features. If you leave a thumbprint on your pattern, that thumbprint will show up in your final piece.

Another casting technology, sand casting, produces metal parts from sand molds, which can be 3D printed. Sand casting doesn’t produce as fine of features, but it can make much larger parts than metal additive or investment casting: parts that can weigh tens of thousands of pounds and measure tens of feet.

Many foundries are finding that into high quantities of production, additive is more cost-effective than tooling for some complex geometries, particularly in sand casting. But at the end of the day, once the industry gets over the hype of using additive for additive’s sake, it has to be cheaper or somehow provide more value than traditional manufacturing technologies if it’s to see widespread adoption.

Taking one step toward making that a reality, 3D Hubs just launched a service that makes it really easy to get metal parts quickly and cheaply by combining additive manufacturing and metal casting. 3D Hubs manages the entire process of printing the mold, transferring it to the foundry, and getting it cast. It’s printing on extrusion-based FDM printers, but with a material developed specifically for the casting process that can be vapor-smoothed to eliminate layer lines (a lingering concern).

Services like 3D Hubs are a great way to introduce design engineers to designing for additive. But whether you go with a third party or do your own experimentation, the important thing is to just give the technology a shot. With casting, the benefits of additive manufacturing, generative design, and shape optimization are all within reach.