Nate Dison first fell in love with architecture while studying the work of Antoni Gaudí.

Dison was a psychology major at the time and was only taking the architecture class to fulfill a course requirement. But more surprising was the element of architecture he gravitated toward: For Dison, architecture wasn’t just about beautiful design; it was about problem solving. “When you come into a space, you see something that’s gorgeous,” says Dison, project architect at global architecture firm Gensler. “Most people don’t see the 15 problems that had to be solved in order to make it happen. I enjoy that part of it. That’s what sustains me.”

The son of a contractor, Dison now works for the company behind the headquarters of Instagram and Facebook, as well as projects such as Banc of California Stadium, the future home of the Los Angeles Football Club. He was recently brought on as the interiors project architect for a massive tech-firm campus in Silicon Valley.

Here, Dison discusses his role as a project architect—the highs, the lows, and the method behind the madness.

What is your daily routine like at Gensler?
It starts in the morning, just trying to get through the most urgent emails and plotting out the three to five things that have to be done today. The industry is so busy right now. The economy is doing really well, and there are a lot of companies that want more space—need more space—to keep up with their growth.

What do you enjoy most about your job?
I wouldn’t have predicted it, but I really enjoy the building code and reading through the rules and restrictions—understanding the logic of why it was written the way it was written. The more you understand the underlying logic, the better you will be at developing design solutions.

You started out loving to draw, and now you’re interested in building code?
It’s sort of an odd thing to love. I wouldn’t say that I don’t still love all the drawing and design, but there’s a void of people who can actually understand and apply the code.

What gets in the way of doing your job effectively?
Clients who can’t make decisions fast enough to keep up with their own schedules. You can only solve the problem if you have all the information. For example, we will offer a client a set of solutions: “We can do this these three ways. Which one do you like the best? Which one works best for your operation?” If they can’t answer that question and stick with that answer, that makes our work really tough. I find that there’s less handholding required in commercial work vs. residential. And the most efficient commercial clients are developers because they come to the project with lots of experience; they know what works and know the importance of their decision making. There’s a higher level of knowledge than for residential.

What was it like working on five floors of the new Salesforce Tower in San Francisco?
It’s a 60-story structure, and we’re in the 30s, and we’re cutting large openings in four of the floor plates so that all five of the client’s floors are wide open and environmentally connected. Creating that opening was very complicated with the building code. We could not create an atrium, because we’re in the middle of a high-rise and don’t have the shaft space to exhaust all the floors in common. We ended up with a solution that closed off three of five floors with smoke curtains.

Additionally, this project had a floor with a very high occupant load. Traditionally, we solve for this by installing a horizontal exit. However, this building came with an additional hurdle: After 9/11, the building code changed to require additional egress components in super-high-rise buildings. A developer can either choose to add a third redundant stair or install what’s called an “occupant evacuation elevator.” Salesforce Tower’s developers chose the redundant stair, and the code makes putting a horizontal exit in very difficult. You have to be able to get from either side of the horizontal exit to the redundant stair without going through the other side of the exit. The city building department wrestled with how to permit this for five months.

The city knew that they’d be answering that question for our project, for the life of the building, and for anybody else who does a project there. It was precedent setting. It’s the only building in San Francisco that uses the third-redundant-stair option. As I understand it, the other recent super-high-rises went with the occupant evacuation elevator, not the redundant stair. That process has been interesting, difficult, and nail-biting.

How have tools changed since you’ve been in the business?
Now, when the team comes up with a gorgeous design, it’s delivered to the client in a rendering from Autodesk Revit. We’re also using software called Enscape, where we take the Revit model, and it feeds directly into this virtual-reality environment. The client could come to the office, or we could take it to them and put these goggles on, and they’re walking through their space months before it’s built. Delivering the design intent this way compared to what we used to do with 2D colored sketches is night and day. They’re really experiencing the space. With 2D, there’s a lot of stuff that nobody sees, but with 3D, if you’re in it, they’ve seen everything. 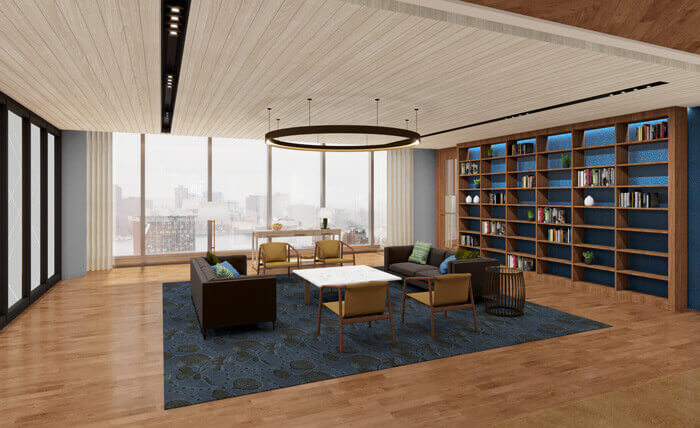 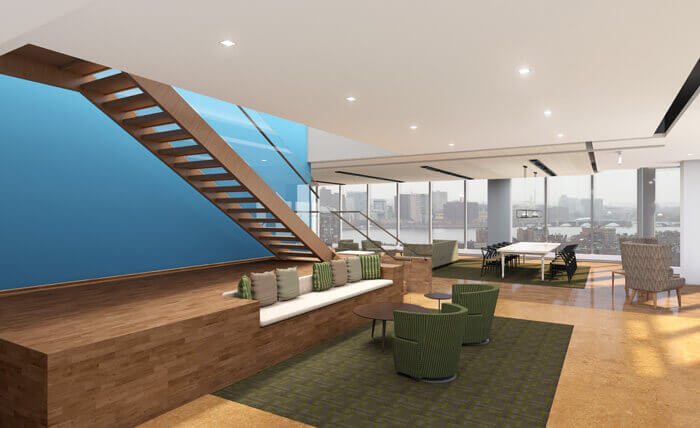 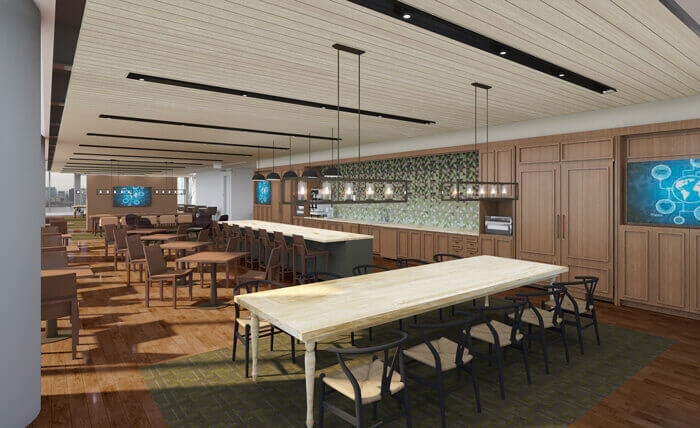 Can you describe a project that was particularly challenging?
On a recent project, our client changed a lot of the design after we went to permit but weren’t able, on their end, to change the schedule. Construction was underway, so we had to rapidly redesign and then issue redesign documentation to the contractor—and, similarly, they weren’t given more time to build. We had to get direction out as quickly as we could and then continuously issue design directives throughout construction. Also, the client needed to see designs rendered and photo-realistic before they could make a decision. Designing in 3D is great, but now clients are starting to expect it in 3D. Wireframe is one thing—we can do that quickly—but photo-realistic is hard to achieve and time-consuming.

What motivates you to do well in your job?
It’s the end product. If you don’t do well and you don’t focus on the details, you’re not going to get what you designed. Whether I’m working for a nonprofit or a commercial client, I want the space to function and have the layout meet their needs so that their business thrives and grows in it. We want them to move in and outgrow the space because they just did so well—then come back and hire us again for the next space. That’s the goal.

#Client Management - #Project Management - #Virtual Reality
Rich Thomas is an internationally published, award-winning journalist whose writing has been featured in over 30 magazines, newspapers and websites, including the Los Angeles Times, Ray Gun, RollingStone.com, and Flaunt.

Learn all about it in our newsletter.
By signing up, I acknowledge the Autodesk Privacy Statement.
The Real Life

Juneau Construction Company CEO: “Now I’m Not the Only Woman in the Trailer”