It’s not often you can help solve two of the world’s problems with a single solution. Dutch startup PlasticRoad, however, is doing just that. To tackle both plastic pollution and climate change, the company is producing the next generation of sustainable infrastructure: roads made out of recycled plastic.

The Netherlands has a water problem. For years, sea levels have been rising at a rate with which the country’s infrastructure cannot cope. Today, almost half the country’s total surface area lies less than 3.5 feet (about 1 meter) above sea level, and even more alarmingly, nearly a third of the country is situated below sea level. Streets are normally repaved every 40 years. In the Netherlands, however, the watery soil typically means roads require renovation every 20 years or less.

Furthermore, most Dutch houses are built on wooden piles, which is hardly conducive when climate change is causing the groundwater level to rise year over year as rain falls in heavier, more sporadic bursts. The current infrastructure and its traditional drainage systems cannot deal with this much water, resulting in flooding and massive subsidence. And it’s not just a problem in the Netherlands; increased flooding is testing local capacity on a global scale. 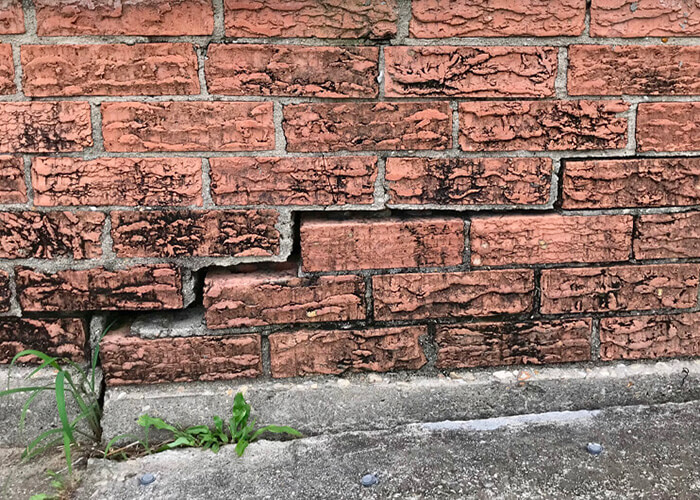 Climate change presents a challenge to urban infrastructure: Subsidence is increasing in the Netherlands. Courtesy of PlasticRoad. 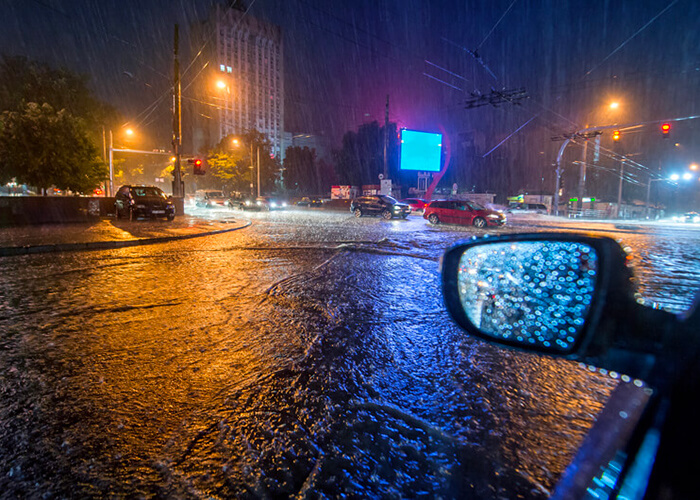 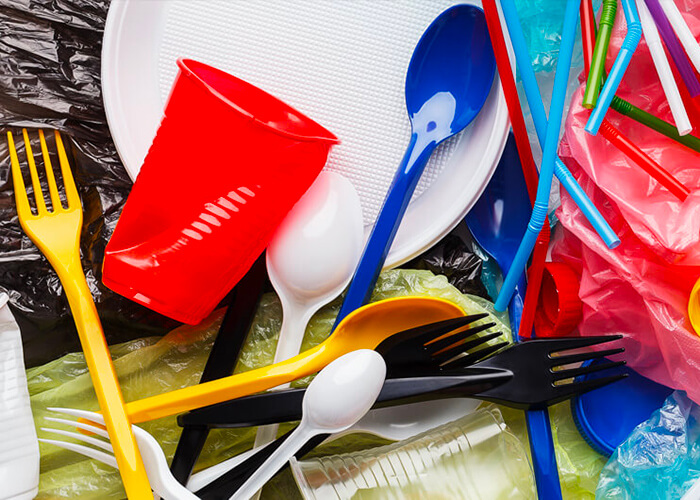 Plastic waste is polluting the environment. Courtesy of PlasticRoad. 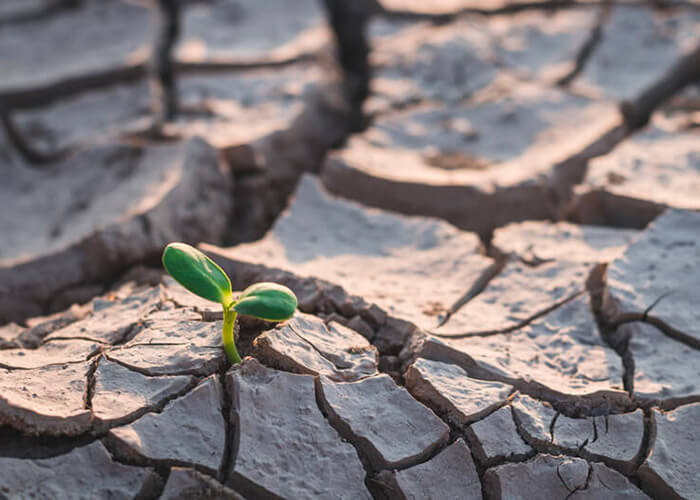 Droughts are causing cracks in the earth. But there is hope. Courtesy of PlasticRoad. 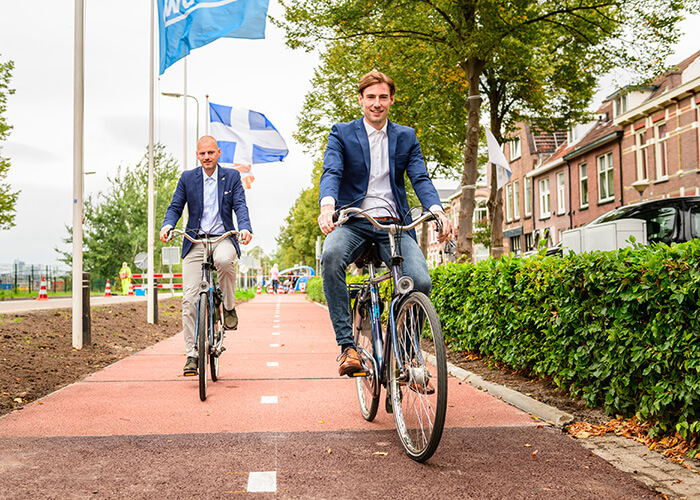 The founders of PlasticRoad, Simon Jorritsma (left) and Anne Koudstaal (right), want to tackle environmental problems with a road made from recycled plastic. Courtesy of PlasticRoad.

Plastic Roads: For a Future Without Floods

“We need to reinvent the road to meet these challenges,” says Anne Koudstaal, founder and director of product at PlasticRoad, a startup project by Dutch construction group VolkerWessels. Koudstaal and his team created the eponymous PlasticRoad, a prefabricated road made from recycled materials. It is hollow so as to prevent flooding by allowing temporary rainwater storage. The rainwater is then channeled through a spillway to an overflow for slow, controlled drainage underneath the road surface. This helps to bridge periods of drought.

But rainwater management is just one of PlasticRoad’s many advantages. It is also four times lighter and as much as 70% faster to build. Plus, it lasts three times longer and produces up to 72% fewer carbon-dioxide emissions than conventional roads. Two pilot projects—a pair of 100-foot cycle paths built in the Dutch towns of Zwolle and Giethoorn—demonstrate the benefits of this marvel of sustainability. Each lane contains nearly 2,200 pounds (approximately 1,000 kilograms) of recycled plastic—the equivalent of 218,000 plastic cups.

The road’s recycled materials, prefabricated design, low weight, and modular construction all save huge amounts of material and labor resources. What’s more, the road requires no intensive excavation work, heavy foundations, environmentally detrimental concrete slabs and layers of asphalt, and drainage systems. Assembling the road is like LEGO: It takes just a few clicks, and everything is built in.

“The stripped-back road structure also simplifies maintenance tasks, such as renewing foundations and replacing pipes, as the prefabricated parts make it easier to access the road,” Koudstaal says. Tests prove that the company’s plastic roads can withstand extreme temperatures (from minus 40 to 176 degrees Fahrenheit, or minus 40 to 80 degrees Celsius) better than traditional asphalt roads.

Originally, VolkerWessels ran the PlasticRoad project. It was led by Anne Koudstaal and co-founder Simon Jorritsma (who were employees of VolkerWessels at the time) and run via KWS, a Dutch market leader in road construction and a division of VolkerWessels. Because KWS could not produce the road itself, it contacted plastic plumbing and draining manufacturer Wavin, and together they implemented the idea in less than two years. Because of the visionary nature of creating a road from recycled plastic, the project became a start-up under the name PlasticRoad with VolkerWessels and Wavin providing continuous support as sponsors.

“Being part of this development fits Wavin’s strategy of providing innovative plastics solutions to the construction industry,” says Jan-Willem Viets, country director, Wavin Netherlands and Belgium. “It’s a fantastic opportunity to develop a new way of building roads with other market leaders.” Rolf Mars, director of KWS, believes in the PlasticRoad idea because “plastic offers many advantages over existing methods of road design, both in terms of construction and with maintenance,” he says.

Sensors now further optimize the pilot roads in Zwolle and Giethoorn. They’ve collected data such as the road temperature, the water level within the roadway, and the road surface load. “The data meant the road we built was more than twice as robust as the pilot roads,” Koudstaal says. “So it can handle not just bicycles, but cars, too.”

PlasticRoad is now ready for larger projects and is preparing for industrial production. The company has already begun talks with local authorities to build cycle paths, residential streets, parking lots, schoolyards, and train platforms. PlasticRoad’s ultimate goal is to eliminate plastic waste, which would spell an end to the company’s ability to produce plastic road parts. “That would be mission accomplished,” Koudstaal says. “The road itself can be recycled up to seven times, so we’ve got a circular economy that will bring sustainability to the cities of tomorrow.”

#Energy and Natural Resources - #Materials - #Prefabrication
Friederike Voigt is the Brand content lead for Autodesk DACH and Nordics; she is responsible for the German Redshift site.