Private aerospace businesses are in a new space race to develop low-cost, rapidly deployed services that mount and launch microsatellites (weighing less than 220 pounds) on rockets. Japan’s Interstellar Technologies is one of those businesses, developing a small liquid-fueled rocket that can carry a microsatellite into space. In May 2019, the company’s MOMO-F3 rocket became Japan’s first private rocket to reach outer space at an altitude of 62 miles.

In Japan, most projects related to space technology (such as microsatellites and space elevators) are being developed in universities. Many of Interstellar’s employees began researching rockets at Japan’s universities; even the company’s president, Takahiro Inagawa, was a founding member of CREATE, a rocket club at the Tokyo Institute of Technology.

Ryuichiro Kanai, research and development operations manager at Interstellar Technologies, sought to enter the aerospace field since he was a student. He worked as a project manager for the MOMO-F23 rocket and ZERO orbital rocket programs. Kanai first became interested in rocket engines in high school, when he read the Japanese sci-fi manga Planetes, in which the main character is a space debris–gathering astronaut. By graduate school, he was researching next-generation hybrid rocket-propulsion systems. 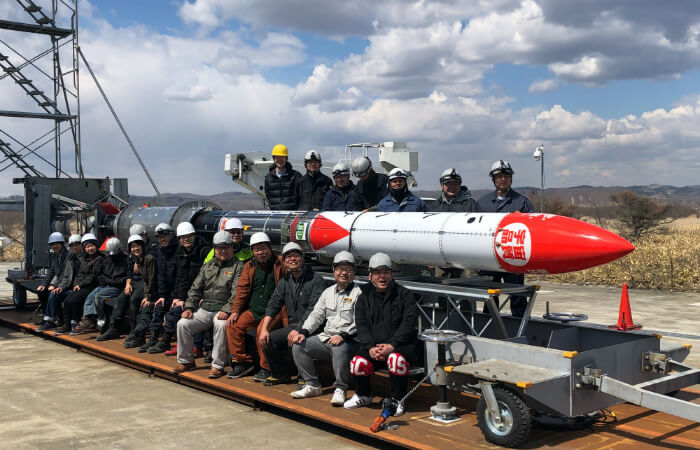 The MOMO-F3 was the first rocket privately developed in Japan to reach outer space. Courtesy of Interstellar Technologies. 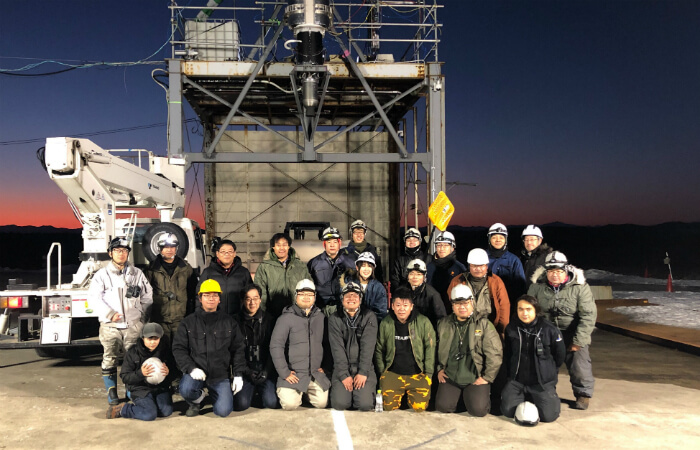 A team photo with the MOMO-F3 rocket. Courtesy of Interstellar Technologies. 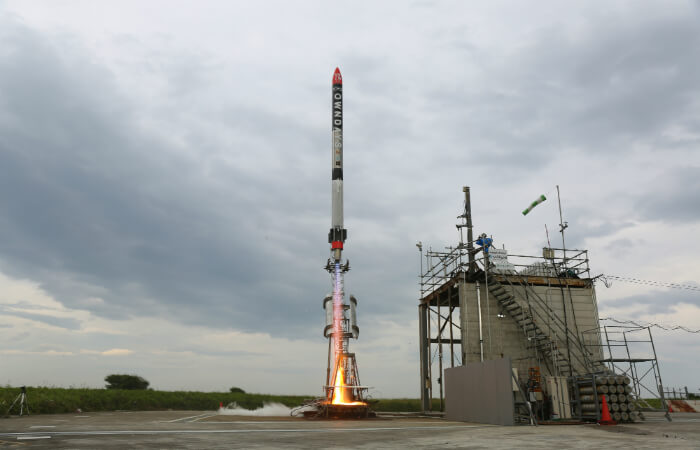 The MOMO-F4 rocket launched on July 27, 2019. Courtesy of Interstellar Technologies.

Interstellar’s small microsatellite-launching rockets have essentially the same engine systems used in the Apollo moon landings of the 1960s. In Kanai’s words, the technology is “a bit dusty.” The company had referenced public information from the Apollo program when designing many of the parts, but its approach quickly diverged from those original designs. “The manufacturing techniques and electronic components used had changed dramatically over the past 50 years,” Kanai says. “We had to rethink processes using modern technologies for many of the parts.

“When we tried to apply past designs to our own model, the drawings were often incomplete, and details like the routing of small pipes were omitted altogether,” he continues. “We soon discovered this downside of working from old designs, as we were forced to fabricate the missing pieces while our progress stuttered through a series of trial and error. As you can imagine, all we could do was try our best given the circumstances.”

Interstellar Technologies is based in the small town of Taiki on Japan’s northernmost island, Hokkaido. The company experienced the usual string of successes and failures as it continued development work. The test rocket MOMO-F1, capable of ballistic flight, launched in July 2017, followed by MOMO-F2 in June 2018, and MOMO-F3 and MOMO-F4 in 2019.

“Once we reach a certain point in development, we must consider edge cases that cannot otherwise be quantitatively calculated, and that’s when we proceed to experimental trials,” Kanai says. “For a failure rate as close as possible to zero, it is necessary to perform repeated testing in conditions similar to the actual rocket launch. For that approach, the launch frequency is reduced while testing costs mount up, which does not match up with our business model.”

The company’s agile and fluid development process includes shifting team-member roles, Kanai says. Many of MOMO’s components, such as its control system, had only one person in charge of them, while teams such as machine assembly have several members and are structured more clearly. Many people working on the ZERO rocket project also work on MOMO, and, in some cases, their roles change completely from project to project.

“On our management team, we often say, ‘Use the right assets in the right places,’” Kanai says. “While we try our best to let each person do what’s in line with their interests, we have to ensure this approach results in a positive outcome overall.”

The team uses product data management to support its unique work environment. Team members interact using the Slack messaging platform, share certain materials on Google Drive, and use Autodesk Vault to share and manage versions of models and drawings and refine their details.

As the MOMO development project ramped up, it was apparent that team members needed a flexible workflow. For example, the person in charge of structural calculations for the frame was at his workstation night and day for two months working on completing structural designs, determining design details, and performing analysis. But as his focus switched to fabrication, the workstation was empty.

To solve such recurring interruptions, Interstellar found that a subscription-based service, with a dynamic number of active licenses, addressed the organization’s changing needs. Key design staff members were familiar with Autodesk Inventor as their rocket-design software since they were at university. They also use AutoCAD paired with Inventor to lay out piping and wiring and draw blueprints. 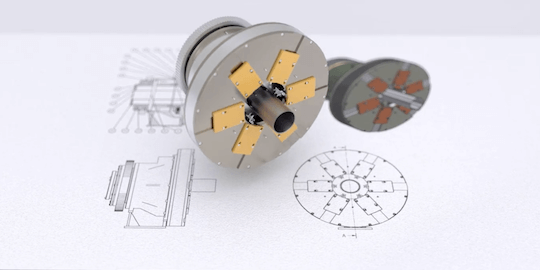 Find out why AutoCAD and Inventor work better together.
Learn More

Find out why AutoCAD and Inventor work better together.
Read More

Business Outreach for a Social Revolution

Kanai has recently spent more time building new partnerships with other companies to further develop products. He also works with local, regional, and national government agencies, as well as stakeholders in the area, to strengthen regulatory framework and infrastructure for space-based businesses.

“After building all this momentum to take us into space, we now need new partners with whom I strongly feel we can bring many changes to society,” Kanai says.

Crowdfunding has been a popular outlet for Interstellar, getting the general population excited about the company’s projects. The company has also participated in academic conferences and joint research projects. “We even have The Rocket Partners, which is sort of a fan club for companies interested in our work,” Kanai says.

Interstellar Technologies’ ZERO orbital rocket, which can carry a 220-pound payload, is being designed to reach a low-earth orbit at an altitude of 310 miles, but there are still challenges to overcome to achieve that. “While building the rocket itself will be a challenge, the launchpad will have to be very different than the one we used for MOMO,” Kanai says. “Building the launchpad and the other ground-based testing facilities are some of the biggest challenges. The first parts of those are just beginning to take shape.”