While new gadgets and technology promise change, in most ways, the urban home of the future won’t look radically different than the ones people live in today. (Personal jet ports and hoverboards are sadly a ways off.)

As cities evolve and exponentially expand, the need for space to live, work, and play remains the same. How the AEC industry organizes, arranges, designs, and builds those spaces, however, is about to be revolutionized.

With cities worldwide on the cusp of one the largest building sprees in history, architects, engineers, and construction workers need to be ready for radical change. According to the UN, by 2030, the world is projected to have 41 mega-cities, each with 10 million inhabitants or more. Whole new cities are being created in India and China as people living in the countryside move to urban environments. By 2050, urban centers will welcome 2.5 billion additional people.

Building smart, sustainable, and sturdy homes for that new wave of urbanites—a population almost twice the current size of China—can’t be accomplished with standard techniques and cumbersome construction practices. People can’t continue living in the same old-fashioned ways if they’re going to be in denser urban environments: That route would result in substandard housing that’s way too expensive. And the construction industry deserves a better profit margin and outcome for delivering the housing of tomorrow. Residential needs to be reimagined.

That’s going to require a quicker and broader adaptation of technology. In 2016, McKinsey & Company reported that construction is among the slowest industries to digitize. But with a combination of technologies—such as generative design, the Internet of Things, and prefabrication and modular construction—home building is about to go high-tech.

If you think about the need to build, say, 100 million new houses in the next 10 years, the only way that’s going to be done is at scale by using prefab construction in India, China, and other rapidly urbanizing regions. Prefab and modular construction for homes, hotels, apartments, dorms—and now, skyscrapers—uses preassembled sections (and even full rooms) built at a centralized factory, which are then shipped to the construction site. Akin to life-size Legos, the process standardizes construction while lowering costs and speeding up the time it takes to build. 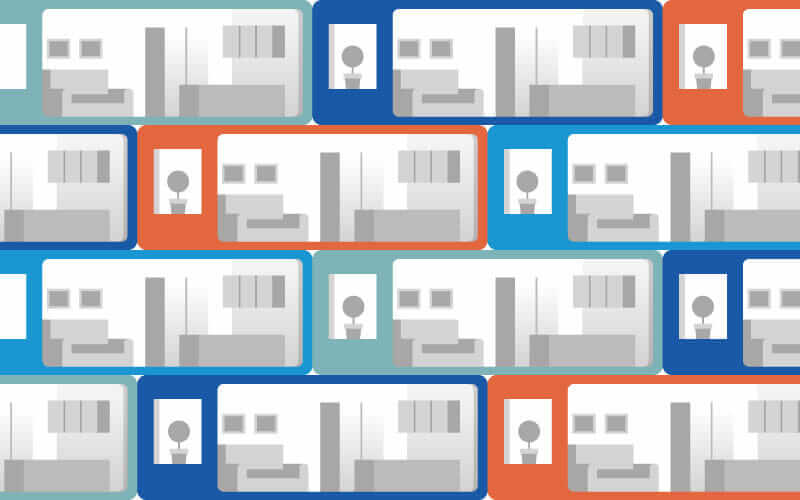 These techniques are taking off, one preassembled block at a time. Last fall, a 32-story modular high-rise designed by SHoP Architects—at 461 Dean Street—opened in Brooklyn, New York. It’s a statement tower showing the potential of prefab construction. In London, at a site near Wembley Stadium, a crew just completed the final section of Apex House, a 25-story student dorm built using modular units. Entire rooms, including beds, lamps, and desks, were built in a factory and trucked to the construction site.

While advances in assembly-line housing can help meet rising demand, solving the future housing shortage isn’t just a matter of speed and scale. After all, the great postwar social housing boom in the Western world quickly resulted in a wave of concrete high-rises and impersonal public housing. For the new construction of today to lay the groundwork for the cities of tomorrow, pace and planning need to come together.

The challenge is to increase density while making cities more livable, socially inclusive, and sustainable.

That’s because it isn’t just about using space better; it’s about building to support and strengthen what makes cities great. Human beings are social creatures who work and play better together. According to a McKinsey report from 2011, 600 cities produce 60 percent of the world’s GDP but only house 22 percent of the population. The challenge as more people move into the urban fold is to increase density while making cities more livable, socially inclusive, and sustainable.

That means using smart sensors and analysis to inform more responsive city planning and help solve transportation and social-infrastructure issues. For example, how will one new train station impact the neighborhood, and will there be a ripple effect on local retail?

Historically, the focus of the construction industry has been on individual assets, the cost associated with those assets, and the way they behave by themselves. But designers, engineers, and builders no longer have the luxury of thinking that way. Instead, the future requires thinking in terms of systems of systems. Builders and planners need to seek the best possible outcome a collection of built asset systems can deliver, not the individual aspects of any one component.

City planners need to collect and act on data: How are people moving around the city? What are occupancy patterns like? This kind of information helps planners understand, for example, that a city is only using a certain amount of its housing capacity, and it can ensure that cities are neither over- or under-built.

Cities have taken small steps toward embracing IoT and cloud computing to shape the built environment, reduce waste, improve environmental performance, and become more responsive and better-designed for all.

Data can also help cities make a better case for funding massive changes and show just how economically viable new construction projects can be. Globally, the world is running at a trillion-dollar financing gap for infrastructure. That means more funding has to come from the private sector—and attracting potential investors to such projects is becoming increasingly important.

Take the example of a public-private partnership. Right now, a government may not have the funds to build a new road, so it looks to the private sector to build and operate that road as a concession. But how many cars will use that road? What are the risks? How quickly will the value of that road deteriorate? The unknowns, especially anything that may compromise the investment return, can make investors wary and drive up the cost of funding. More and better data with greater fidelity would increase investors’ confidence by providing greater insight into everything from lifecycle cost to utilization patterns of an asset. 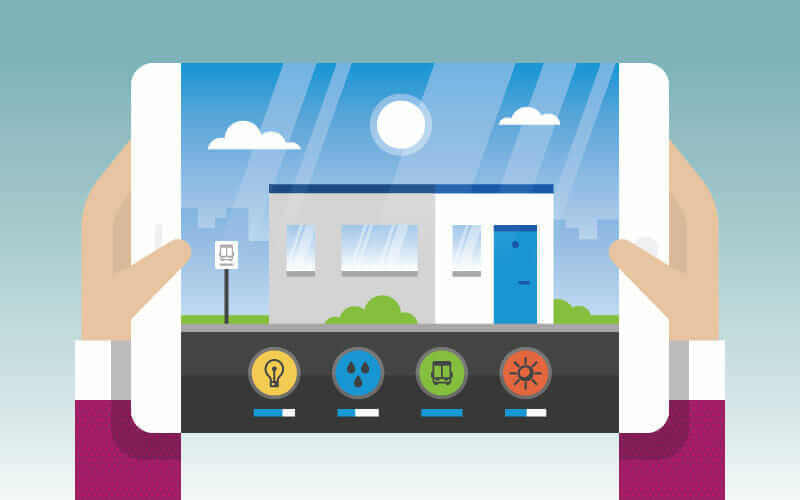 Such data can also be used to improve future designs of buildings and infrastructure assets. Cover, a prefab housing firm in Los Angeles, uses algorithms in its design process, asking future owners about their needs and lifestyle to generate custom units and floor plans that optimize window placement, cross-ventilation, and natural light. This kind of tech, along with BIM and virtual reality, can help conceive and showcase a new generation of responsive housing solutions.

What can be measured can be made better. With improved data and building technology, homes, buildings, and infrastructure won’t just leap forward based on analysis and theories, but grow and evolve organically based on real human behavior and needs. The end result will be cities that support better quality of life, economic vibrancy, social inclusivity, and environmental performance—cities truly fit for the 21st century and beyond.