Many superhero narratives can be read as antidotes to the uncertainties and politics of their time, from Great Depression–era Superman and Fascist-fighting Captain Marvel to the Black Panther staring down interplanetary racial injustice. The most recent Avengers installment, Avengers: Endgame, released the same week as Earth Day 2019, follows this path—but this time, the threat is environmental, a battle reflecting this age’s collective anxiety over the fate of the planet.

1. Adapting to the “New Normal” With Climate-Resilient Design

The Fourth National Climate Assessment, released in November 2018, reports that average global temperatures will rise by up to 9 degrees by the end of this century. The report cites existing and projected hazards—for example, higher flood risk from heavy rainfall in Louisiana and water scarcity from drought in the Colorado River basin. The structural and human toll of these outcomes will depend, in large part, on the international community’s commitment to reduce greenhouse gas emissions.

The American Society of Civil Engineers (ASCE) published a new manual in 2018 offering emerging models for risk assessment based on climate scenarios with widely divergent pathways, says David Odeh, a director on the board of ASCE and principal at Odeh Engineers. 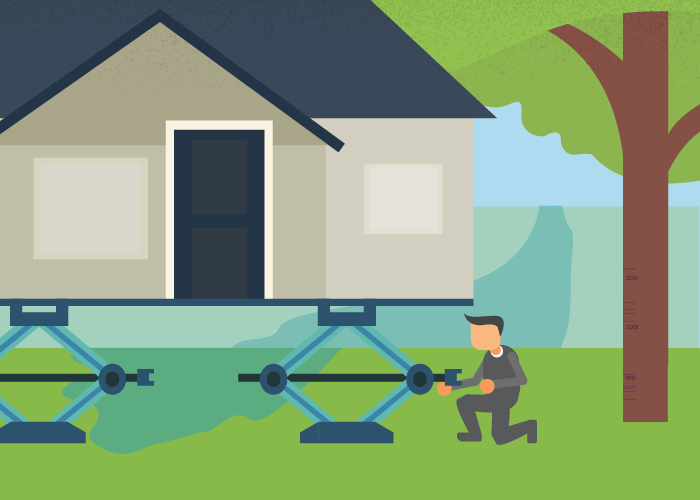 “It used to be, with reasonable confidence, we could predict what the worst-case flood would be in 100 years based on historical data,” Odeh says. “Part of what the committee is charged with is evaluating the deep uncertainty that exists with the climate due to drought, severe rainfall, sea-level rise, etcetera, and creating new or enhanced models for infrastructure design.”

One way to handle deep uncertainty is adaptive design. Blending probabilistic modeling and observational data, this approach plans for physical changes to structures if risk or loss thresholds are exceeded. Odeh cites the 351-mile Los Angeles/San Diego/San Luis Obispo Rail Corridor (LOSSAN) as one example. “In the future, if higher levels of nuisance flooding or more serious flooding hazards occur, they can actually jack up the trestles, raising them up to five feet in certain segments. The underground piles are designed to handle a potentially taller rail line.”

Key to the policy is improved coordination and resilience planning among design professionals, city emergency managers, infrastructure owners and operators, and federal agencies. “Think about how much infrastructure we’re going to build,” Yu says. “Wastewater facilities, power plants, roads, bridges, buildings. With this resilience mindset—deliberately putting new standards, technology, and knowledge into practice—we’ll change our practice and be much better prepared to handle human disasters and climate change.” 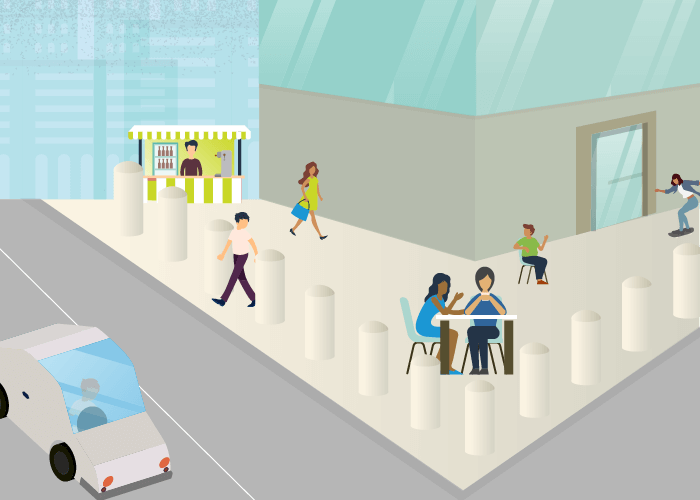 Dusenberry says there are three basic ways to mitigate risk from a terrorist attack. First, remove the threat by installing barricades. Second, harden the structure to limit the damage of an impact, explosion, or fire. And finally, create an alternate load path that transfers stress throughout the structure if a key element fails. “The standard is geared mostly toward the third option—what you ought to do to design a building to sustain damage but not collapse,” he says.

Disproportionate-collapse-mitigation techniques have material and lifesaving applications in government buildings, high-rise lobbies, and bridges, among other infrastructure assets, says Dusenberry. He was a member of the building-performance team that examined the Pentagon following the September 11 attacks; though the Pentagon wasn’t designed for resilience against collapse, Dusenberry says its performance after the attack has been a useful guide.

See Also: How Technology Is Supercharging Airport Safety Measures for 2020 and Beyond

“Even though the airplane basically landed into the building on the first floor, the upper floors didn’t collapse immediately,” he says. “They stayed for 15 to 20 minutes, enough time for the occupants on the upper floors to evacuate. The structure had enough residual strength in part because the exterior wall was infilled with masonry, making all the upper floors work together to span over the damage as a very deep beam.”

As automakers and tech companies have poured money into autonomous vehicles, policy makers and civil engineers have been called upon to create connected roadways offering improved public safety and less congestion.

For many years, Wang says, global cities have used inductance-loop detectors, magnetic devices, and video image processors to sense and regulate traffic flow at roadways and intersections. However, such a sensing system is insufficient for supporting future Connected and Autonomous Vehicles (CAV). ASCE Transportation and Development Institute (T&DI) launched a CAV Impacts Committee to study how CAV applications affect future roadway infrastructure planning, design, operation, and maintenance. “The future roadways are smarter because they are connected with users, such as vehicles and pedestrians, and are supported by powerful back-end decision-making systems,” Wang says. 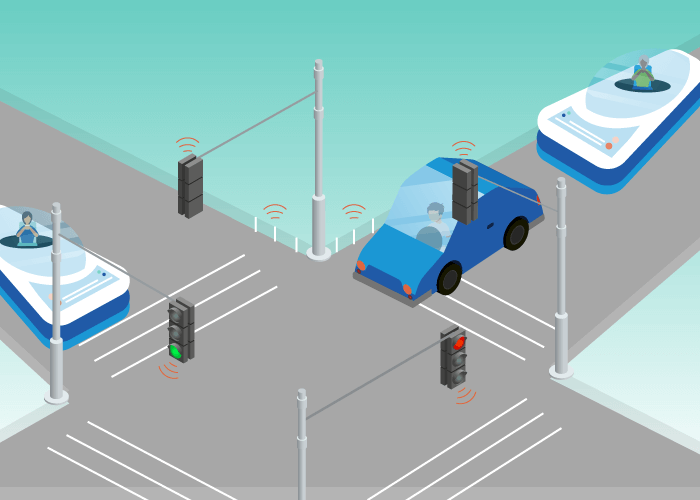 Smarter roadways enabled by CAV technologies are critical for programs like Road to Zero, a US Department of Transportation program that aims to eliminate roadway fatalities by 2046. “From this perspective, we’re looking at how roadway infrastructure needs to be designed and instrumented to make them safer, more reliable, and more efficient,” Wang says.

At STAR Lab, Wang is leading the development of a technology called Mobile Unit for Sensing Traffic version II (MUST-II). MUST-II can serve as a roadside unit to communicate with vehicles and pedestrians in addition to its classical sensor roles to collect vehicle and pedestrian travel-time data, sectional volume data, roadway surface–condition data, and visibility data.

Data collected from MUST-II sensors can be visualized on DRIVE Net, an online platform developed by STAR Lab and funded by PacTrans and the Washington State Department of Transportation. “At an intersection, if a person wants to cross and has an app that connects to the signal controller through our MUST-II, the signal will process the request and provide the green signal to the pedestrian in the most optimal way,” Wang says.

“The future will be highly mixed with human and robot drivers,” Wang continues. “How do we address the interaction of these two kinds of vehicles? I expect to see very active research from industry, academia, and agencies around that; it will take a while to make everything work together seamlessly.”