Most of the skateparks that existed when Iain Borden started riding in the 1970s are closed, empty, tile-lipped pools and concrete dishes, remnants of a bygone era.

They were briefly coveted by developers as next-generation ski resorts or golf courses—glitzy commercial ventures for a leisure class who could afford them—but exclusivity and high insurance costs hobbled those early attempts to insert skateboarding into the urban landscape.

Now, a new kind of skatepark plan—architectural interventions that actually transform their surrounding landscapes—is popping up in and around Queen Elizabeth Olympic Park in London. (This type of skatepark is also popping up in cities such as Portland, OR and Seattle, WA in the United States; in Melbourne, Australia; and in Malmö, Sweden.)

This is according to Borden, who grew up to become an architecture and urban culture professor at University College London and author of Skateboarding and the City: A Complete History. 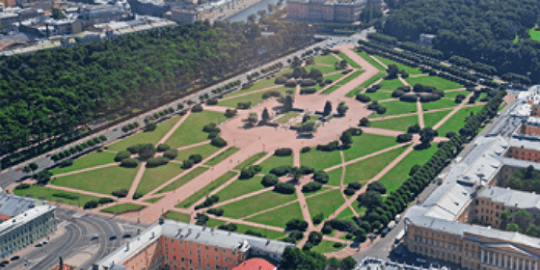 “What we’re beginning to see is the emergence of a much richer and diverse set in the kinds of urban grounds for skateboarding,” Borden says. “From somebody out in the street using a ledge that isn’t designed for skateboarding to a multimillion-dollar, purpose-built stadium.”

Led by a diverse cohort of skateboarders, designers, planners, policy makers, and private foundations, these eclectic reinterpretations of the urban terrain are framing a new narrative for skateboarding—one in which the adaptive reuse of public and private space can add vibrant culture to neighborhoods and revitalize blighted communities.

It’s an encouraging development, Borden says, speaking days before the May 25–26 London stop of the Street League Skateboarding (SLS) World Tour, a qualifying series for the Tokyo 2020 Olympics.

Alongside the professional competition held at Copperbox Arena, the Smithsonian’s Lemelson Center for the Study of Invention and Innovation hosted its seventh Innoskate festival at Queen Elizabeth Olympic Park, a complementary event featuring informal panel discussions, learn-to-skate clinics, and public skating. One highlight was the Design Studio program aimed at immersing participants in the design, art, and innovation surrounding skateboarding and skateparks. 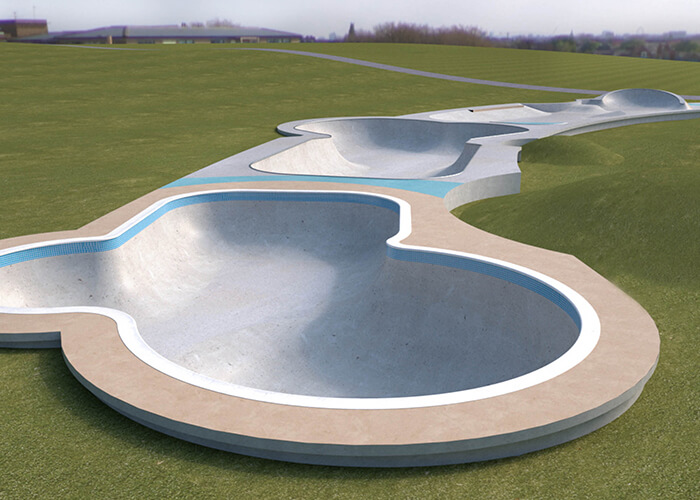 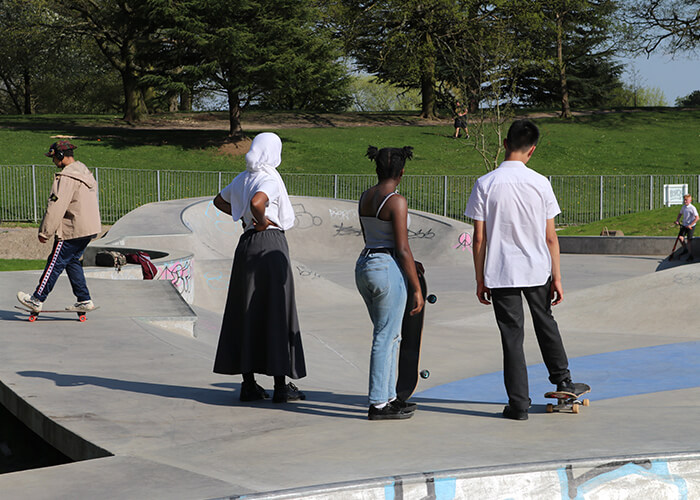 Local schoolchildren at the Crystal Palace. Courtesy of Iain Borden. 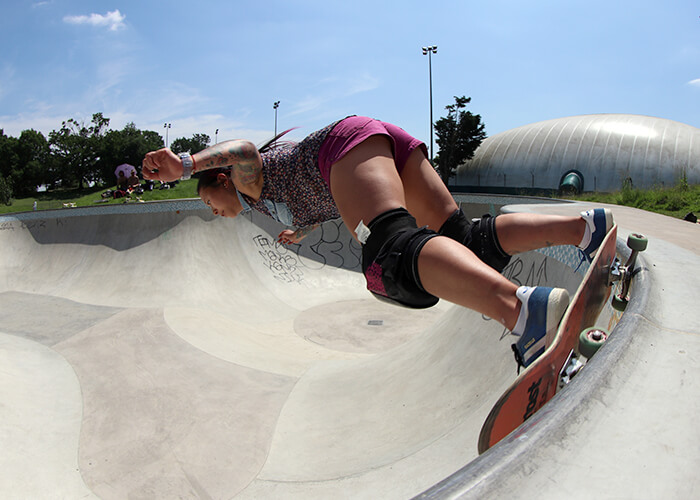 Borden says a key goal of the festival was to strengthen connections between skateboarding and the East London community, where local skateboarders, activists, and community groups in the Wickside and Marshgate Terrace neighborhoods have adapted public spaces for DIY skateparks: “These are not massive insertions—a ledge a foot high, a bank three feet high, small modulations of the urban environment.”

Meanwhile, just south of the arena, University College London has commissioned the construction of several new teaching and research buildings. If all goes as planned, Borden says, the Innoskate event and surrounding informal sites will serve as a proof of concept that accessible public spaces not exclusively reserved for skateboarding can support the sport, along with offering other uses—cycling, scooting, barbeques—that encourage fitness and creative expression. “One of the values of skateboarding is that it can provide a temporary, ‘meanwhile,’ use for spaces while they are waiting for bigger things to happen,” he says.

Another skatepark called Folkestone F51, designed by the British studio Guy Hollaway Architects and funded by the Roger De Haun Charitable Trust, is transforming the site of a former bingo hall into the world’s first multistory indoor skatepark. Borden, who consulted on the project, says the £14 million (about $18 million) venture—with three undulating floor plates of curved concrete bowls above a ground-floor reception area, café, boxing ring, and yoga studio—is part of a larger urban regeneration plan to boost tourism and develop a creative quarter in Kent county’s beleaguered port city.

Providing free access to public space presents its share of social challenges, as many potential spaces are in a state of deep disrepair. Still, the emergence of skateboard-friendly environments in greater London is overwhelmingly positive, Borden says, giving young people of all ethnicities and backgrounds opportunities for creative expression and making conspicuous “another visible culture in urban life.”

“The other thing is if a pro turns up at a skatepark—maybe everybody will turn around if they see Tony Hawk, but generally everybody has the same right to use the skatepark,” he says. “Skateboarding is about a faltering of hierarchy; it’s all about the truism, ‘the best skateboarder is the one having the most fun.’”

Perhaps that’s why the proposed closure and redevelopment of London’s Southbank Undercroft—a territory beneath the Queen Elizabeth Hall appropriated for skateboarding, BMX bike riding, public dancing, and graffiti—drew such a strong public response. Its existence threatened an egalitarian view of what cities should be and whom they should serve.

“When skateboarders were threatened with being moved out of the Undercroft in London, there was a huge public outcry: 150,000 people signed a petition to keep skateboarding,” Borden says. “On one level, they were saying, ‘Yes, we want skateboarding.’ But I think they were also saying, ‘We don’t want all our public spaces to look the same.’

“People talk of the ‘mallification’ of urban space,” Borden continues. “The idea is, public space gets turned into a shopping mall, where everybody is supposed to walk and not run, be passive with their bodies, and consume the space by buying things. You buy clothes. You buy a Mocha Frappuccino from Starbucks. Sushi from the sushi outlet. Everybody likes that, that’s great, but we want our public spaces to be more than that.”