Everywhere you turn in the architecture, engineering, and construction (AEC) industry, somebody’s talking about reality capture. And with good reason: The technology is improving by leaps and bounds every day, and people keep coming up with more and more creative ways to put it to use.

But as with every developing technology, for each thing reality capture does well, it seems there are two more things we wish it would do better. This is especially true from the perspective of structural engineers.

Do You Need Reality Capture?

When you begin a project involving an existing building, the first thing you want to know is what’s out there already. If you’re lucky, you have a relatively intact set of the original building construction documents. (If you’re even luckier, they’re legible.) No matter how complete the documentation, though, you can’t beat in-field confirmation of the existing structure. There’s a reason post-construction documents are called “as-built” drawings, not “as-designed.”

So you need a field survey. And whatever the drawbacks of reality-capture technology are, it’s a vast improvement over manual surveys. Two of the most popular forms of capturing reality for the building industry are photogrammetry and laser scans. Photogrammetry is the art and science of extracting 3D information from photographs, while laser scans create point clouds by bouncing signals off of every available surface. Both are rapidly evolving technologies, but laser scanning and point clouds currently have better interactions with BIM products and can be more easily turned into useful models for structural analysis. 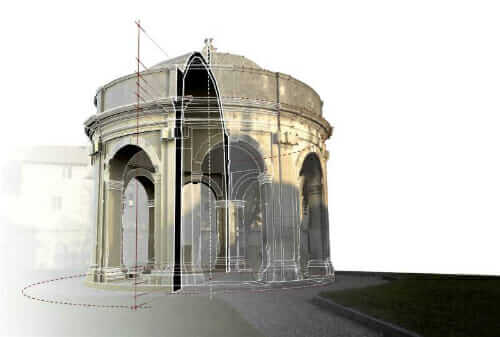 Let’s get the biggest problem with any form of reality capture out of the way: If you can’t see it, you can’t scan it! Every structural engineer knows that when you get out to a building to investigate its construction, the odds are pretty good that you can’t see what you need. Structural beams and columns are often behind walls, inside floors, or otherwise obscured by architectural elements. (MEP engineers often have the same problem.) For now, though, let’s assume that you have a reasonably exposed structure that is suitable for laser scanning.

What to Watch For

The next step in your process should be to define your requirements and expectations for the captured data. Often there are at least two parties involved: the structural engineer and the surveyor. Many scanning companies offer conversion services as well, to translate point clouds into solid 3D models. If you’re not doing the scanning or initial modeling in-house, here are some potential coordination issues to consider:

BIM is a relatively new term, but structural engineers have been using a form of BIM for decades: creating digital models of building for analysis and design. Using captured data to generate those models was a logical next step.

Almost 10 years ago, our firm partnered with a laser-scanning company to capture the geometry of a building with an extremely complicated facade that was suffering from cracks and deterioration. Admittedly, the scan itself—and the translation into the analysis software—wasn’t nearly as good as it would have been if we did it today. But it was still good enough to generate a 3D model from the data, which was then used to evaluate the stresses and deflections resulting from temperature changes and other design loads. Without the scan, it would have been much more difficult to create an accurate model of the building’s unique and complex geometry.

That project essentially went straight from the scan data to the analysis model, with a brief stopover in 3D CAD. The CAD data was never used for documentation, the way a Revit model would be today. Another project, this one ongoing, represents a more typical reality-capture workflow. The basic steps include:

1. Laser scanning of all the building’s surfaces—exterior and interior.

2. Linking the various point clouds together to create a unified model of the entire structure.

3. Creating a 3D geometric model of the visible (architectural) elements.

4. Creating 3D representations of the structural elements (visible and hidden).

5. Creating a 3D meshed model that can be used in a finite element analysis software package, for evaluating the structural performance of the building. 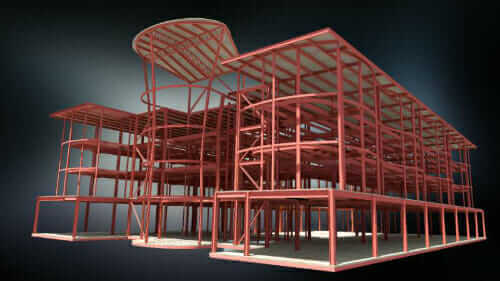 That last item is very important to structural engineers. It was critical that we knew, going into the project, what kind of model we needed. For this structure, we needed a lot of centerlines, or midpoints between two measured points. The sooner we were able to communicate the necessary points to the surveyors, the better the information we got.

Other Realities to Capture

Photogrammetry and laser scanning may be the most common reality-capture techniques, but they’re far from being the only ones. Structural engineers can use other tools, including x-rays, ground-penetrating radar, and impact-echo testing to locate pipes, voids, and rebar within existing walls and floors. The data gained from these operations are most often used to evaluate the bearing capacity of an existing structure—it’s not often used for construction documents. (No matter how good your information is on a building, actually modeling existing rebar inside an existing slab may be a little much for your average set of construction documents.)

As good as reality capture is getting, it’s not a panacea. Engineering judgment is still required to create useful design documents and analysis models. But as the software and hardware continue to improve, we will see more and more of the world around us captured and put to use in our analysis, design, and construction workflows.

Want to learn more about capturing reality? For further reading, check out this Reality Computing blog.