Stephen D. Ambrose has some unfinished business—and it all started when he was just a kid.

What he did, you see, was something that some might consider teenage rebellion, a kid acting out against his classically trained musician father who forbade rock and folk music during Ambrose’s formative teenage years of the mid-1960s in Nashville, Tennessee.

One day, at the ripe age of 13, Ambrose hacked together an earpiece from an old crystal AM radio set and invented the world’s first wireless in-ear monitor. He did it so he could hear himself play guitar and sing—and his father was none the wiser. Now, in-ear monitors are endemic at almost any musical event so that performers can hear themselves sing.

From that first creation, Ambrose embarked on years of development and refinement of wireless products, touring with the likes of Stevie Wonder, Simon & Garfunkel, and the Steve Miller Band, as well as working the sound for recording sessions with Joni Mitchell, Roger Waters, and Guns N’ Roses.

But in his youth and throughout a career of developing custom wireless in-ear monitors and microphones, he didn’t realize a major flaw until years later: They could actually damage hearing.

Now, he has even greater ambitions with his work and an entirely new product that will help protect—not damage—hearing. Here, Ambrose shares how he took one earbud and created a revolution and how he’s now saving rock stars’ hearing one ear at a time.

How did you take a simple earbud from a transistor set and turn it into the first prototype for a wireless in-ear monitor?
I had this crystal radio set speaker, and the speaker was very, very low quality. But I would listen to it, and I would try to figure out how to get my voice to go through the radio so I could listen to myself and amplify it so that nobody could hear me singing—especially my father. It came with an earbud, but it needed to be transformed. I first used gum. I actually used bubble gum! Then, I became much more professional and moved to the big time and used Silly Putty.

I then hacked open a tape recorder with a mic, and I took the amplifier out of it. And I had it power the first in-ear monitors. This is 1965, when I’m 13 years old. I’ve always been a hack.

How did you start working with Stevie Wonder?
The first startup I created was called SoundSight, and it was an in-ear monitor company in the 1970s.

Stevie was cutting the Journey Through “The Secret Life of Plants,” and they called me down to the studio on Sunset Boulevard to create custom pieces. I filled both of his ears with impression material, which is the same thing that they use in your mouth now when they are taking impressions at your dentist. You pick a syringe, and you have this self-curing silicone that fills your ear in a few minutes. It’s hard, like an eraser. But it forms an exact replica of your ear.

So once I finish, he loves it. Stevie had been blind since birth. Now he can “see” anywhere there’s a microphone. The first time he used it, he kept turning the bass up—and I kept turning it down to protect his hearing.

So that’s what Stevie and I started in the late 1970s. It basically proved that in-ear sound is not a joke; it’s something good enough for the best artist in the world.

When did you realize that your invention was potentially creating more harm than good?
Although I began patenting a solution in the 1970s, it only solved the problem by sacrificing fidelity and therefore had limited adoption. In the 1990s and after touring with KISS and the Steve Miller Band, I knew these were causing high frequency hearing loss, and I knew that as the original inventor, I was responsible for it. It was not a pleasant idea to realize that I was the father of personal audio, which is driving everybody deaf.

So I stopped touring, and I stopped making them until I could discover how to fix them in a way that anybody could use them and that actually provided revolutionary sound quality to the audio industry. I received grants from the National Science Foundation and the National Institutes of Health. I developed the second eardrum, and we tested it at Vanderbilt University.

I started Asius Technologies so you can listen at much lower volumes without feeling like you have to abstain from listening to the volume and fidelity that you really want to hear—all without damaging your hearing. So once I figured that out and solved the problem, I could take responsibility for my personal monster.

What’s your must-have gadget, tool, or technology?
It’s definitely 3D CAD capability, especially with Autodesk Inventor and Fusion 360. Fusion 360, for me, is like being in a studio, and you can jam with people in other countries. It’s the same thing. You’re doing it with devices and concepts that are graphic and inventive instead of chords, melodies, and instruments.

When I first started new in-ear wireless models and prototypes in the 1970s, there was no CAD, there were no computers. I was molding and carving these by hand! Technology today helps with the incredible process of inventing. It brings this wonderful experience of understanding. 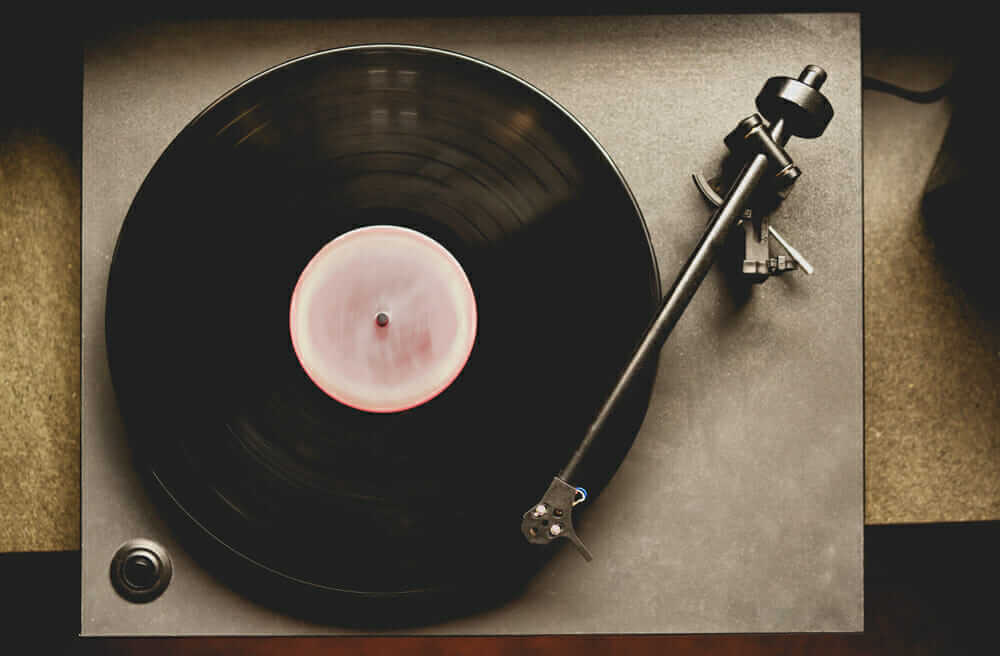 If you were going to be on a deserted island, and you could choose only one record, which one it would be?
This is easy to answer, but I have to admit that it’s also the hardest question. It’s like asking parents, “Who is your favorite child?” No matter what they say, they’re wrong.  But all I’d have with me is Joni Mitchell’s The Hissing of Summer Lawns.

There’s Joni Mitchell singing “Don’t Interrupt the Sorrow” [from The Hissing of Summer Lawns]. I was lucky enough to be there the day she recorded it. There is a space; there is a chamber; you do not notice there’s any reverb on it whatsoever. Unlike Phil Spector’s Wall of Sound . . . that was echo upon echo upon echo for days.  You’re in a room; Joni is there. That experience envelops you; it’s intimate, and that was Henry Louie. He was the engineer who did that incredible miking, where instead of using echo chambers and reverb, he just captured the space so much that it was a common experience. I have never heard anything like it since.

Redshift’s “Inside My Design Mind” series explores the personal insights from leading designers across industries.