The Concorde, the iconic pointy-nosed supersonic jet that shuttled passengers between Paris, London, New York, and other choice destinations, landed for the last time 14 years ago, after 27 years in service. The only civil supersonic airplane to enter service apart from Russia’s TU-144 jet, the plane was never replaced.

“The Concorde was successful from a technical standpoint, but in terms of economics, it was too expensive to operate, its range was limited, it was noisy, and its fuel consumption was high,” says Jeff Miller, vice president of marketing at the U.S. aircraft design firm Aerion.

But engineers at Aerion are working to change that. They’ve spent the last 15 years developing AS2, a supersonic jet that could carry up to 12 people in high comfort from London to Seattle, Miller says. “We’ve been focusing on improving efficiency so we can lower the cost of operations and extend the range of the plane so it’s not limited to just barely getting across the Atlantic,” he says. “Now you’ve got an airplane that will really take you places.” 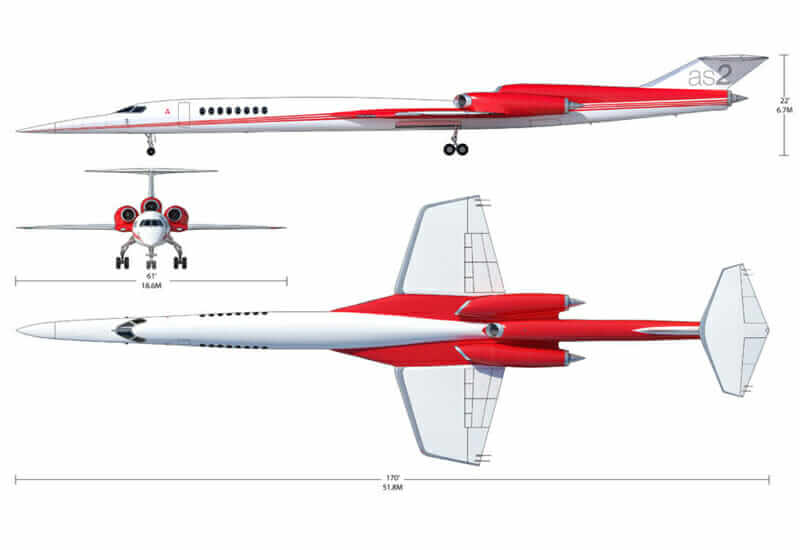 Aerion says the laminar flow design will allow its plane to fly at Mach 1.5 over the ocean and also cruise efficiently just under the speed of sound overland. Image credit: Aerion. 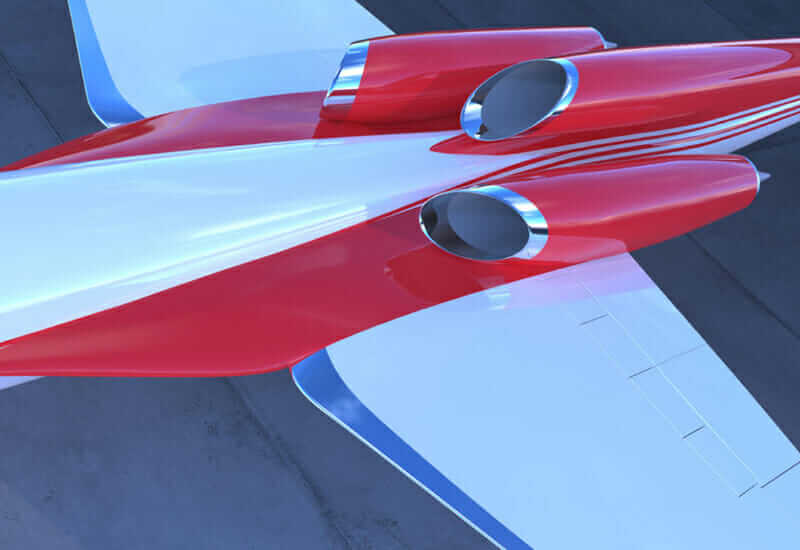 The company has been working with NASA and Airbus’ Defense & Space unit on finding the most optimal design for the aircraft, and with GE Aviation on selecting the best engine for the jet. “We’ve reached the conclusion that it’s not feasible to start with a clean-sheet engine design,” Miller says. “It would cost too much and take too long. With GE, we have a good opportunity to take an existing engine core and adapt it.”

The key to Aerion’s design is a concept called natural laminar flow proposed by aerodynamicist and Aerion founder Richard Tracy, who has had a hand in such diverse and innovative aircraft as the Canadair Challenger business and the single-stage-to-orbit Rockwell X-30 spaceplane concept. Supersonic natural laminar flow allows smooth layers of air to travel over wings without turbulence. Aerion has used proprietary software to design thin, composite wings with a low “aspect ratio” similar to jet fighter wings.

Unlike the delta-shaped wings of the Concorde, the Aerion wing design has a modestly swept leading edge, which promotes laminar flow. The design allowed Aerion to reduce drag over the wing by as much 60 percent. Together with a laminar flow tail and an optimized airframe, the net friction drag of the entire plane is up to 20 percent lower, “which, in aeronautical terms, is a huge leap in efficiency,” the company says.

Lower drag means that the plane can use smaller, more efficient engines and still achieve speeds of up to Mach 1.5, or 50 percent faster than the speed of sound. That’s about 1,000 mph. “Clearly, GE’s experience with supersonic engines is going to be tremendously valuable to us,” Miller says.

GE Aviation is best known for giant turbofan engines for long-distance passenger jets like the Dreamliner or the Boeing 777. But it also built the first American jet engine for the country’s first fighter jet during World War II, and its supersonic engines currently power planes like the F/A-18 Super Hornet and F-16 Fighting Falcon. “Aerion sees an opportunity to pioneer a new segment in business aviation and more broadly for civil aviation,” says Brad Mottier, runs GE Aviation’s business and general aviation division. “Their goal is to design and certify the first civil supersonic aircraft in half a century.”

These types of engines are much smaller than the latest turbofans and are a good fit for Aerion. “If you look at the last 40 or 50 years, the aviation industry has achieved tremendous gains in fuel efficiency, in large part through increasing bypass ratio,” or the amount of air that flows around the engine core, Miller says. “However, the most efficient engine for a supersonic aircraft is a low bypass ratio engine, as you may find on today’s fighter jets, but these are too noisy for civil use. The solution is a moderate bypass engine that will meet today’s strict noise regulations. That will be the focus of our work with GE.”

Aerion says the laminar flow design will allow its plane to fly at Mach 1.5 over the ocean and also cruise efficiently just under the speed of sound overland to meet existing sonic boom regulations. Sonic boom is the sharp sound heard as an aircraft traveling above Mach 1, the speed of sound, passes overhead. The Concorde, by contrast, became much less fuel efficient at subsonic speeds, limiting its overland range.

The AS2 could take a first flight as soon as 2023 and enter service two years later.

Article by Tomas Kellner. A version of this article appeared on GE Reports.