The most valuable innovations often arise when forward-thinking people see a problem in the world and then strive to create better solutions. That was the case for Derek Sham, founder and CEO of Cosm Medical, who sought new ways of treating pelvic floor disorders after watching his grandmother cope with pelvic organ prolapse.

This common, painful, and stigmatized condition occurs when weakened or injured pelvic floor muscles or vaginal and connective tissues cause one or more of a patient’s pelvic organs to slip down from the correct position and bulge into the vagina. Physicians use a four-stage system to describe the severity of a patient’s pelvic prolapse. In the final stage, the organs are entirely out of the vaginal cavity.

“When my grandma got affected by this, we found out she had prolapse when she was already at stage 3 or stage 4,” Sham says. “And in my mind, that would not ever happen in a society where pelvic floor disorders are recognized as an issue.”

Pelvic floor disorders are common for both men and women. “A famous urologist once told me, ‘The question isn’t whether or not your pipes are going to break; it’s whether or not your house falls down first,’” Sham says. He also points out that there are two months dedicated to prostate health awareness but no comparable recognition of pelvic floor problems. “We have Prostate Awareness Month, prostate cancer Movember … but it doesn’t happen for women’s health,” he says. “The device market for men’s prostate issues is also at least 10 times the size.” That lack of attention has led to countless women enduring subpar interventions. Surgery is an option but a costly one that often doesn’t yield permanent results.

The nonsurgical treatment is to use a pessary—a device inserted into the vagina to reduce prolapse and support pelvic tissues and organs or compress the urethra to stop urinary incontinence.  Pessaries are one of the oldest documented medical devices, dating back to 1850 BCE with the Egyptians. After the advent of medical-grade silicone, pessaries have remained largely unchanged for the past 50 years. Today, they come in more than 100 shapes and sizes, and doctors fit them to patients through an invasive process of trial and error.

Sham knew there was a better way. “It’s really about finding what difference we can make in each woman’s life who wears these devices, because 10 million of these are sold per year globally,” Sham says. “About a third of women can’t get fit properly; half will stop using them within a year or two; and half get complications with long-term use.”  Complications for pessary use include chronic pain, bleeding, constipation, urinary obstruction, infections, and tissue abrasion.

Pelvic floor disorders are not an everyday conversation topic, but they are more prevalent than people realize. “They affect one out of four women of all ages—one out of three over 60 and one out of two over 80,” says Cosm Medical Chief Scientific Officer Goli Ameri. “Given the aging population, you can get a grasp of what a big problem it is now and how much of a bigger problem it will be in the future. In 2020, adult diaper sales for the first time in history surpassed baby diaper sales in North America.” 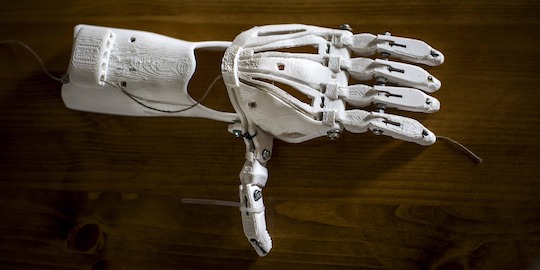 Patients experiencing prolapse appreciate the ability to maintain autonomy for their medical needs. However, that’s often not an option with conventional pessaries. “We estimate that a little over half of women can’t self-manage these devices because they’re elderly and don’t have the finger dexterity or the capability to reach that far into their vagina,” Sham says. His goal is to make pessaries much more user-friendly: something that can be handled without help—as simple as wearing a bra—that is put in at the start of the day and removed to sleep, without needing help along the way.

Patients who have difficulty inserting and removing conventional pessaries currently have to return to clinics every three to six months to have the devices cleaned and let doctors check their tissue. “Our goal is to help some of those women to self-care and manage their devices,” Sham says. “This lowers the risk of complications and allows wearers to have sex without any restrictions caused by their pessary.”

Pelvic floor disorders can disrupt a patient’s life so much that assisted-living arrangements are necessary. “In the US alone, the direct cost of pelvic floor disorders is $12.4 billion—14% of which is essentially nursing-home admissions,” Sham says. “Many women end up going to nursing homes because of either pain and discomfort from prolapse or incontinence that they can’t manage at home.” 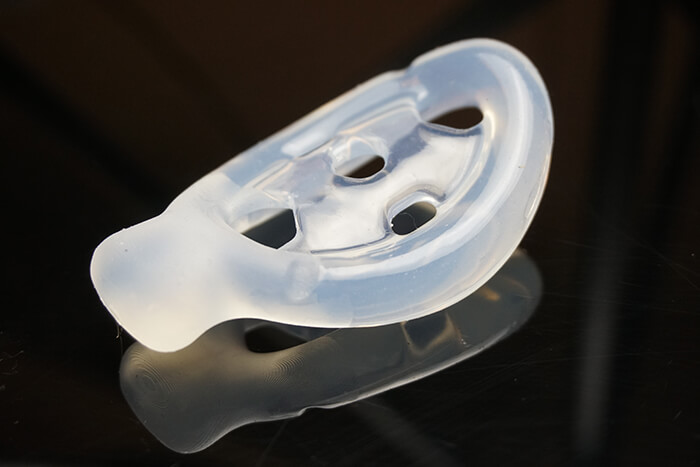 Cosm Medical’s digital urogynecology aims to modernize pessary fitting with its custom Gynethotics like this one. Courtesy of Cosm Medical. 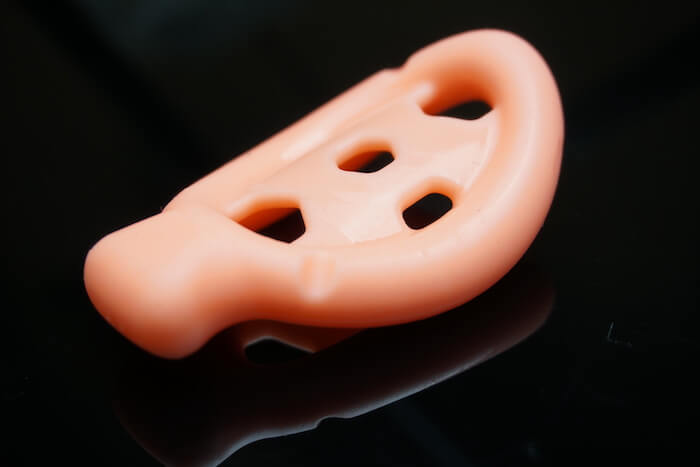 Custom-made medical accessories, such as orthotics and mouthguards, are already widely used for other conditions. Cosm Medical uses customization and artificial intelligence (AI) to create made-to-order gynecological prosthetics it calls Gynethotics™, custom pessaries that lower risks and enhance care for patients with pelvic floor problems. Cosm Medical is part of the Autodesk Technology Centers network, which has provided the team tools and support to help develop its novel system.

That system uses a new and proprietary technique to scan and mold a patient’s pelvic floor and vaginal cavity. Advanced techniques such as machine learning and AI are used to analyze the ultrasound images and soft-tissue measurements and help design a 3D-printed custom pessary for the patient. The patient’s measurements go into a parametric 3D model using Autodesk Fusion 360. Cosm inputs eight to 12 measurements—including the vaginal length, width, and curvature—to create a customized prosthetic. Inputs can also include a patient’s treatment goals and activity level.

At least two groups since the 1980s have attempted customized pessaries but failed. Sham says his product feasible due to technological progress—particularly, the reduced cost of ultrasound imaging. “Ultrasound is extremely cheap relative to what it was before,” he says. “The $5,000 ultrasound probes you can get—that’s 2D ultrasound—are almost as good as $50,000 ultrasound machines were 20 years ago. So the measurement devices are now potentially economically viable to scale.”

Advances in AI, the availability of software-as-a-platform, 3D printing, and improvements in cloud computing have also aided Cosm Medical’s work. The company received a provisional patent for taking medical images, analyzing them, and creating customized therapeutic devices for vaginal insertion. It also has design patents associated with its measurement methods. The process requires baseline images of a patient’s pelvic floor. The next step uses an inflated balloon that molds to the shape of the cavity. Those details help the AI model predict the best design for each patient.

Women have suffered from inadequate or ineffective pelvic floor treatments for decades.  Sham says that surgeries cost between $10,000 and $50,000, and many patients need revision operations after several years. Beyond that, pelvic floor surgeries with “mesh” implants have been the target of a 60 Minutes exposé and a Netflix documentary, The Bleeding Edge, after more than 100,000 lawsuits associated with debilitating complications from the surgeries. Consequently, the US Food and Drug Administration banned surgical mesh for pelvic organ prolapse repair in April 2019.

Standard pessaries cost between $50 and $150, but that money is wasted if it causes other problems and the patient stops using the device soon after being fitted. Cosm plans to sell GynethoticsTM as a premium conservative therapy, much like how custom orthotics were introduced when only Dr. Scholl’s orthotics were available.

Cosm’s work shines a light on a common, growing, underserved, and global women’s health issue. Whether an individual’s struggle or a loved one’s, it’s clear that the old way of doing things is not sufficient, and this new solution could positively impact many lives.

AI in Manufacturing: How It’s Used and Why It’s Important for Future Factories