When designer Jon Godbolt first swept the floor of a welding shop, he had no idea it was the first step on his own unique career path.

That path has led him to a lead-designer role at SAFE Boats, a 375-person company that designs and manufactures specialized boats for militaries and rescue services. (SAFE stands for Secure All-around Flotation Equipped.) But Godbolt’s career trajectory has been anything but traditional. 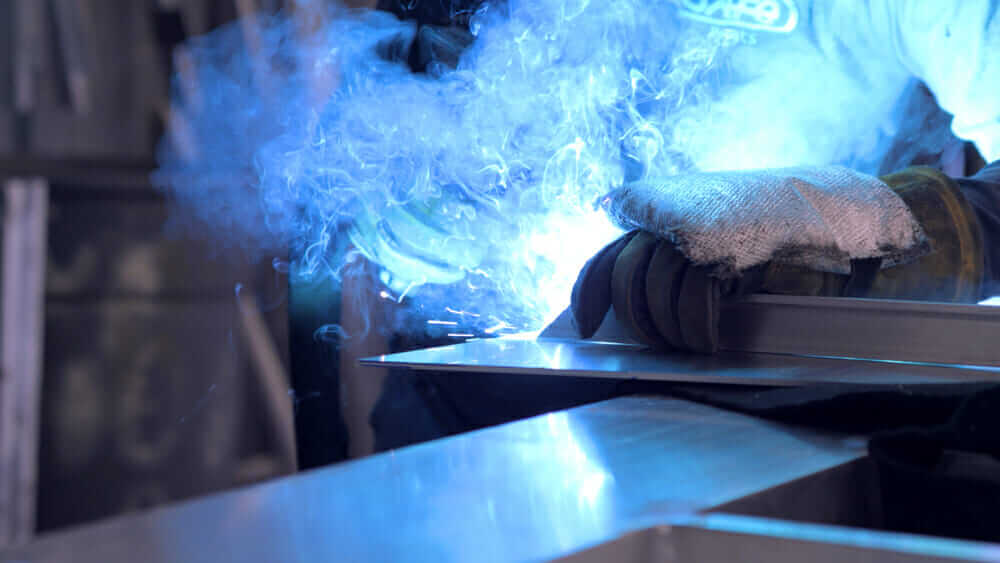 Back in his late teens, while attending community college in Edmonds, Washington, Godbolt hadn’t thought much about a career. But he knew he liked to work with his hands, and he needed a part-time job to stay afloat. So on a friend’s recommendation, he took a job sweeping floors at a welding shop. As he cleaned, Godbolt became interested in what the company was doing.

That welding business was part of SAFE Boats’ contractor network. And when Godbolt saw some welding in action, it was love at first sight for the then-19-year-old: He dropped out of school, took an entry-level fabricator position, and quickly became lead welder. When SAFE Boats stopped using contractors the following year, Godbolt joined the company, rising through the ranks until he was managing 60 welders.

During those early years at the company, Godbolt got exposure to drafting and modeling software—and he was truly hooked. After all, it spoke a language he already knew. “It was the coolest thing,” he says. “It didn’t take long to learn at all, because it was about the stuff I was doing every day, problem-solving in the trenches on the factory floor, working with the team.”

As Godbolt delved deeper into design, teaching himself how to use Autodesk AutoCAD LT, he started gaining confidence in his engineering skills. Rather than waiting for a design solution to make its way through the pipeline, Godbolt got in the habit of hopping on his own system to engineer a fix. “I never set out to take on those tasks and become an engineer,” he says. “I just knew it was going to take time to get an answer, so I’d go up to my office and sketch up a solution.”

That casual tinkering turned from solving small fabrication problems to redesigning whole parts. The company soon realized it needed Godbolt, as much as the other way around, when fate came calling with an opportunity to address customer-satisfaction issues with fielded designs. This time, SAFE Boats management knew just the guy for the job. 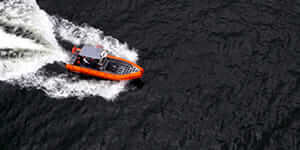 When management asked Godbolt to take a look, his response was, “You’re asking my opinion on this, and I’m just a fabricator. Where’s engineering?” Engineering would, of course, be involved, but the reason his bosses came straight to Godbolt was simple: He’d proven himself as a self-starting problem solver.

Godbolt proved himself again by producing a successful retrofit. Six months and a happy client later, he received a promotion to the position of design engineer.

Interestingly, Godbolt doesn’t call himself an engineer. “I do a lot of the same functions, but I don’t have a degree; I’m definitely not an engineer,” he insists. Although he admits to being an engineer in practice, he stresses how his degree-holding colleagues have more “textbook” knowledge (not that it necessarily matters at this stage of his career).

The question that remains, however, is how other would-be engineers can achieve the same career success—especially in heavy manufacturing, where formal training is usually everything.

It’s definitely harder than the traditional collegiate route, and times are different: Tools and techniques have become more specialized and complicated in the 16 years since Godbolt started. And although a company like SAFE Boats would be unlikely to hire a nondegree-qualified technician from the get-go, the company prides itself on promoting from within. Godbolt recalls a mechanic rising to regional sales manager, an entry-level welder becoming a service manager, and many more examples.

“I think those opportunities are probably still there in companies like SAFE Boats,” he says. “If you get in on the ground floor, you can still work your way up. I’d hate to think that’s been lost in this country.”

Of course, things have now come full circle. With advances such as generative design and cloud processing, the everyday demands on designers and engineers are changing. “We’ve gone from drawing 2D lines and trying to figure out the 3D shape to making full 3D models,” Godbolt says. “You don’t even have to be an engineer—you can open up a 3D model and just zoom around and see what’s built where. The accessibility for people who don’t even use the software every day is really cool.”

But won’t such changes render the skills he’s worked so hard and long to accumulate redundant? “Yes and no,” he says, with a laugh. “The little day-to-day functions, the repetitive things, could be easy to do now. We’ve had interns get right in and start working the software like it’s nothing. They get it so easy; it’s like a video game.”

But regardless of the tools or software, it still takes a special type of person to be an engineer, educated or not. “I’d recommend to anybody starting out to look at the computer program as the final step,” he says. “First, get in and really understand the industry.”

With that knowledge guiding the way, it’s just a matter of putting in the work while keeping the ultimate career goal in mind—and that’s good advice.