Are robots coming for your job? In manufacturing, the answer isn’t a simple yes or no. After all, different studies tell different stories.

A 2013 analysis by Oxford University said automation could replace half the world’s jobs. A later forecast from the Organisation for Economic Cooperation and Development (OECD) concluded that tech’s impact would be notable but less severe. What’s indisputable is that digital transformation is changing the nature of work. In manufacturing, for instance, software isn’t so much devouring employment as it is transforming it.

While routine administrative and assembly-line tasks are being handed over to machines, trends such as automation, convergence, and sustainability are creating brand-new jobs that didn’t exist before. New roles need new skills, and upskilling for the future sometimes includes a mix of aptitudes that haven’t been combined in the past. 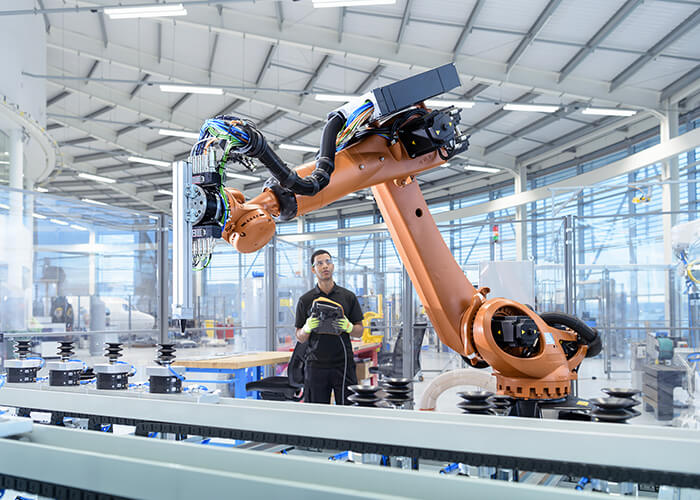 Instead of being replaced by robots, people in these jobs have to be—or become—tech savvy enough to work beside them. That poses big questions: How can the sector build a collaborative human-machine workforce? What skills will be must-haves on the digital factory floor? What education and training will make employees comfortable using advanced technologies?

The key is to bridge the human-machine gap. As digital transformation redefines manufacturing jobs, leaders must normalize the idea of upskilling workers for environments that blend advanced technology with uniquely human aptitudes.

Here are six suggestions from futurists and experts to help manufacturing professionals start rethinking, recruiting, and upskilling for the challenges of digitization. 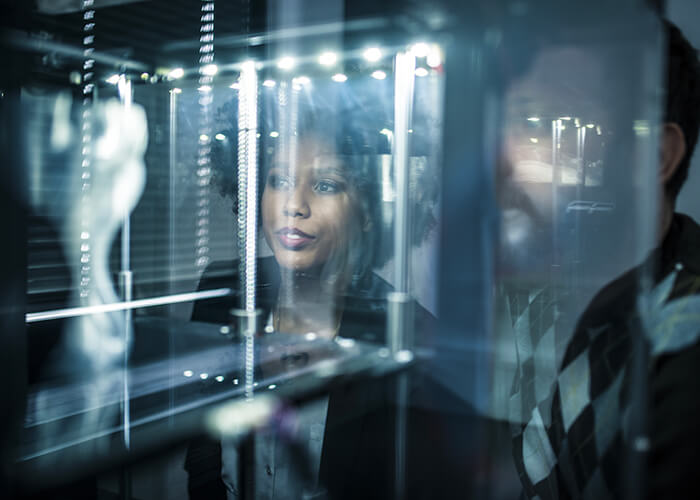 Digital’s rise in the workplace has had an unexpected consequence: more demand for skills only Homo sapiens can provide. By replacing the repetitive and manual tasks that mark many traditional jobs, digital is actually making space for soft skills that are uniquely human.

In fact, a survey by the World Economic Forum found that the top job requirements for the next 10 years rest heavily on essential human attributes such as creativity, critical thinking, and emotional intelligence.

To prepare for the future, manufacturers need to begin recruiting for and upskilling in talent that can exhibit these attributes in tandem with the technical skills required to work alongside growing automation. 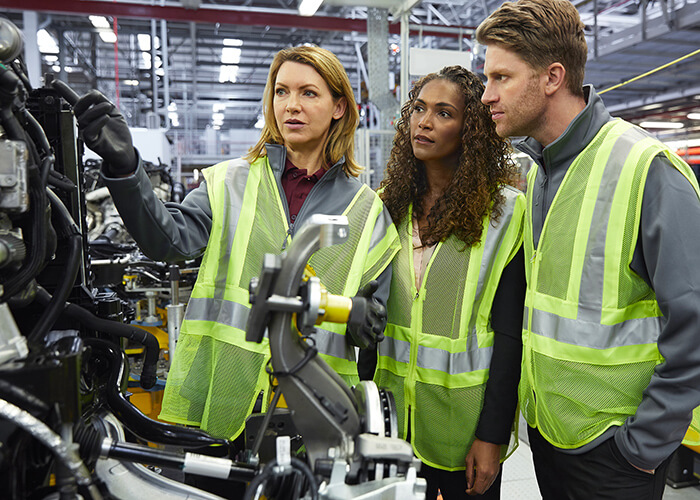 2. Be Open to Online Communication

Even as automation, artificial intelligence, and robotics expand all around them, more manufacturing professionals are using digital solutions to handle their current responsibilities more efficiently. Collaboration platforms such as work-based social media and instant messaging are already making jobs more digital. These platforms should encourage upskilling for the future: They’re already providing the additional communication and interaction needed to sustain productivity.

“Embracing this shift to working online opens up an opportunity for us to find new skills and expertise from anywhere in the world,” says Christopher Greenough, chief commercial officer at SDE Technology. “We’re in the Midlands, but why can’t we employ engineers from Scotland or Wales or the South Coast—or why not in the US time zone or the Japanese time zone? You could arguably create 24/7, around-the-clock working practices. I think that in itself could be pretty transformational.” 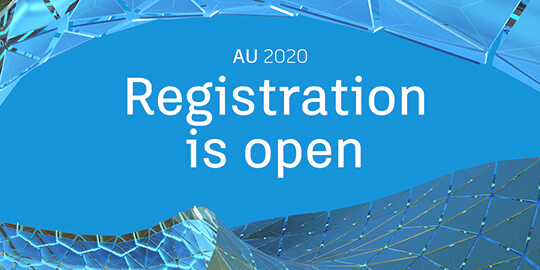 A study conducted by the US Manufacturing Institute found that manufacturing businesses plan to spend $26 billion this year on upskilling alone. But convincing staff to leave behind tried-and-tested processes in order to embrace new tools requires more than budget alone.

“When you embrace change, you have to know that not everyone is going to like this,” says William Bridgeman, chairman of Norfolk, England–based Warren Services. “Anyone can spend money on machines, but people are the core asset. Getting them on board can be the hardest nut to crack. You’ve got to show them the benefits. Automation and digitization help speed up processes, and that creates more capacity. More capacity gives you more resources to grow, and that’s in everyone’s interest.

“We try to regularly communicate this by emphasizing that we want to free ourselves from the mundane, whether that’s loading parts into a machine or loading data onto a system,” Bridgeman continues. “We also make it clear to people that while their role may become redundant, their job isn’t. In other words, maybe the robot will steal your current job, but it will also give you a better one.” 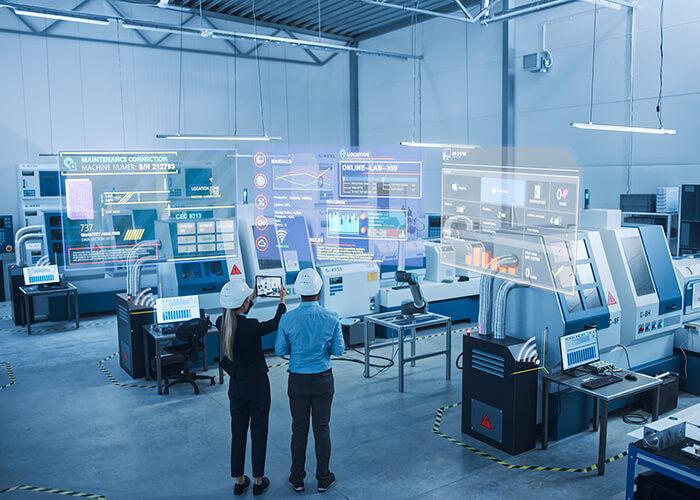 To bring current staff on board with upskilling plans, it’s vital to not only show people the direction they’ll be going but also involve them directly in the process of getting there.

“What you don’t want to do is attempt to throw everything away and put something new in place very quickly,” Greenough says. “You need to take small steps and make sure you’re investing in your people all the way through that process.

“Starting with a clear and achievable objective that underpins the change you want can be very effective,” Greenough continues. “We have an objective to completely do away with paper on the shop floor and make everything digital through one integrated system. We’re approaching it by mapping current processes first, seeing exactly where the paper is and what could be easily replaced with digital. That involves people in a hands-on way and lets them see the benefits of changing tack while also allowing them to manage the timelines involved in getting there.”

Understanding how technology might change manufacturing processes on the current shop floor can help everyone prepare for a future where work is more sophisticated, growth-oriented, and personally rewarding. New joiners can become digital catalysts, working together with current talent to bring a fresh set of eyes to the process.

“One of the easiest ways to identify areas for digitization and process improvement is to let a smart young person in the business take a few days and have a dig about,” Bridgeman says. “Ask us, ‘Why are you doing this, and why are you doing that?’ Young people are comfortable with technology in ways older generations aren’t. They see things with fresh eyes and ask the questions that maybe we’ve forgotten to ask.” 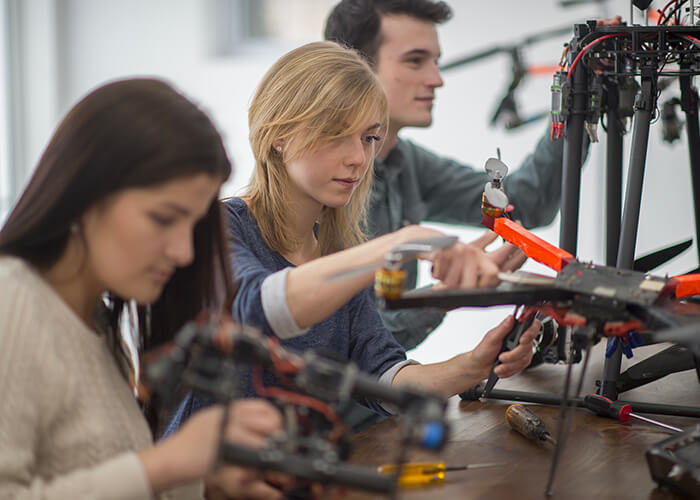 6. Leverage the New Drive for Apprenticeship

Manufacturers should also look again at how they build their pipeline of new talent. Partnerships with universities and colleges can be frustrating if they aren’t geared toward skills-based training and commercial outcomes. This is where partnerships linked to apprenticeship programs can really deliver.

“I think the apprenticeship role is the best way to get a loan-free degree,” Greenough says. “With the UK government’s apprenticeship levy and all the discussion about the sector’s central role in restarting the economy after COVID-19, manufacturing is gaining traction with young people as a career choice. It’s the perfect time to start talking with companies about apprenticeship and partnerships they can support.”