As the coronavirus outbreak continues to disrupt every facet of daily life, engineers across Europe are proving that once again, necessity is the mother of invention. Shifting production from supercars to masks and from airplanes to ventilators, prototyping experts are heralding a new age in life-saving manufacturing.

One would expect to see supercars rolling off the assembly line at Lamborghini. Normal production, however, has been suspended. The Italian automobile manufacturer has repurposed its luxury upholstery department to produce 1,000 masks per day for a neighboring hospital in Bologna, Italy. Lamborghini’s 3D printers, which were acquired as prototyping aids for its carbon manufacturing and R&D departments, now create a daily supply of 200 polycarbonate medical shields.

“We will win this battle if we work together, supporting those at the front line fighting this pandemic,” says Stefano Domenicali, CEO of Lamborghini. In another show of solidarity, Lamborghini’s historic factory is illuminated in the tricolore of the Italian flag every night.

Throughout this pandemic, cross-industry collaboration has proven more important than ever before. In an inspiring initiative from the United Kingdom, technology and engineering companies within the aerospace, automotive, and medical industries have come together to form the VentilatorChallengeUK Consortium. This comprises notable firms including Rolls Royce, BAE Systems, Airbus, Siemens, and GKN Aerospace, and it has quickly produced more than 10,000 ventilators for the UK’s public healthcare system, the NHS.

“The consortium brings together some of the most innovative companies in the world,” says Dick Elsy, who heads VentilatorChallengeUK. “They are working together with incredible determination and energy to scale up production of much-needed ventilators and combat a virus that is affecting people in many countries.” Elsy is also the CEO of High Value Manufacturing Catapult, a Birmingham, England–based research center that coordinates the consortium to ensure the best use of each company’s expertise. “I am confident this consortium has the skills and tools to make a difference and save lives,” he says.

3D Printing to Save Lives

Italian start-up Isinnova provides the perfect illustration of the power to think outside the box. At the beginning of the COVID-19 crisis, the company was printing valves for commercial face masks, but as hospital supplies started running low, a former head physician contacted the start-up with quite an unusual idea. He suggested that snorkeling masks made by sporting-goods retailer Decathlon could be adapted to become emergency ventilator masks suitable for hospital use. All that was needed was an extra connector valve.

Isinnova contacted Decathlon, which immediately sent over a CAD drawing of its product. The snorkeling masks were then dismantled and studied closely, before a suitable connector was produced. Isinnova calls this new connector (which it quickly produced using 3D printing) the Charlotte valve. Thanks to the valve, the new masks are now not only fully functional but also already connected to ventilators and successfully tested at a hospital in Chiari, Italy.

To help even more patients, Isinnova decided to share its connector file free of charge for noncommercial use, allowing others with 3D-printing capabilities to manufacture the Charlotte valve. They even provided a YouTube video with instructions on how to do it. Decathlon also immediately took snorkeling masks off its shelves, reserving them for medical use.

The current coronavirus pandemic requires pragmatic solutions. A good example of such a response comes from Dr. Christian Vollmer, executive vice president for production and logistics at European automaker Seat. Vollmer oversaw the conversion of an assembly line in Spain in just three days. A few weeks ago, when the line at Seat’s factory in Martorell, Spain, came to a halt due to the coronavirus crisis, Vollmer wrote to the head physician of the Seat medical department, asking her to find out what local hospitals and medical professionals needed. It turned out that they needed pretty much everything: personal protective equipment; masks; accessories for ventilators; and, of course, the ventilators themselves.

Vollmer formed a team of 15 experts, who met via videoconference and conducted research online to see how Seat could help. The team quickly found the start-up Protofy, which had made its blueprints for a ventilator available for free download. Just a week later, Seat was building its first prototype. An assembly line that is normally set up to manufacture chassis for the Seat Leon was converted to produce ventilators. “It was important to use an ergonomically suitable assembly line,” says Vollmer in an interview with German national newspaper, Zeit Online. “We want our employees to remain in good health, and we certainly don’t want them to have to take time off work because of back pain.” 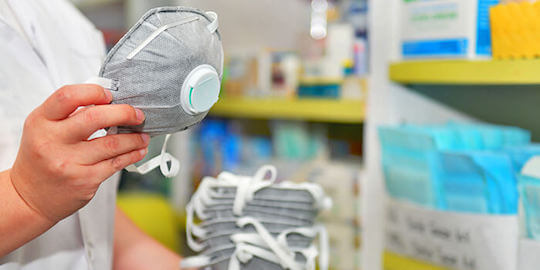 Learn how 5 other manufacturers have pivoted to help fight COVID-19.
Read More

Learn how 5 other manufacturers have pivoted to help fight COVID-19.
Read More

Converting a factory line from car to ventilator production overnight calls for two elements that are essential to any protoyping: the creativity and enthusiasm of company engineers.

Seat first used a motor for automatic power windows in initial prototypes, but it overheated very quickly. “This type of motor is used just two or three times a day at most and isn’t made for constant use,” Vollmer says. Then a coworker suggested using a windshield-wiper motor, which was adapted to simplify its components. The rain sensor and intermittent controls were removed, as the only requirements were speed and sturdiness. “The windshield-wiper motor is the best solution,” Vollmer says. The company also purchased third-party components for the ventilator. 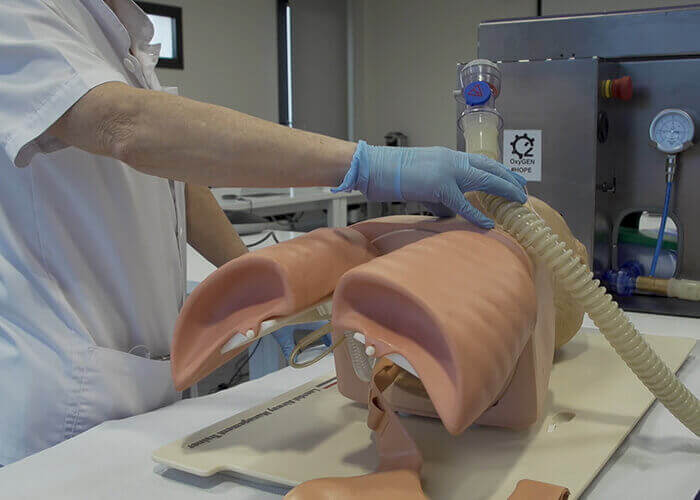 Seat made its first prototype in under a week. Courtesy of Seat. 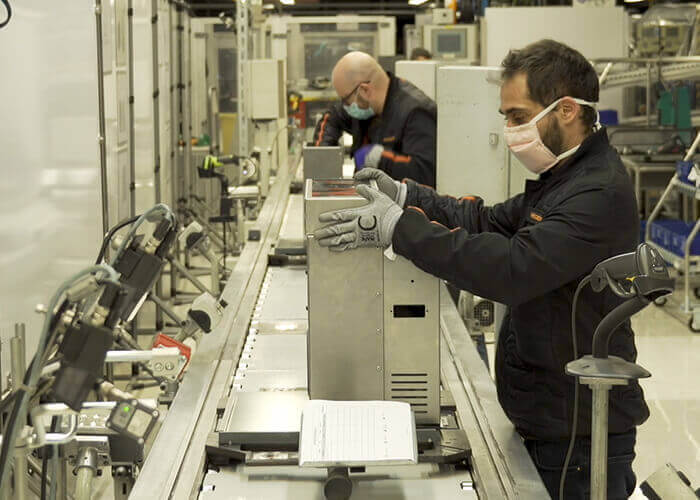 The ventilator being produced on the Seat Leon assembly line. Courtesy of Seat. 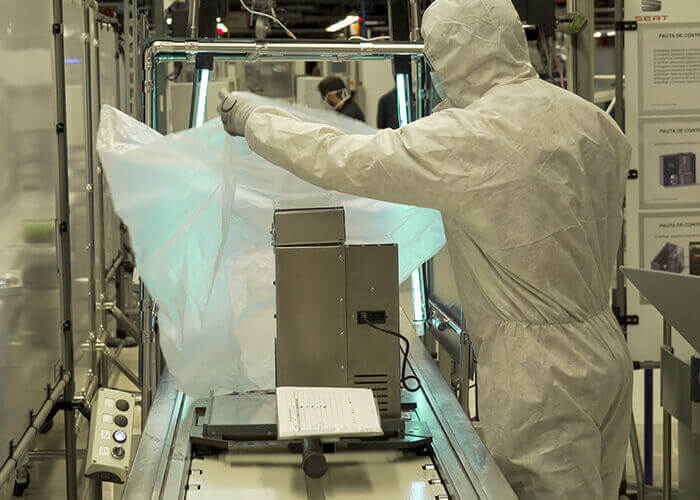 Seat can produce 300 units of the mechanical ventilator per day. Courtesy of Seat.

A total of 150 Seat employees from various departments have converted their usual workstations to produce ventilators. Working around the clock in three shifts, the company can make 300 machines per day. It’s a race against time. Vollmer maintains contact with doctors, and quality controls are made daily. “At such a large company, everyone is usually focused on their own department,” Vollmer says, noting that now everything has completely changed. “It’s great to see how we were able to bring together a team that for a few weeks was able to set aside any squabbling and spitefulness and think beyond their own success.”

Seat, Lamborghini, Isinnova, Decathlon, and the UK consortium prove that, even when COVID-19 turned the manufacturing industry upside down overnight, Europe’s top engineers are prepared to make a difference by working together.

AI in Manufacturing: How It’s Used and Why It’s Important for Future Factories