For her “Stonemilker” video, Björk stands on a beach on the island of Grótta off the westernmost tip of Reykjavik, the location where she originally wrote this song and recorded much of the album on which it appears, Vulnicura.

After the first verse of the song, the music video takes an unusual turn as Björk just walks off the screen, but there is no cut to a different scene; the music just continues on as the water laps lazily against the shore. The trick here is that the video was shot using a 360-degree camera that enables users to steer around the live video to continually find and follow her in a virtual-reality experience. At some points of the video, there are multiple Björks singing, and it is up to you to determine what you want to be seeing at any given moment.

“The song is a very personal telling of a feeling and moment in time,” says Tamsin Glasson, executive producer of Vrse.works, the company that created the video. “[Filmmaker] Andrew Thomas Huang and I would convene at her home and speak in-depth with her about the circular nature of the song, and ways to capture that feeling and nature.”

The 360-degree camera enabled them to capture Björk’s performance from as little as two feet away, and “it felt like a very natural thing to harness that rig to the piece of land which marked the physical birthplace of the song,” Glasson says.

The effect immerses you in a virtual dance with Björk as you keep moving to catch her, nearly removing the layer where the video seems to exist as a finished thing and instead evolves into an ongoing experience for you to explore, never watching it the same way twice.

Glasson says she felt the same sense of presence when watching the Björk video as she did watching Decontee Davis, the subject of Waves of Grace, a Vrse.works project for the United Nations that uses virtual reality to bring politicians and decision-makers into an experience to reveal the horrors of the Ebola virus.

“I feel an immense sense of empathy for both women, and I believe that sense of empathetic pull is something that cannot be triggered in the same way, with the same strength of intensity, when crafting and watching traditional, 2D, ‘rectangular’ film and media,” Glasson says. “I surrender my suspension of disbelief and share in their stories. The guidance of music and a refined binaural sound placement enhances the visual concert in both experiences and completes my sense of immersion.”

Björk’s “Stonemilker” video. Even without a virtual-reality headset, click the arrows in the upper-left corner for a 360-degree view.

With virtual-reality applications and headsets about to take off, it is becoming more common to hear examples of musicians experimenting with the technology, whether it’s Beck, Taylor Swift, or even Paul McCartney. It raises the question of how the intersection of virtual-reality applications and music might affect one another, especially in an age when fewer people really engage deeply with music, only buying individual tracks they like and ignoring the notion of listening to an artist’s album from start to finish like it is a purposeful thing.

How virtual reality will change the music world can be determined once headsets start being sold commercially within the next year. But it’s reminiscent of when MTV first launched, and the channel didn’t have many music videos. An artist like Bryan Adams would show up every 90 minutes in a swimming pool singing “Cuts Like a Knife,” and gaining potentially more traction than he would have if MTV had hundreds of additional videos. It seems like this situation is about to happen again. 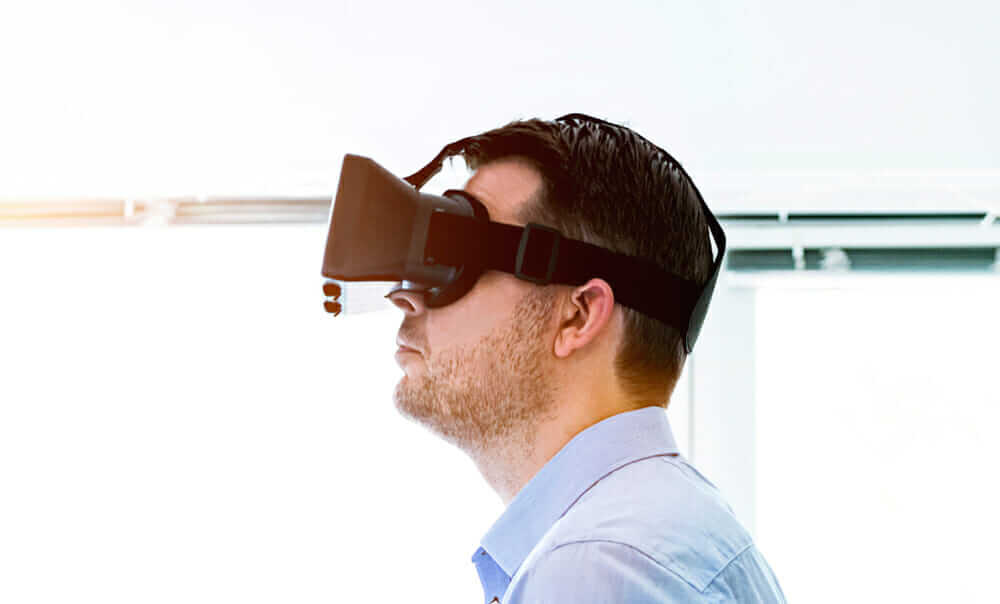 “It’s absolutely true,” says Greg Downing, co-founder of xRez Studio. “People are going to run out and buy these headsets, and they are going to be looking for content. The artists that are in there already will get people watching their content over and over again.”

Downing has worked on visual effects for blockbuster movies, and also helped create the digital terrain for Björk’s “Black Lake” film experience that was the centerpiece of her recent MoMA exhibit in New York City. He says certain artists, like Björk and Beck, just see the potential of virtual reality and immediately want to start creating within that world.

“If you show this to an artist like Björk, she instantly understands what it was and what the potential is,” Downing says. “She had a lot of excitement about that, so that was a logical next step in her progression as an artist. It wasn’t a cynical business approach of, ‘This will help me reach an audience.’”

One essential thing for any artist going into virtual reality is the humility of admitting what they don’t know and building a powerful team around them who can help guide them, unlike the recording studio where they may have mastered the inner workings of their audio equipment.

“Björk had an idea of what she wanted to do,” says Brian Pene, director of emerging technology at Autodesk, who helped produce Björk’s “Black Lake” installation and immersive “cave” cinema room at MoMA. “It was heavy stuff, and, when you heard the song, it was very emotional.

“I think one of the things a lot of us noticed was that when an artist or someone has a vision before they commission the work, they don’t always know what’s possible,” he continues. “They don’t always know what’s achievable, so people came in to form an integrated feedback loop and say, ‘Hey, can we do this? What if we did this, what if we did that? What if this happened, and I wanted to make this piece more emotional? How might we do that?’ That was sort of a collaborative effort to figure out what’s possible so that we can execute based on her amazing vision. I mean, it’s a heavy song. It’s all about heartbreak.”

While feeling someone else’s heartbreak more deeply may not be everyone’s cup of tea, there will obviously be many uses for virtual reality within the music world. Concerts may be an obvious use case, but there may be better uses that favor exclusivity over being in the front row.

“It might be a better experience to be there personally with the artist and have them singing to you, rather than them singing to 10,000 people,” Downing says. “There’s an experience of intimacy that’s an opportunity with virtual reality. But there clearly will be lots of live events, and the technology already exists to do live streaming of virtual-reality experiences. That’s going to happen at everything from concerts to conferences to sporting events, where this will all be streaming live to headsets.” 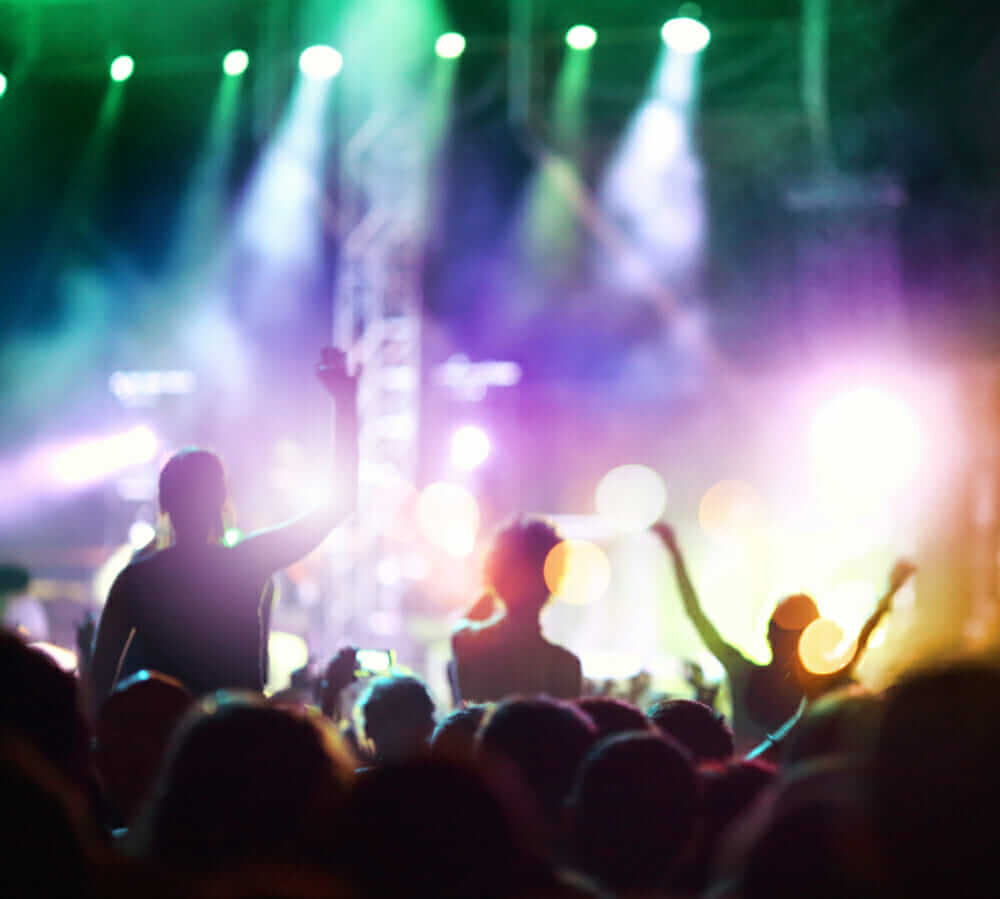 Glasson agrees that the connection between fans and music will change in ways that just can’t be predicted yet.

“I think we are going to experience a real shift in the manner in which artists share their music and the way that fans are touched by it,” she says. “I believe that virtual reality provides a very natural way for people to feel closer to artists and, therefore, to their stories and music. With great mindfulness, our storytellers will be able to curate and reimagine concert experiences to better suit digital populations across the globe.”

And while new media tends to surface visionary outliers like Beck and Björk first, Downing says he doesn’t think they are going to be the exception.

“They will not be anomalous,” he says. “There will be a lot of content produced for this type of consumption.”

Glasson says it is the same as when Bob Dylan showed up at a folk festival in 1964 with an electric guitar, plugged in, and was met with shouts and boos from an audience who wanted him to stick to acoustic folk songs.

“He was bringing his version of electric rock ’n’ roll to the people,” she says. “He recognized the cultural wave that was coming. It had already hit for him, and he was inviting his fans to embrace the new and his own developing taste for something different.”

Oh, the times they are a-changing again.