In this digital world, creation often starts on computers. But fashioning, shaping, and molding raw materials into a finished piece of hardware or a consumer product requires a dedicated worker’s skill. The same goes for erecting a building—some things simply can’t be done online.

But thanks to advances in virtual reality (VR), these skills can be taught in a simulated classroom. Industries across all sectors have a growing need for education and training in the workplace, from detailed technical tasks to soft skills such as public speaking. Many of these skills actually benefit from the repeatability of virtual learning. “This medium is a powerful way to immerse someone in an environment and can lead to behavior change in the real world,” says Derek Belch, CEO of Strivr, a VR-based immersive-learning company that addresses different training needs, from onboarding logistics staff to teaching management and interpersonal skills to office workers.

Architecture, design, nursing, and more have turned to virtual training. Tools developed by 3M and others have been a boon for the construction industry, training workers on welding and fall protection. New platforms have been developed to train manufacturing workers faster, like a training simulation that Connecticut-based energy company Avangrid developed for wind-turbine technicians. Lenovo’s VR solution helps new hires get up to speed on repairing industrial machinery. Office work has also seen a similar training boom: Accenture, the global consulting giant, uses VR to share recruitment techniques.

In the COVID-19 era, in-person classroom experiences are on hold, which may make VR training truly mainstream. Belch says that with so many people working from home, engaging and training a newly remote workforce is a priority for companies. Global market intelligence firm IDC predicts the market for virtual and augmented-reality (AR) training will hit $8.5 billion in 2023, more than half of today’s total market for AR and VR ($16.8 billion). 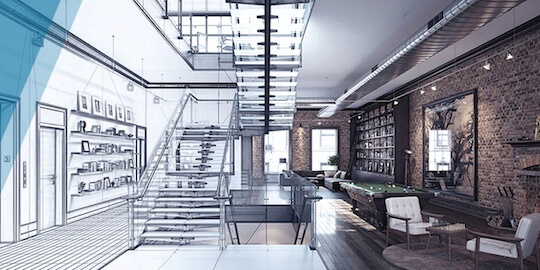 “The changes during the pandemic are benefitting the industry now, and the shifts it will bring also set it up for growth,” says Jitesh Ubrani, an analyst for IDC. His research found that commercial purchases of stand-alone VR headsets have risen the past five quarters, including Q1 of 2020.

Although the VR industry has been plagued by the gap between expectations and experience, rapid improvements in quality and affordability have given it a new foothold in education. The VR industry still pushes the same narrative: the repeatability of the virtual classroom, exemplified by flight simulators, makes it ideal for developing experience and muscle memory. Now, more people are buying into it.

Programming that imparts “soft skills” such as honing interpersonal relationships, understanding diversity and inclusion, taking and delivering feedback, or firing employees has recently driven VR growth. Corporate training for those skills was done often in small group role-playing exercises with limited effectiveness due in part to the awkwardness of performing with coworkers and the difficulty of repeating scenarios.

“When you’re training with coworkers, there are still professional respect and filters there, which you won’t have with a simulated human,” says Scott Likens, an emerging tech leader at PricewaterhouseCoopers (PwC) who has studied VR training’s effectiveness. With VR goggles, employees can have a more immersive, multisensory, and engaging experience, without the fear of screwing up in front of office mates. “It’s a safer space,” he says.

It’s also more time- and cost-effective. A PwC study found that VR students learn four times faster than classroom learners. At scale, it also saves companies money. Despite the upfront investment in technology and hardware, such as goggles and training software, a VR program is cost-competitive with classroom learning with 375 or more participants.

This has pushed companies to take enterprise VR solutions more seriously, and new platforms (including Glue, Engage, and Spatial) were designed specifically for corporate clients. Likens says that there was a bottleneck when it came to creating content, but a number of start-ups are now designing new trainings for different industries, many focusing on soft skills.

“Now, there are platforms that are enterprise-focused, where you can collaborate with video, virtual whiteboards, and breakout sessions,” Likens says. “While we call this emerging tech, the value is there today. It’s time to just put on a headset and try it yourself.”

Big technological changes in recent years have enticed more companies to consider VR training, Ubrani says. The Oculus Quest headset dramatically improved the experience at a relatively low cost, making it more feasible for companies to invest in it. Advances in eye tracking mean programs can more accurately measure what a user is looking at in the virtual world. This makes training more interactive and more effective by concentrating visual processing power only on the area in focus, which increases the fidelity and realism of what users see.

The upswing of VR as a training tool in nursing exemplifies how the technology has met a changing workplace in the era of COVID-19. After the pandemic hit, hospital training became less feasible due to rising caseloads, which meant nursing students had fewer opportunities to gain real-world experience. VR has helped fill that gap, says Molly Schleicher, an education specialist at Boston-based Oxford Medical Simulation, which works with more than 50 health systems and universities globally, including the New York University nursing school and Kansas City University school of medicine.

Shift, a company founded in 2018 that began using VR for implicit-bias training, has also found new opportunities in health care, addressing the training issues caused by COVID-19. The company pivoted to infection-reduction training modules, which let staff experience a COVID-19 scenario without risk, “seeing” the virus in a simulated hospital. This has led to Shift growing at “warp speed,” says Wendy Morgan, the company’s CEO.

Maggie Hubbell, Shift’s co-founder and chief operating officer, says that the latest versions of VR learning combine high-end audio and visuals with hand-tracking cameras, creating an experience “realistic enough that you can feel water run between your fingers.”

Other highly skilled industries are also adopting VR training. Buro Happold, a large global-engineering consultancy, recently invested in VR suites across all its offices. Using InsiteVR, which connects with Autodesk BIM 360, allows engineers, architects, and designers to collaborate on building walk-throughs, coordination sessions, and design discussions in a virtual setting. “As a global consultant that embraces interoffice collaboration, it excites me that our team can walk through a building together while in different parts of the world,” says Paul McGilly, associate principal of the firm’s New York office.

The technology also increasingly addresses interpersonal communications, higher-level thinking, and collaboration. Strivr has seen the type of worker who uses VR evolve, especially during COVID-19. In the past, the company has made training programs for frontline staff in warehouse and logistics roles for Verizon, Sprouts Farmers Market, FedEx, and Walmart—including a “Black Friday” simulation to acclimatize new hires to the busiest day of the year. Now, it’s more about helping the knowledge worker. With so many offices working remotely, skills training for this sector of the workforce is in demand. “What we thought would take three to five years to become popular is now being picked up in three to five months,” Belch says.

Knowledge transfer is another new frontier for vocational VR—as well as AR—training. Ubrani says there’s been discussion of capturing the skills of aging artisans and senior workers via AR, recording their movements, and then editing down the video for new hires. When different skills of varying complexity can be captured in VR or AR, the promise of an unlimited and risk-free practice space will come to fruition.

This article has been updated. It was originally published in August 2020.