How does a building take its place in a city’s skyline? In the Hollywood version of the story, owners commission a building, define basic requirements, and stand aside as architects work their magic with pencils and drafting tools.

Picture the 1949 movie The Fountainhead, about an innovative yet self-absorbed architect named Howard Roark (allegedly modeled after Frank Lloyd Wright) who refuses to compromise his ideals. Controversial though it is, the film (and the novel before it) has inspired generations of people to become architects.

A lot has changed in the 70-plus years since then. About 40 years ago, the architecture, engineering, and construction (AEC) industry began an accelerated digital transformation. It started with digitization—the transition from paper drawing and analog processes to digital tools and computer-assisted design.

In parallel to digitization, architects encountered increasingly complex design problems such as growing global populations, urbanization, and climate change. Given the planet’s finite resources, designers were asked to do more with less, with demands for more efficient and sustainable buildings.

Over time, digitization stepped up to become something bigger: digitalization. It’s the process of empowering technology and data digitization to impact how work gets done, transform how customers and companies engage and interact, and create new revenue streams.

The introduction of BIM (Building Information Modeling) roughly 19 years ago was the foundation and catalyst for a second digital transformation. By uniting all project data into an integrated platform, BIM spans the entire lifecycle of building projects—from design to build to operations—and helps teams deliver projects with more certainty.

But in the past decade, as large projects required more companies and stakeholders to work together across time zones around the world, new ways of working demanded more seamless connections and faster access to real-time information and insights. This ushered in the next significant transformation: BIM in the cloud.

COVID-19 accelerated the transformation because people have had no choice but to collaborate virtually. Chief information officers have articulated the need to move to the cloud, often on a four- or five-year roadmap, but the pandemic sped up their plans by several years.

What’s coming next is a fourth transformational shift that will again change the way people work—an era in which data will be more centralized and flow more fluidly among project stakeholders.

Insights will be driven from that data to automate tasks such as analyzing building codes or tracking maintenance schedules. And the time that saves will help AEC practitioners design, engineer, build, and operate buildings better and faster—with less waste in materials and cost. 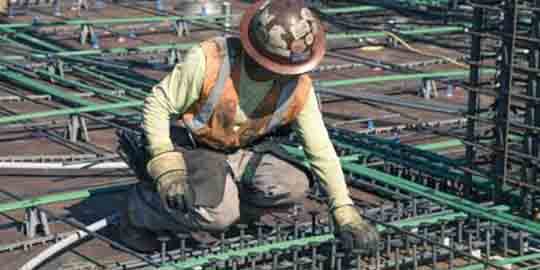 The ultimate enabler of this fourth wave is BIM plus enriched data, which is represented in a digital twin: a dynamic replica of a physical asset that brings together design, construction, and operational data.

Owners want more control over their projects because they are tired of being the victims of the industry value chain, often taking the biggest financial hit when projects are over budget. According to McKinsey in 2016, large projects are, on average, up to 80% over budget. But owners have lacked the tools to take control of the design-and-build process.

Meanwhile, various stakeholders have their own models. Architects design for what people see, not what’s inside the walls. Engineers model to ensure the structure’s integrity is sound and will be resilient against forces of nature. Contractors use BIM to understand things like clash detection and quantities. But at the end of the day, that’s not what owners need.

What they need is a digital asset mapped to the physical building to help control operations—based on behavioral data from sensors—to simulate, predict, and inform decisions based on real-world conditions. And they need to define their project goals in the digital asset and push that to the value chain. Digital-twin technology (such as Autodesk Tandem) will make it exponentially easier for the architect, engineer, and builder to meet those owners’ needs. It will be especially important to owners of complex buildings such as hospitals, schools, and offices, where the general rule of thumb is that 80% of the total cost of ownership happens during its maintenance and operations over a 30- to 50-year period. 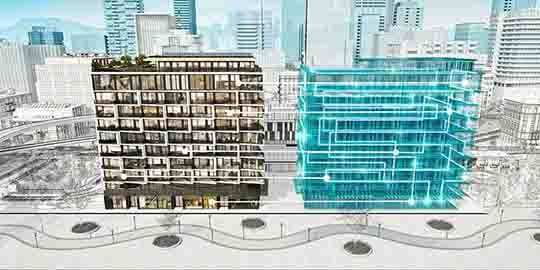 Learn all about demystifying digital twins for the AEC industry.
Download E-book

Traditionally, architects have handed off a series of files from the common data environment (CDE) to the owners, and BIM has been the backbone for that CDE. But soon, architects will deliver fileless data to owners in the form of digital twins, and the backbone of the digital twin will be a common data platform (CDP) capable of aggregating files and data from BIM processes and driving project goals with data-driven insights.

Use of Digitalization for Maintenance and Sustainability

When digital twins become expected deliverables for owners, maintenance costs will come down and owners will be better suited to meet sustainability goals.

Imagine a building where the building managers need to change air-conditioning filters every six months. Today, the owners might manage tasks like this using a Microsoft Excel spreadsheet listing every infrastructure asset with dates for scheduled upkeep. It may or may not include the filter locations, costs of replacement filters, plus the time for the maintenance person to track down those filters.

With BIM, it’s easy to include geolocation for each filter, along with its maintenance history. The manager can query the model to show exactly where the filters are in the building and which systems they connect to, and the model can give the manager access to all operational information for each specific component.

Digital twins will also enable designers and engineers to perform more simulations, which can have a big impact on sustainability.

Now, add the power of artificial intelligence (AI). Suddenly, the building manager can take advantage of predictive maintenance. Each system or component has historical context. The manager knows not only where it is and the component’s material makeup but also the conditions surrounding it—she knows how people use each section of the building and even what kinds of weather patterns have occurred that impact function. Based on experience and use, leveraging machine learning, the manager can predict when that system is likely to fail and service it before it does. That’s the possibility created by a digital twin enriched through the BIM process.

A digital twin is also a useful tool for maximizing environmental sustainability. Buildings are responsible for roughly 40% of a city’s carbon footprint. In many ways, a building can be optimized to reduce its climate impact and consumption of power, heat, or water. If building managers look only at static charts, they won’t know where the hot spots are, but if they display the data on a 3D model, using sensor data from numerous locations around the building, they can understand how various parts of the building consume power or leak warm air.

During a recent project in Grenoble, France, Autodesk engineers met with a top regional government official. The engineers demonstrated a prototype digital twin of a government office building, and thanks to digital transformation, the official could visualize what was happening on a physical level. The image of the room changed colors based on the ambient temperature. The building is in the mountains, where it’s cold, but it was warm at 6 a.m. on a Monday, even though most people wouldn’t come in until 9 a.m.

The official wondered, “Why are we heating the building for three hours when no one is here?” Then he noticed, in the middle of the building, a room that was changing colors from blue to red, red to blue, blue to red. Someone explained that the individual who worked at that location constantly complained that it was too hot and kept opening the window (and leaving it open overnight) to let in the cold mountain air.

Data for the Next Project Begins With Digital Twins

Digital twins will also enable designers and engineers to perform more simulations, which can have a big impact on sustainability. For example, COVID-19 has made traffic-flow modeling an especially urgent priority because of the need for social distancing.

Simulation lets stakeholders use the insights they gather in designing, building, and owning a structure. This is where technologies such as generative design, AI, and machine learning, incorporated in tools such as Autodesk Spacemaker, add value. Every insight they capture can inform the next building they develop.

Spacemaker can help the architect and engineers optimize the design for, say, a school, based on designs for hundreds of schools of similar sizes, regions, and requirements. The system can incorporate tools such as social listening, capturing sentiment about those other schools from their comments and ranking on social media. That sentiment data can inform future decisions when the architect needs to retrofit a building or generate a new design.

These kinds of insights ensure the team is starting with concepts that work—for example, that a specific design was delivered 30% faster than an alternative or that a successful project used prefabrication. Ultimately, these insights can inform the BIM process and be reflected in a digital twin.

The digital twin has implications far beyond buildings. At the city level, twins can be used to improve the way bridges, roads, highways, and utilities are built and maintained.

The AEC industry has come a long way since the days of protractors, compasses, and T-squares. Digitalization and digital transformation will help the industry by providing automation and insights so it can build better—faster—and bring more satisfaction to the owners and occupants it serves.

It can even help architects—like The Fountainhead’s Roark—find more time to be creative and innovative. And most important, it will make cities smarter and more resilient when faced with design challenges of the future.

This article has been updated. It originally published in March 2021.