When A+I founders Dag Folger and Brad Zizmor finished graduate school at Columbia in 1996, during the rise of the dot-com era, they recognized an opportunity to shift the standards of workplace design. By changing the spaces in which people worked, the young New York architects aspired to change the very way work was done.

Since then, A+I has grown into an internationally recognized firm with a diverse portfolio in architecture, interior design, workplace strategy, and brand design. Their clean-lined, naturally lit office spaces and brand designs for clients (including Tumblr, HBO, and Under Armour) are dramatic yet warm, and have earned the firm an induction into the Interior Design 2016 Hall of Fame. 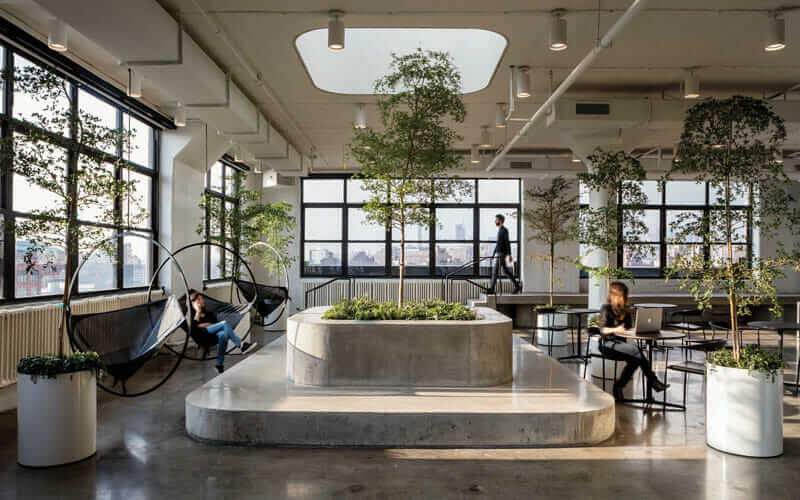 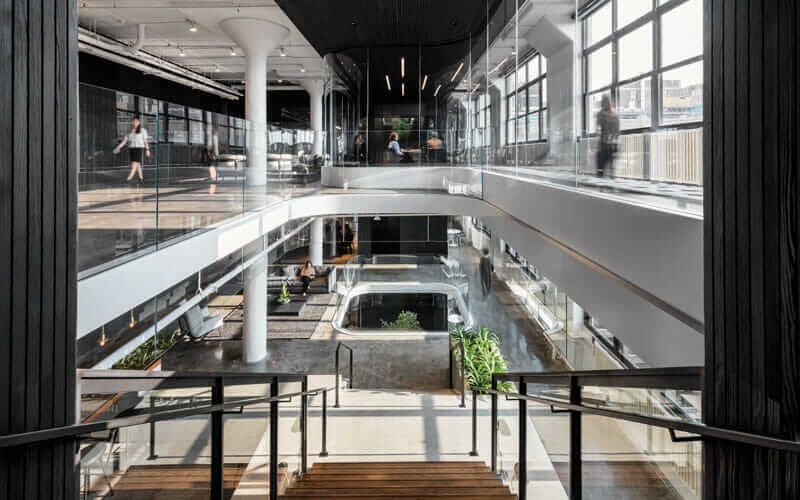 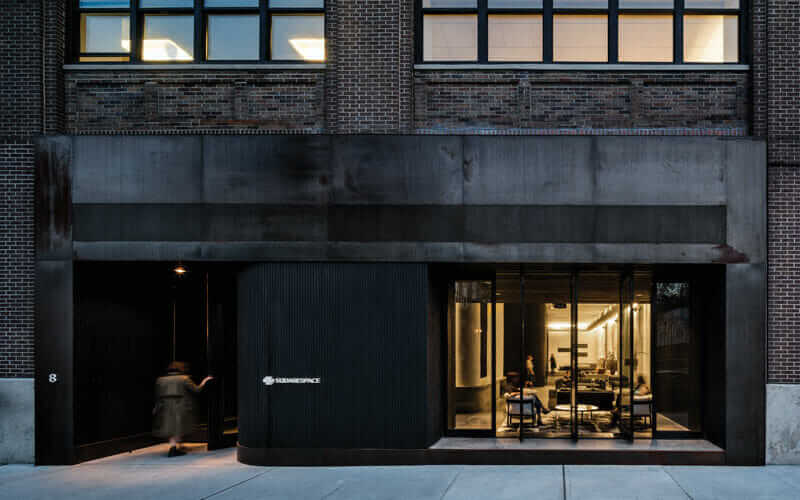 A 50-foot-wide Italian marble staircase announcing the entry to theMART—once a hulking Marshall Field’s warehouse and wholesale center, and now one of Chicago’s premier locations for interior design showrooms and tech firms—is just one stunning example of A+I’s new vision of the modern workplace.

Together, Zizmor and Folger are a formidable duo. Zizmor describes himself, half-jokingly, as a frustrated stage actor, whose theater background has shaped his understanding of architecture as a performative enterprise. Props, lights, and choreography, whether articulated in office buildings or on Broadway, have the power to excite the imagination. Folger’s connection with architecture is more visceral. In high school, he helped his neighbor in Denver build a house from the ground up. Afterward, observing the daily rituals of the home, he came to recognize design, construction, and habitation as part of a singular, evolving dialogue. Here, the two speak about how architecture is inspiring people to work, and live, at a higher level.

A+I stands for “architecture plus information,” and you’ve said the best architecture comes from information. Why?
Zizmor: When we emerged from Columbia, we started exploring architecture’s power, in storytelling and narrative, to change people’s behavior and persuade them to dream, behave, and work differently. Architecture should be performative, and research and fact-finding is a big part of that.

What is the most challenging part of the creative process for you?
Zizmor: Our designs are not works of decorative art that stand on their own. We look at the creative process as a partnership with clients—an engagement. Staying focused on that is tricky. But we would rather create the best version of our client’s project than a compromised version of our own vision.

How do you design an office in harmony with a client’s workplace culture and dynamics?
Zizmor: The best way to answer that, I think, is by looking at two projects, for two similar companies, where we arrived at very different responses. One is Squarespace, whose headquarters in New York we worked on for eight months. They have a culture of interruption there. Whether it’s the group of folks on the technical side writing code or the creative side developing conceptual templates and graphics for website production, people were having trouble staying focused.

We wanted to create separate areas for radical collaboration and radical focus. So we put the private parts of the day closest to windows, and sequestered moments of deep collaboration—talking, diagramming on whiteboards—in a dark mass in the center. Architectural cues signal when to transition between the two.

Folger: That was a very different approach than we took with Horizon Media, a company that historically is very siloed—not only in terms of intellectual content, but physically. So much of their capital was focused on salaries and people, rather than collaboration. Much of the knowledge base was fragmented because their working methods focused on individuals and did not compel employees to share information with other teams. There, we wanted more interruption to happen. So, we made the circulation areas much wider, not just for getting people from A to B, but as an extended meeting zone where people from different areas of the company could see each other and meet in various ways.

Tell me about an epiphany you had, after talking to a client, that changed your design approach.
Zizmor: theMART is a good example. Touring the lobby with the client, we asked what they’d like us to build, and he said, “I don’t want you putting anything in this room.” The aha moment was realizing the opportunity in not adding anything but problem solving. The answer to how to connect the building’s community was not to build but to strip away: to remove retail tenants, contributing sizable square footage for social connections and visual, architectural connections. We inserted a stair into the newfound space; 80% of the staircase is a place where you can sit and hang out. Sometimes the best design solutions require removing more than you build.

Discover more creatives in the “Inside My Design Mind” series.
Read More

If I notice a common theme among your interiors, it is a clean white palette with plenty of natural light, punctuated by bursts of color—a bright-orange sofa, a large mural. What is the thinking behind your style?
Zizmor: We look at it not as an aesthetic style, but as an expression of values and priorities in the world. There is movement toward wellness among our client base, a real focus on well-being in the body. We’re mindful of that and incorporate techniques that bring more natural light and plant material into the space.

Folger: It also goes to economics. We prioritize projects according to where money interfaces and solves problems for people. A building should have its own voice in the design outcome, and that takes a level of restraint and discipline. You don’t need to adorn every surface. You focus attention and economy on places that matter most. 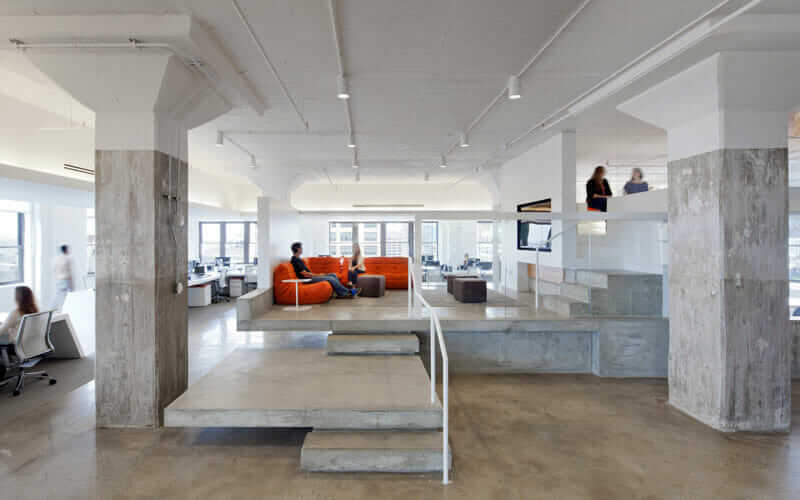 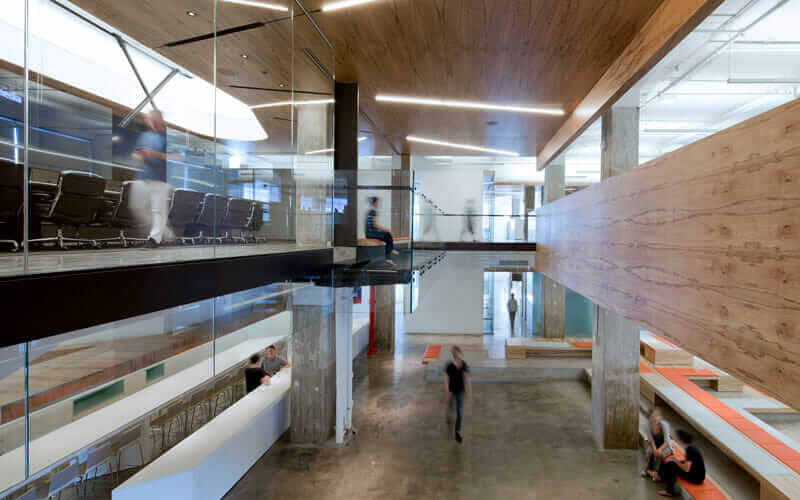 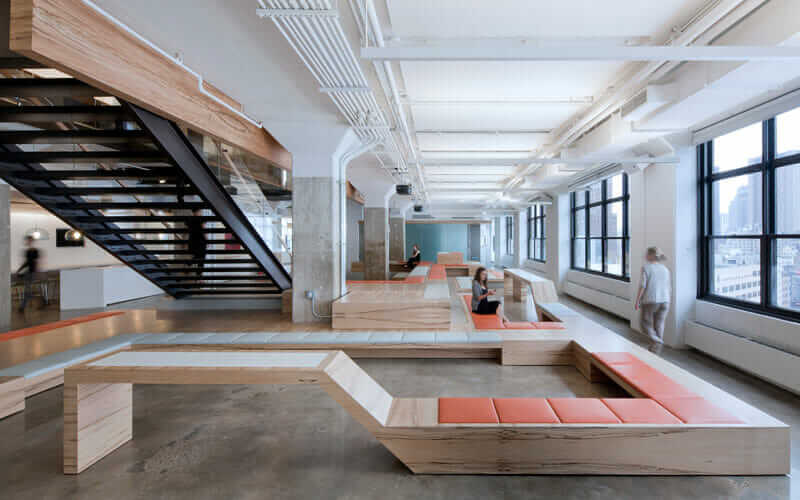 How does digital 3D modeling influence your work?
Folger: We don’t expect our clients to read drawings or to see lights or stairs. So 3D models are an incredibly powerful tool to get everybody on the same page. Virtual reality is also getting great traction and becoming a major influencer. What’s exciting and promising about all this, for us, is you can take a Revit model and put it through a VR camera rig and knit those images together. Fifteen years ago, it was difficult, expensive, and time-consuming to give the client the capability to see the same things as you. All that’s changed.

Much of your work is in New York. How does the city inspire you?
Zizmor: The whole notion of performative architecture and its powerful effect is so present in New York. It’s so exciting every day, taking the subway for 45 minutes, to watch 100,000 people move in ways you didn’t think possible. It’s made us redouble our efforts to think about how architecture can reinvent the human condition for the better.